Depression is a silent killer, an epidemic that is tragically sweeping across America which 17.3 million American adults are diagnosed with – over 7% of the American population. It’s also more than just an individual disorder: It is a leading cause of disability worldwide and costs the U.S. economy more than $100 billion every year.

Depression is a massive problem. And you need to know the signs of depression.

To that end: Here are 12 depression signs which you should never, ever ignore. Some are obvious, some less so. But if you or a loved one ever find yourself exhibiting some of these symptoms, seek help immediately. Depression is a painful, debilitating disorder. But the good news is that you can receive treatment via therapy and medication. People who suffer can lead happy, productive lives – if they seek the treatment that they need.

This is the most obvious of all the depression signs, but it’s more than just feeling down in the dumps because of a bad day at work. For a depressed mood to be a sign of depression, it must be long-lasting (the DSM-V defines it as having a depressed mood “most of the day,” for almost every day of a two week period).

Another way to describe this type of depressed mood is understanding that it is more than just attributable to something external which happened in your life. The depression feels real, palpable, and disproportionate to anything happening in your world.

People don’t always express this condition with a sad or depressed mood. Instead, it often manifests as increased irritability, sensitivity, or anger. This means that sufferers are more likely to snap at people or become enraged faster than usual.

Interestingly, irritability is not a formal symptom of depression in adults on the DSM-V. However,  it is noted as one among children and teenagers. Some doctors report as many as 1 in 3 patients self-report increased irritability when they are depressed. And they also note that their irritability decreases as they treat their depression.

Depression and anxiety are linked, with anxiety being one of the potential symptoms of depression. Anxiety can occur in many forms, but it is generally understood as being a general feeling of worry or panic which is not attributable to any specific event or circumstance. While everyone gets anxious at some point, the anxiety felt by someone who is depressed either occurs for no reason or is disproportionate to any outside event.

Depression often saps someone’s energy, vitality or desire to do much of anything. Indeed, depression is often characterized by laying around, moping, watching television, playing video games or engaging in other activities which don’t require the use of a lot of energy. This isn’t because of laziness, but because someone who is depressed is too tired and/or scared to do anything else.

While fatigue can be a symptom of depression, the reverse is also true: Chronic Fatigue Syndrome often occurs first, followed by depression. That’s why it’s important to note that one of these signs, occurring in and of itself, doesn’t automatically mean that someone has depression.

Sleep trouble and depression signs are inexorably linked; individuals with depression often show signs of insomnia (not being able to sleep) or hypersomnia (sleeping too much).

There are many potential reasons for this, but it is important to understand the purpose of sleep: It restores the body and helps return your body and mind to a state of equilibrium. Not being able to sleep not only puts your physical body at risk, but it puts your mind and mood in danger as well.

Like many of these symptoms, depression can cause sleep trouble, but sleep trouble can also cause depression, with research showing that the risk of depression is high among people who have trouble falling asleep or staying asleep.

Of all of the depression signs listed here, this is the most serious. Suicide is, tragically, on a dramatic rise, with rates of suicide reaching highs not seen since the World War 2 era. More than 47,000 Americans died by suicide in 2017, an increase of 33% since 1999.

Remember, too, that suicidal ideation should not be confused with a suicide attempt – most people exhibit a variety of warning signs before attempting suicide. These include:

One of the more common depression signs involves changes in eating habits. Some people will eat less (or stop eating altogether) when experiencing a depressive episode; others, however, will eat more, finding comfort in food, and resulting in significant weight gain. 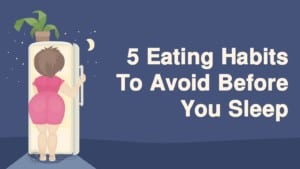 When you’re depressed, you may look for relief anywhere, and that includes food. As a result, people will self-medicate via comfort food. Unfortunately, this often means eating food which is high in fats or sugars. And that promotes serious weight gain.

On the other hand, some people who are depressed lose their appetite. Or, they just sleep through their meals altogether. Depression can sap your motivation on energy to do anything – including eat.

Depression causes guilt. It can make you feel like you are an awful, horrible person and a burden to those around you. Research has shown that depression suppresses your ability to think logically and solve-problems; as a result, any small seeds of guilt you may feel blossom into something much more severe. Furthermore, depression causes physical changes in your brain which make you more likely to feel guilt.

As a result of these changes to your brain and problem-solving abilities, you simply feel like a failure and are thus unable to purge the guilt from your system. Perversely, much of this guilt is often centered around having depression in the first place, resulting in a self-perpetuating cycle of feeling more and more guilt.

Loss of interest in sex

One of the lesser-known depression signs is a loss of interest in sex. It can dampen your sex drive. And that’s unfortunate, as sex boosts the mood and strengthen relationships.

This happens for many reasons, including the hormonal changes which your body experiences during the depression. It also occurs because people with depression have a harder time anticipating and experiencing pleasure, which is obviously necessary for the enjoyment of sex.

Depression and sexual dysfunction are often tied together: One study found that 40% of women who have a sexual disorder also have depression.

Digestive problems and depression often go hand-in-hand, and studies have proven that depression, anxiety and stomach problems often work together. Some doctors have even noted that there is a specific “gut-brain” connection which links the state of our stomach with our mood, and vice versa. After all, the brain controls much of the stomachs functions, but the reverse is true as well: The state of the stomach can influence someone’s mood or brain function.

The pain of depression can be more than mental. Indeed, it’s often physical. And depression might be the culprit behind many physical aches and pains, including soreness, tension, headaches and more.

This happens because of the interconnected nature of our brains and bodies. The same chemicals which impact depression (such as serotonin and norepinephrine) don’t just influence mood – they also influence pain. As a result, depression can cause flare-ups in an array of common aches.

Even worse: Depression doesn’t just put you in pain, but it increases your pain tolerance, with a 2015 study showing that people with major depressive disorders had a lower tolerance to pain.

One of the more common depression signs is difficulty concentration. This can be in any area, ranging from paying attention to class to remembering small things like where you put your keys.

This occurs because depression damages parts of your brain, including the hippocampus and amygdala. As a result, you can’t concentrate as well.

Unfortunately, multiple episodes of depression can increase the severity of these symptoms, and some medications can further hurt this problem.

If you or someone you love has exhibited any of these depression signs, you don’t need to feel alone. Even if you have limited financial resources there are therapists or doctors who are available to help you beat back depression. Millions of Americans suffer. However, they also lead good, healthy and happy lives, thanks to appropriate treatment.

This can be you.