Chronic fatigue syndrome, also known as CSF, is a complex illness that affects approximately 17 to 24 million people each year. It can cause a wide array of symptoms, which can vary from person to person.

CFS is more than just being tired. It involves a feeling of ongoing fatigue, feeling unrefreshed even after sleeping and a variety of symptoms that worsen after physical activity. Myalgic encephalomyelitis, or CSF, cannot be diagnosed with a blood test. Diagnosis is made based on a person’s symptoms, overall presentation and exclusion of other illnesses.

While some people who have CSF rely on medical modalities and treatment to alleviate their oftentimes painful symptoms, others may use a more holistic approach for symptom management.

Although we don’t know exactly what causes CFS, it’s now believed to be triggered by specific genetic mutations that when combined with exposure to certain viruses or toxins, cause feelings of exhaustion, pain and host of other non-specific symptoms. Women are more likely than men to be diagnosed with CSF/ME.

Viruses like Epstein-Barr, enterovirus and Lyme disease may contribute to or exacerbate symptoms. In addition, disruption of the sympathetic nervous system may also be involved in the development of chronic fatigue. Physicians also speculate that in addition to viruses, there may be other contributing factors, which include:

The symptoms of CSF can impact a variety of internal systems and functions and also vary dramatically. Viruses like Epstein-Barr, enterovirus and Lyme disease may contribute to or exacerbate symptoms. In addition, disruption of the sympathetic nervous system may also be involved in the development of chronic fatigue.

Almost everyone who suffers from CFS is going to experience pain or discomfort in one form or the other. This can range from cramping and headaches to almost unbearable widespread pain. The pain itself is often described as a soreness or an ache in the muscles. The sensation may start in one area and move on to the next.

Other people have described the pain as a either a sharp, shooting, burning, tingling and throbbing. In rare cases, CFS can cause a person to become extremely sensitive to heat, cold, light and touch, which can also cause pain.

One of the most common symptoms of CFS is having difficulty with thought processes. Cognitive impairment caused by CFS can present itself in many different forms. People who have cognitive impairment can have problems with remembering things such as recent conversations and where they placed certain items.

Trying to think and solve an easy problem can significantly reduce the energy levels of a person with CFS.

CFS is also one of those illnesses that can cause sleep disorders. This includes an unrefreshing sleep, which is when a person feels exhausted despite sleeping for hours. Other sleep disorders include sleep apnea, insomnia, hypersomnia, restless leg syndrome, phase shifting, fragmented sleep and night sweats.

Fatigue is when a person suffers from a significant lack of energy. It’s been recognized by doctors that fatigue is a reduced ability to perform daily activities that were part of a person’s routine. The fatigue that comes with CFS usually lasts up to six months, however, it can last a lot longer if it’s severe enough.

When used in the context of CFS, fatigue is not used as a way to refer to someone feeling exhausted. People who suffer from chronic fatigue syndrome might not be able to get rid of the fatigue. In severe cases, getting extra rest may end up making the symptoms worse.

Many people have described this feeling as being completely drained. If a person pushes past their limits, it can be detrimental to their body’s health. That’s why it’s important to take things slow and pace yourself if you have CFS.

Dizziness is one of those symptoms that’s often associated with most cases of chronic fatigue syndrome. It’s basically a spinning sensation that can occur when a person is off-balance. Most people with CFS tend to feel dizzy when they get out of bed after a night of restless sleep.

Another common symptom of CFS is a persistent sore throat. It’s worth mentioning that these symptoms will last as long as the illness does. Luckily, easing a sore throat is very simple. You can accomplish this by either gargling salt water or taking medicine.

Another hallmark symptom of CSF is swollen, tender lymph nodes that appear without infection. They usually present in the neck, under the arms and possibly in the groin. Since lymph nodes swell in response to an infectious process, it’s can be downright frightening to have swollen lymph nodes without an infectious source.

it’s not uncommon for people suffering from CSF tvero develop allergies or food sensitivities. Scents you used to find pleasant may now be off-putting, or you may find yourself coughing and sneezing although even if you never suffered from allergies in the past.

Many people suffering from chronic fatigue will feel like they have the flu, even when it’s not flu season. They may suffer from low-grade fevers, joint pain, stiff muscles, nausea and an overall feeling of being unwell. However, when given medication for the flu, symptoms usually persist.

Since many conditions present in the same manner, diagnosing CFS can be challenging. It’s estimated that 84 to 91 percent of all people suffering CSF still do not have a definitive diagnosis. Many people with CSF do not look ill, so some doctors may not take them seriously.

Before being diagnosed with CSF, your doctor will need to rule out other potential causes of your symptoms. They will go over your medical history and then confirm that you are suffering from the core symptoms of chronic fatigue syndrome. They will also want to know how long the symptoms have been going on, what exacerbates or alleviates them and the severity of your fatigue.

Some of the conditions that mimic CSF include:

CSF is most commonly diagnosed in women between the ages of 40 and 50 years old. Although men are not immune to developing chronic fatigue, females are more likely to be diagnosed with the disorder. Other factors that may increase the risk of CSF include:

To date, there is no cure for chronic fatigue syndrome, nor is there one definitive way to diagnose the disorder. Since patients usually present with different symptoms, what works for one patient may not work for another. The best way minimize your symptoms is to work with a team of qualified healthcare providers.

PEM occurs randomly, so it’s important to make lifestyle adjustments to minimize the ill effects. Pacing, also known as activity management, can help you balance periods of activity and rest to avoid flare-ups. First, you need to note your individual limits when it comes to physical and mental activities. Then, you need to create a strategy to stay within these limits and rest when needed. Some CSF specialists refer to this period as the “energy envelope.” Keeping a log can help you define your activity limits.

Lifestyle changes can help you gain better control over some of your symptoms including sleep disruptions, brain fog and post-exertional malaise. Because dealing with CSF can be stressful, it’s important to learn coping strategies and stress reduction techniques. In addition, sometimes eliminating alcohol, caffeine and eating a healthy diet can ease some of your symptoms. 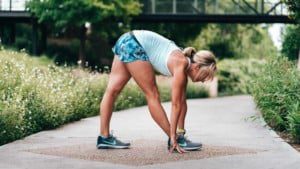 Usually, there is not one specific medication to address all of your symptoms. Since the symptoms can wax and wane or even change, the medication you take will have to be adjusted. In some cases, CSF can cause or be a symptom of depression. If this is the case, you might need antidepressant therapy and referral to a mental health specialist.