Certain kinds of tumors are very difficult to treat. They don’t respond easily to conventional forms of cancer or tumor treatment, such as radiotherapy and chemotherapy. Doctors and surgeons can face difficulty attempting to detect the exact position and nature of the tumor, making it harder to remove and treat.

One such type of complex tumor is glioma, which is a highly dangerous and potentially lethal kind of tumor. It spreads fairly quickly throughout brain tissue, making it hard to pinpoint and therefore difficult to remove in its entirety, as some of the tumor might have spread somewhere that doctors didn’t detect.

Luckily, a brand new technique may help with this process. This imaging method is more than a little unconventional, especially given its contents: scorpion venom. Yes, that’s right! It’s definitely hard to imagine using scorpion venom for a human brain.

But this imaging technique has research backing it up, and it could mean a huge positive change in the way that doctors are able to locate and treat brain tumors.

Depending on location, severity, stage, and growth rate, glioma can be fatal. It is essentially one of the most common roots of brain tumors. Symptoms of the condition vary, but most of the common signs include:

As is the case with most brain tumors of a primary kind, the causes behind glioma are not fully known, though certain factors definitely increase the risk. Here are some of those factors.

Those who have experienced any form of radiation exposure are automatically at a higher risk for tumor development – including gliomas. This can even include radiation treatment, though many common sources of radiation, such as radiofrequency and electromagnetic fields, have not been found to affect this.

Across all types of tumors, the risk of developing one increases with age. That’s why glioma most commonly affects those aged 45 to 65.

It’s worth noting, though, that brain tumors can still occur at all ages. In fact, some varieties have higher rates in children and teens.

It’s fairly rare for any family to have glioma that genuinely runs in the blood. However, if you have relatives who have glioma history, you hold twice the chance of developing the condition.

The jury is still out on whether or not cellphone usage truly increases brain tumor risk. Certain studies indicate there may be some links, but a majority have yet to discover a connection.

Due to the modern nature of cellphones, it may be a while before we have a concrete answer regarding whether they truly pose a risk. If you are concerned, talk on your phone with hands-free devices or on speaker, and don’t sleep with it next to you.

The research entitled “Phase 1 Safety, Pharmacokinetics, and Fluorescence Imaging Study of Tozuleristide (BLZ-100) in Adults With Newly Diagnosed or Recurrent Gliomas,” published in the Neurosurgery journal on the 9th of May, is responsible for finding this revolutionary new technique. The credited researchers, in alphabetical order, are:

This unusual and odd-sound technique has its roots in tozuleristide. Tozuleristide, known also as BLZ-100, is a synthetic variety of one of scorpion venom’s peptides. As such, it isn’t really scorpion venom, so much as a fairly accurate but safe recreation of one of that venom’s distinguishing features.

To make BLZ-100 more visible, researchers simply mixed some fluorescent dye into the compound. This made it immediately visible under a somewhat infrared light, allowing the tumor cells to very easily contrast against brain tissue that should remain untouched. According to senior author Adam Mamelak, it practically lights up like a Christmas tree.

Clinical trials conducted on a small scale, thus far, have determined BLZ-100 effective and non-toxic, making it completely safe for use. These trials involved 17 patients of adult age who were suffering from brain cancer. The BLZ-100 did not give them any bad side effects, instead only making their tumors more obvious to operating doctors.

Here’s how these trials were conducted. Seventeen glioma patients – nine with high-grade glioma, and eight with low-grade glioma – were the test subjects.

These patients were administered with BLZ-100 in doses of between three and 30 mg three hours before an operation. Serum samples were collected, patients would go under the knife, and then they would be observed for the next week in order to take note of any unwanted side effects.

The BLZ-100 remained in tumors for about 24 hours, samples showed. No signs of side effects or toxicity resulted, which would have necessitated the limiting of dosages. Higher doses seemed to be required for higher-grade cases of the disease.

This isn’t all that’s currently being discovered, however. An experimental camera system, also put to the test during this research process, operated alongside the scorpion venom imaging agent. This camera system is designed to take dual images: white-light and near-infrared photographs.

This can really change the game when it comes to treatment, as it allows easy viewing between two types of imaging during a surgical situation, negating the need for other unwieldy cameras. Many surgeons find fluorescence integration into surgical practices to be seamless and appealing to use.

Currently, BLZ-100 and the camera system are going through rigorous testing in broader forms of clinical trials. One such study involves brain cancer in children, and many others are also following. Together, there is hope that this research will allow the method to be FDA approved relatively soon.

Researchers also believe that BLZ-100 may also be capable of working with other types of cancer and tumors when it is necessary to determine a tumor margin. Overall, BLZ-100 and these imaging techniques may be able to provide additional precision and safety during surgical procedures. As such, we can look to the future with positive thinking.

Glioma is typically detected through a variety of tests, such as a neurology consultation, imaging tests, neurological exams, and biopsies. Treatment options from there depend heavily on the prognosis and diagnosis; they also often involve the use of steroids. Here are some of the current options that deliver the most positive results.

Typically, treating gliomas begins with a form of surgery. Small enough tumors can be simple to remove safely from the surrounded healthy tissue. If it’s not possible to separate the healthy tissue from the tumor in question, as much as possible will be removed.

Removing a part of a tumor can still help reduce overall symptoms. The scorpion venom imaging technique can allow doctors to see the locations and states of tumors, enabling them to remove the tumors more easily.

It could work hand in hand with other surgery-related assistance methods, such as intraoperative MRI, computer assistance, and lasers. It can even assist in awake surgery where patients perform tasks during the operation to ensure healthy tissue remains undamaged.

In many cases of glioma, after surgery, a form of radiation therapy follows. This is especially important for very severe glioma cases, typically involving high-energy protons or X-rays in order to successfully kill bad tumor cells.

Many kinds of radiation therapy exist. Some involve using computers to take note of the exact location where the treatment must be performed. The scorpion venom technique could help this method become sharper and more accurate.

Protons, X-rays, and multiple stereotactic radiation beams are also used for gliomas. Once again, the importance of pinpointing the exact location of cancer cells means that the scorpion venom technique will come in handy.

Perhaps the most commonly discussed form of tumor treatment, chemotherapy involves the use of drugs to get rid of cancer and tumor cells. For glioma treatment, it’s often used with radiation therapy for best results.

The drug most commonly used for glioma is a pill labeled temozolomide. All forms of chemotherapy come with their fair share of side effects.

Targeted drug therapy is also another way to treat glioma, typically designed to focus specifically on abnormalities and certain features of the cancer cells. One promising option is Avastin, administered intravenously, which prevents blood vessel formation so that tumor cells are killed by lack of blood supply. 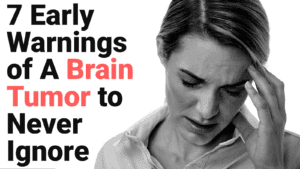 Research on BLZ-100 is still in its early stages, but clinical testing is moving along smoothly and there is a good chance that it will be approved for mainstream usage in hospitals in the near future. There have been no updates on current clinical trials, but we have confidence they will bear fruit.

Given the difficulty involved with removing gliomas, it’s a relief to see that new imaging techniques can make that job easier. With any luck, our positive thinking and these researchers’ hard work will pay off, and these methods will make their way into the healthcare system, enabling more surgeons and doctors to save more lives.