The late Robin Williams set himself apart from other celebs for a reason the public doesn’t realize–his humanitarian outreach efforts. Specifically, he championed for the homeless.

Celebrities are people, too. But all that money and fame can sometimes result in outlandish requests. We’ve heard all sorts of horror stories about the outlandish demands of celebrities on their riders. Many require specific quantities of specific brands of items.

Want examples of odd and downright crazy requests? Beyonce needs to have a dressing room at precisely 78 degrees. Justin Biber needs ten luxury sedans and a private jet. Drake requires 48 incense sticks. Justin Timberlake wants the entire floor of a hotel. You probably get the picture!

But many celebrities don’t have these types of requests on their riders. Instead, they may have very quickly fulfilled requests. Or, like the late Robin Williams’, one that is somewhat difficult to fulfill but rooted in incredible compassion.

Williams is well-known for being a fantastic person, and many fellow celebrities and his friends from his personal life have talked about how much joy he brought to the world around him. Here’s the story of how Robin Williams insisted film producers hire homeless people before signing him for movies.

How Robin Williams Helped The Homeless

A couple of years ago, a fan of Robin Williams named Brian Lord, who had also worked in event organization, shared a touching fact about the actor in a story that would soon go viral. Though Lord never worked with Williams for an event, one time, Lord came close enough to booking Williams that he received his rider.

A rider is a list on paper that provides information and requirements for attending celebrities and artists. These requirements are often technical needs or personal desires, such as requests for a vehicle, specific snacks or drinks, lighting requirements, or the infamous bowl of only green M&Ms.

(It’s worth noting that the M&Ms requirement is quite a smart one – if the dish provided is done incorrectly, artists know to double-check all more important technical requirements!)

When Lord received Williams’ rider, he was astonished by what he read. One of the conditions that Williams had was that the event organizers employ homeless individuals. For every single film or event that he was a part of, Williams required that a certain number of homeless people be hired!

Suffice to say that Lord was impressed. Indeed, he couldn’t ever watch another movie with Williams in it in the same way again! The actor’s positive show of compassion had a significant impact on him, and to know of that goodness in William’s heart is genuinely incredible.

If you don’t know who Robin Williams is, you’ve been missing out on decades of his fantastic work! Let’s take a look back at the man, the myth, the legend – and his work over his lifetime!

Born in 1951, the brilliant actor and comedian, first discovered the wonders of the stage in high school when he joined the school’s drama department. He frequently excelled in school and even became his class president. Interestingly, he was on a school wrestling team, which seems a little odd given what we know of Williams now!

When he graduated high school in 1969, Williams was voted Funniest by his classmates, and he was also ironically voted Most Likely Not to Succeed. He moved on to study political science in college but dropped out to pursue acting.

Williams studied at a community college for three years in theatre, and his talent advanced quickly even then! He was excellent at improvisation and regularly drove his classmates and cast members to hysterical laughter. His ability earned him a full scholarship to the famous and prestigious Juilliard School, where he studied alongside greats like William Hurt and Christopher Reeve.

Naturally, Williams continued to excel here, too, and his talents shone further beyond comedy as he took on serious roles. Eventually, he left before he graduated after instructors told him that there was nothing left that the school could teach him. His genius and natural comedic talent meant that it was only a matter of time before he would succeed, after all.

Working his way up from bartending, with hard work and positive thinking, Williams eventually was able to begin performing stand-up comedy. By the 1970s, he was helping to lead the comedy “renaissance” of sorts in San Francisco.

When he moved to Los Angeles, he was approached by popular and well-known TV producer George Schlatter. Thus began Williams’ career in television, but he carried on doing stand-up to keep his skills sharp. In 1979, he won a Grammy for Best Comedy Album for a live show recording. It was the first of many awards.

Williams’ first positive break was likely appearing as Mork on the TV show Mork & Mindy, which became insanely popular. The character became a favorite and appeared on all sorts of merchandise. He continued to appear on TV, but also started appearing in films, with his first one occurring in 1977. Though his first few forays into film weren’t highly successful, in 1987, he got his most significant break: starring in Good Morning, Vietnam.

From then on, the rest is history. Williams’ films, primarily comedies with lots of improvisation, earned him even more fans around the world. Yet, he proved that he could also play serious characters – he won awards and nominations for his performances in Good Will Hunting, Dead Poet’s Society, and The Fisher King.

Today, most people remember Williams most for his most iconic roles, including the critically acclaimed and irreplaceable Genie in Aladdin. He voiced many other characters in animated films over the years, too! It’s impossible to quantify all the incredible work he achieved, but here is a list of awards he won:

Sadly, Robin Williams passed away in 2014. But much of his legacy lives on, and will continue to live on, for years to come – and as we’ve said in this article, it wasn’t just genius and talent that made Williams incredible, but his good deeds and compassion, too.

But it isn’t just the employment of the homeless that Williams has done over the years. According to those who knew him, he felt extremely fortunate for what he attained in life and wanted to help those who were less privileged. Here are some other amazing things that the actor has done that honestly speak of his kindness!

Together with Billy Crystal and Whoopi Goldberg, Williams formed Comic Relief USA in 1986, an HBO television benefit that has, as of 2014, raised a grand total of $80 million for the homeless.

Williams made regular appearances at benefits, often for women’s rights, veterans, and literacy.

Williams often traveled across the USO circuit, performing in 13 different countries. It’s estimated that over 90,000 troops watched him at work and had their positive thinking boosted and days brightened by his comedy!

Williams and Marsha Graces Williams, his second wife, founded the Windfall Foundation. They dedicated their efforts to raising money for a wide range of different charities.

Williams performed, in French, alongside many other celebrities for a cover of “It’s Only Rock ‘n Roll (But I Like It)” by The Rolling Stones. All proceeds went to Children’s Promise, a charity organization.

When an earthquake hit Canterbury, New Zealand in 2010, Williams decided to donate 100% of the proceeds he earned from his Christchurch performance of Weapons of Self Destruction to help the city’s rebuilding efforts.

Finally, Williams regularly supported this hospital for many, many years, helping with their medical pursuits. 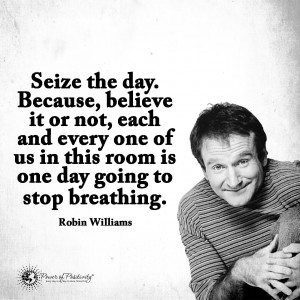 Final Thoughts On How Robin Williams Helped The Homeless

Robin Williams’ work is truly timeless, and much of it lives on now, after his passing. His legacy is one that will not soon be forgotten, as he inspired a new generation of comedians thanks to his signature style. Many believe that he raised the bar for comedy, and it’s easy to see that the mark he has left on the entertainment industry will remember forever. We will not forget him.