Viruses are invaders of our cells, which can create illnesses and diseases. And, until recently, we had very little ability to counter the impact.  One such virus we all are familiar with is the influenza virus or the flu.  The flu contributes to the human morbidity each year by attacking the very young or elderly of our population.  Researchers now revealed a technique that can prevent viruses in human cells.

What is the technique to prevent viruses?

Imagine putting together a puzzle.  You can envision the outcome. And as you are putting the pieces together, you are matching the notches where you believe they belong.  However, as you continue, you realize that the image doesn’t quite look right. Thus, now you need to find the pieces that obstruct the intended vision for the proper, complete picture.

This is a simplified explanation for gene editing.  Consider human DNA, a puzzle intended to create a beautiful picture. But sometimes, the pieces sustain damage, corruption, or improper placement. That triggers the onset of diseases, illnesses, or alterations to how we were intentionally designed to function.  Scientists over the last decade discovered a way in which that erroneous piece of our DNA can be removed and then possibly replaced with the part that is the correct fit.  This technique is called CRISPR.

The acronym CRISPR stands for Clustered Regularly Interspaced Short Palindromic Repeats.  You may also hear it called CRISPR/Cas9.  Cas9 refers to the protein from our cells that “cut” or eliminate a faulty DNA sequence which it has seen before and recognizes it to be an enemy.

When we get the flu, we only think about the effect the illness or disease is having on our daily function.  To explain CRISPR, we need to remember that our systems, which are comprised of millions of cells, are what is actually being attacked.  The bacterial virus, which gave us a cold or the flu, for example, is attacking our cells, and our cells are retaliating to protect us.  When we recover from the cold, that sequence of events is stored in the memory of our DNA by our cells, placing spacers containing that memory.

That memory is in the form of RNA or a single helix DNA copy.  For reference, our DNA is a double helix, whereas RNA is a single helix.   When the illness returns, our cells use a protein we have labeled as Cas9, to attack the DNA of the repeating virus. They can do so because they have the memory with the RNA stored in our cells.  They recognize the familiarity of the stored RNA to the repeating DNA of the virus.  The Cas9 protein then attacks that virus.   Scientists refer to this as “cutting” the DNA of the virus.  Since DNA, in any form, is the building blocks of that life form’s existence, cutting it eliminates its ability to continue to function.  CRISPR refers to the snippet of DNA, which our cells read to know what needed to be removed.

How do scientists use CRISPR for gene editing?

While the process of CRISPR/Cas9 was recognized since the late 1990s, how it works wasn’t understood until 2007.  Now scientists are studying how they might use this to manipulate our DNA to prevent crippling or degenerating diseases that afflict us.

First, scientists attempt to recognize the DNA code, which is causing the disease.  Often, flu viruses are in our DNA code because they have been genetically passed down over generations.   Once scientists isolated this particular DNA sequence,  they can either extracted the RNA coding is or synthetically reproduced it. Then, they injected it into the Cas9 protein.

The first American use of CRISPR on a human embryo was performed in 2017 by Shoukhrat Mitalipov at Oregon Health and Science University. Mitalipov stated that he and his team had removed a mutated gene from a DNA sequence.  This mutation affects about 1 in every 500 people by creating a sudden and unforeseen heart attack called hypertrophic cardiomyopathy.    As a note of reassurance,  the embryos used had been created for research and were not implanted in any women for the purpose of pregnancy. 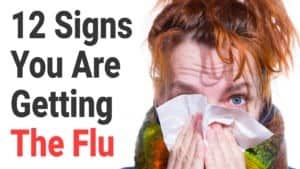 As amazing as Cas9 was as a discovery and instrumental in forwarding scientists in the potential for gene editing and disease prevention, it has its limits.  Cas9 can affect ssRNA, or single-strand RNA’s or RNA’s so long as they have the DNA interpreters.  Approximately 2/3rds of viruses have ssRNA, of which Cas9 only has about 2.5% of those virus’s DNA interpreters.  In other words, it is unable to recognize the bulk of virus sequences.  These ssRNA viruses are behind the causes of many diseases that lack FDA-approved treatments.  This is where the discovery of a Cas13 protein may prove to be beneficial.  A study of Cas13 has led researchers to discover how it can further prevent viruses in human cells.

The study published first in Science Direct, in an article titled Molecular Cell.   This study was performed at the Broad Institute of the Massachusetts Institute of Technology and Harvard University by Catherine Freije, Cameron Myhrvold, and Pardis Sabeti and their fellow colleagues.  Their focus was to take the protein enzyme, Cas13, and to focus it at three different ssRNA viruses.  The three different viruses were lymphocytic choriomeningitis virus, influenza A and vesicular stomatitis virus.

The importance of using a lymphocytic choriomeningitis virus was due to its relation to viruses that cause hemorrhagic fever, such as the Lassa fever virus.  These viruses affect many in West Africa and are too dangerous to work within a lab.  Using the influenza A virus was of importance because of its quick mutation properties.  Vesicular stomatitis virus worked as an all-encompassing sample for many other infections.

The Pros of the Technique

Cas13 has shown it can target and cut RNA’s in mammal cells similarly to Cas9.    Then, it is also able to not only process the CRISPR, or piece of DNA needed to be cut but to then expel individual CRISPR RNA (crRNA), allowing it to attack in a multifold manner. Think of it as spreading a wider net to capture more of the sequence with fewer escaping strands of code.

Another benefit of Cas13 over Cas9 is that Cas9 does cut a viral DNA; other cells attempt to repair it, which can cause mutations.  Mutations make it more challenging to create a treatment.  In Cas13, they don’t have the cells which would attempt to repair. Therefore, they avoid mutation.  Additionally, should a virus RNA evolve or a new virus is confronted, Cas13 allows for a faster adaptation.