If you were to look up “autophagy” online, you would see that it has become the latest fascination and health cure over the last few years.  It is most commonly associated with one of the benefits of a ketogenic diet and fasting.  Currently, there are many claims to its fame, including extending life, slowing the aging process, and acting as a natural detox to your system.  There is positive scientific evidence to show how you can use autophagy to clear damaged cells from your body and reduce inflammation.

Autophagy was first discovered and named by Christian de Duve, a 1974 Nobel laureate.  He discovered the lysosome.  Upon continued observation of lysosomes, he discovered damaged or unusable material placed into the lysosomes.  Therefore, he coined that process autophagy, or “self-eating,” and called the cellular transportation vehicles autophagosomes.

In 1988, a gentleman by the name of Yoshinori Ohsumi started his own study related to autophagosomes.  During his experiments, he chose to interrupt the process of autophagy in a cell in order to hopefully create a larger gathering of autophagosomes.  By doing so, he hoped to be able to view them better under the microscope.  The method he chose to do this was by starving the cells, and surprisingly, it worked! Ohsumi discovered a method to identify and characterize key genes involved in autophagy.  The results were published in 1992, and in 2016, he was awarded the Nobel Prize in physiology.

Definition of Autophagy and Its 3 Types

As stated above, autophagy is Greek for “self-eating.”   Simply put, it is defined as the process in which misfolded proteins, damaged organelles, and pathogens are transferred into lysosomes to be broken down and then recycled for cellular use – similar to how we collect plastic bottles, smash them down, and then re-create other plastic materials.

There are 3 types of autophagy:

1)         Macro-autophagy – delivers cellular “garbage” to the lysosome by an autophagosome and then fuses with the lysosome to create an autolysosome.

2)         Micro-autophagy – the lysosome itself absorbs the damaged cells.

3)         Chaperone-mediated autophagy – the degraded cellular material essentially rides “piggyback” on a protein which the lysosome receptors recognize and then that protein is unfolded and degraded.

Can autophagy help clear damaged cells from your body?

The role of autophagy in our bodies helps maintain the homeostasis of our cells.  We have various amino acids and proteins which act as fuel for our cells.  Some of those proteins don’t develop as they should or get used and discarded by our organs.  The process of autophagy causes our lysosomes to absorb these organelles and proteins; they then break them down and convert them into usable cells for our body once again.

Most studies regarding this process were performed while starving the cells – literally.   The subject’s body did not receive food for 24-48 hours.   This creates both a further breakdown of protein cells and an increase in amino acids which then cause the cells to group together faster while elongating and enlarging.  This makes it easier for the lysosomes to absorb and recycle.

We must remember that we are only as healthy as our cells are.  By starving the cells, they kick into survival mode by attempting to create more food through amino acids in order to ensure our tissues and organs remain operational.  At the same time, they cannot allow this sudden abundance of “bad cells” to remain in our body and therefore must attach themselves to lysosomes in order to rid the body of this excess – much like we do not allow trash to accumulate in our homes for an extended period of time.

We naturally fast on a daily basis from the time we eat dinner until we eat breakfast the next morning.  This assumes, of course, that you aren’t getting up to eat or snacking prior to sleep.  If you eat dinner by 6 and then don’t eat breakfast until about 7 – 8 a.m., then you have fasted for 13-14 hours.  While most studies were done on subjects who fasted for 24-48 hours, results manifest in 14-16 hours.   Scientists have also stated that fasting for 2-5 days or reducing calorie intake has shown to trigger autophagy.

Exercising is another way scientists theorize that autophagy can be triggered.  This is still being studied.  Scientists believe that autophagy is the reason behind all the chemical benefits that occur in your body after exercising.  There exists evidence of increased life span and protection against cardiovascular diseases, diabetes, cancer, and neurodegenerative diseases.  These benefits mirror the results scientists are seeing in their studies about autophagy. Additionally, they discovered increased cognitive function in the cerebral cortex due to increased activity of autophagy after exercise. 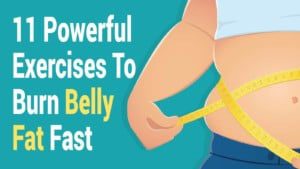 This reduction of calories, by about 20-30% of the current 2000-2500 caloric diet, has proven to induce several benefits, which all point to the increased occurrence of autophagy.  Increased cognitive ability, decreased chance of diabetes, reduced age-related illnesses such as bone degeneration, arthritis, etc. have all been documented as benefits of autophagy.

A reduction in protein consumption – as in the ketogenic diet – has the same results as a calorie reduction diet due to a reduction in oxidation of damaged proteins. You should reduce protein intake to 5-10% of your diet rather than the 20% usually taken in.

Scientists are currently studying the role autophagy plays with macrophages, neutrophils, and lymphocytes.  Each of those cells plays a role related to inflammation and infection.  The diseases that currently are being studied include COPD, Crohn’s disease, pulmonary hypertension, Cystic fibrosis, and Systemic lupus erythematosus.  Each of these illnesses has shown either a defective genetic link, autophagy link, or protein link which can be altered to either activate autophagy or stimulate the cell to allow for cell death in a different format without the autoimmune reaction.  Through manipulation of various compounds, scientists have found they can use autophagy to decrease the inflammatory and autoimmune response.  This is not an easy study, as everything is on the molecular level and the interplay between all the cells and genes are very complex.

In addition to the diseases listed above, scientists are hopeful in discovering more correlations between autophagy and diabetes, insulin resistance, obesity, and even cancer.

The study of autophagy by scientists is still relatively new; the interplay between various amino acids, fatty acids, proteins, and other cells is more complex than described above.  Scientists have proven that the cells in the liver, cells related to food consumption, and neurons in the brain can be positively affected through autophagy.  Scientists also understand that there needs to be further study and regulation of this process before it can be used on a therapeutic level.

Can autophagy be both good and bad for you?

Our bodies, and therefore our cells and their systems, naturally maintain balance.  As a matter of fact, autophagy provides a perfect example. It maintains a balance by removing degenerate or weakened cells and recycling them as food in other cells while recycling others to be re-released into our bodies in a usable form.

Therefore, it stands to reason that triggering this process in an extreme manner will have its consequences.  The process provides benefits in cell regeneration initially.  Extension of the process, however, causes certain cells which are easily and quickly identified as “trash” to be killed off too quickly. Meanwhile, other cells not identified as quickly might remain longer than they should.  The process of autophagy will attempt to respond to its new “norm” by recreating another homeostasis.  The new “norm” may not be as beneficial to our overall cell health.

The interplay of our amino acids, fatty acids, proteins, and genes in how autophagy can clear damaged cells from our bodies and reduce inflammation is both fascinating and promising.  Many people have been researching the fasting element and the ketogenic diet in relation to autophagy.

It is also important to understand that scientists still do not fully understand how autophagy would affect the body.  Our bodies should work in balance; going to an extreme can throw that balance off and cause us more harm than good.

Utilizing some of the methods to initiate autophagy has some promising benefits; really, the advice given isn’t new to us.  Exercise regularly, watch your calories, and don’t eat late have been mantras from doctors for quite a while now.  Now we can begin to understand the science behind their benefits and give it a name: autophagy.