Pneumonia is caused by either a virus or bacteria. There are several classifications of pneumonia and over 30 types, but the most common cause stems from a chest cold or flu. The virus is in the body for up to ten days before pneumonia symptoms manifest. The condition lasts from ten to fourteen days and is treated with different chemical medications.

If people suffering from pneumonia symptoms think they just have a bad cold, they could be putting their lives in jeopardy. Not to be too dramatic, but pneumonia is sometimes fatal. To receive treatment early on, you should know these ten pneumonia symptoms..

We take breathing for granted until something happens that makes us force the air into our lungs. When the air simply won’t go in, it means an underlying illness is in place, such as asthma, COPD, allergies, or you’ve just gotten pneumonia.

The lungs are constructed of tubes resembling the branches of a tree called bronchi. These route oxygen through the lungs and take out the carbon dioxide. Located off, these are alveoli. These are responsible for exchanging carbon dioxide for oxygen to and from the bloodstream.

Mucus or sputum is produced in the lungs for lubrication. When too much mucus builds up, the bronchi can’t process incoming oxygen or the resulting carbon dioxide. Shortness of breath happens and is one of the first pneumonia symptoms.

Add to this the fact that the alveoli of the bronchial tubes fill with mucus. They’re not soft and pliable anymore. Coughing up the mucus or sputum puts pressure against the pleuritic sheet, which burns. These two together are both dangerous and painful pneumonia symptoms.

The body was made to operate at a certain temperature for optimal health. When the body temperature soars into a fever, it means the presence of an infection. Fevers are the body’s way of burning off an invading virus or bacterium. If fevers get too high, though, they cause convulsions, which lead to other terrible things.

Chills control the fever and keep it from raging. However, we become cold, so we pile on blankets, which makes us sweat. This dehydrates the body. The fever climbs higher, the chills shake us, and the blankets make us sweat more. It’s a dangerous circle, and one which requires a doctor the instant you suspect you have pneumonia symptoms.

Bronchi can fill with mucus, limiting your ability to take deep breaths. The diaphragm can’t expand the lungs, so shallow breaths are all you can take. This is dangerous for two reasons. The first is that a lack of oxygen means a buildup of carbon dioxide. The second is that the inability to breathe deeply is stressful. Anxiety makes the problem worse and can affect the heart.

A lack of oxygen carried deep into the lungs means the mucus can’t be coughed up. The chest pain and shortness of breath can get worse. The carbon dioxide presence is perhaps the most dangerous. When this pneumonia symptom happens, get to a doctor pronto.

Mucus is a substance the body produces to lubricate different things. Sometimes it produces too much, in which case the body sneezes it out, coughs it up, or blows it out the nose. When it’s trapped in the lungs, it must be coughed up.

This mucus will be clear to yellowish in color. This means an infection is present. Ordinarily, mucus is clear to light green in color. This buildup of mucus can be dangerous when you can’t draw in enough breath to cough it up. It will fill the lungs until you can’t breathe. Get to the doctor ASAP.

It’s normal to have a loss of appetite when you’re sick. It’s doubly hard when you have pneumonia, and you’re blowing your nose, coughing, and the muscles are tired from pushing the mucus out. Add to that not being able to chew, swallow, and breathe at the same time.

The snag to this is that the body isn’t getting the nutrition it needs to strengthen the immune system and fight off the infection. Without the energy that food provides, the body hasn’t the energy of its own.

While the loss of appetite isn’t dangerous, it’s an unnecessary complication and is one of the pneumonia symptoms. It can also be a side effect of some pneumonia medications. Try to get down as much chicken or bone broth as possible along with orange juice. This helps fight off infections and illnesses.

7. No Energy And Fatigue

One of the most worrisome pneumonia symptoms is lack of energy and fatigue. It stands to reason that with the muscles sore from coughing and nose-blowing, the struggle to breathe, and loss of appetite, the body will be worn out. Fatigue is also a side effect of some pneumonia medications.

Fatigue and lack of energy don’t endanger the pneumonia patient like anxiety would. However, if the body is too tired to cough up the mucus or fight off a fever, then the pneumonia symptoms will worsen. It will take longer for the body to fight off the illness. 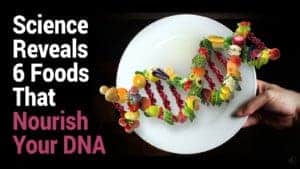 Nausea and vomiting are common with fevers. It’s also common when the body is pushing hard to cough up the mucus filling the lungs. The body’s muscles clench so hard to expel the mucus that sometimes the contents of the stomach follow. The snag to this is that vomiting further dehydrates the body.

This makes the pneumonia symptoms worse. A well-hydrated body can fight off infections and make the mucus more fluid and thus more easily expelled. When the stomach can’t even hold water down, the pneumonia is harder to get rid of.

Part of pneumonia symptoms is confusion. The pneumonia patient will feel dazed. The person won’t be able to walk steadily, reach for something and miss it by a mile, make an informed decision, or even punch in a number into a phone. Part of this confusion is due to fever, part of the nervous system being overcome by pneumonia, and part of some side effects from medications.

The brain is a complex thing, but it can be overcome by certain illnesses or conditions. Pneumonia is one of them. Until the malady is gone, the pneumonia patient should remain in bed unless going to the bathroom. S/he could do her/himself harm by trying to move around.