The peppermint plant is a hybrid of two other plants, spearmint, and watermint. It is native to both Europe and North America. Herbalists extract the precious peppermint oil from the plant’s leaves. They market it as either an extract or essential oil. The latter is far more concentrated. Peppermint has a variety of uses; consider the following examples.

1. It Can Relieve Irritable Bowel Syndrome(IBS)

In 2019, the journal BMC Complementary and Alternative Medicine published an overview of twelve studies that involved a total of 835 patients. Some patients were given capsules containing peppermint while others were given a placebo. The researchers found that peppermint did relieve the symptoms, especially abdominal pain.

Scientists, however, are still not sure how peppermint works. They have several hypotheses as to how it helps patients with IBS: 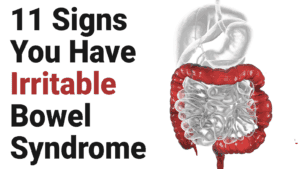 2. It Can Relieve Other GI Tract Conditions

Menthol is one of the main chemical components of peppermint. A combination of menthol and caraway can relieve functional dyspepsia, which causes abdominal pain and bloating.

The journal Pediatrics described a 2017 review in which researchers analyzed 14 studies that examined the effectiveness of various herbal remedies on GI tract complaints in children. The scientists found that peppermint could ease pain and reduce the duration and frequency of stomach upsets.

Peppermint oil promotes hair growth by stimulating circulation. It may also increase the number of follicles on the scalp.

Like most essential oils, peppermint should not be applied to the hair or skin in an undiluted form. Instead, mix every drop of peppermint oil with two drops of carrier oil like coconut oil. Massage the mixture into the hair and leave it in for at least five minutes before shampooing.

4. It Can Relieve Headaches and Migraines

The menthol in peppermint can also relieve migraines and headaches. In 2015, the science journal Frontiers in Neurology described a study in which researchers compared the effectiveness of a topical gel made from peppermint against that of a placebo. The researchers found that patients who had used the peppermint gel reported a marked improvement two hours after using it. 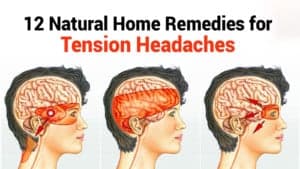 5. It Can Relieve Other Types of Pain

The science journal Digestive Diseases and Sciences described a 2019 study in which researchers gave dissolvable peppermint tablets to patients who had non-cardiac chest pain or trouble swallowing. Over 60 percent of the participants reported feeling better after taking the tablets.

6. It Can Relieve Sore Throats

The menthol in peppermint oil is an active ingredient in many throat lozenges and cough drops. Peppermint may also have antimicrobial properties that enable it to fight the pathogens that cause colds.

To treat a sore throat, add a few drops of peppermint to a glass of warm water. You can also add salt to the mixture. Gargle for about a minute.

7. It Is A Decongestant

When used in aromatherapy, peppermint oil can ease nasal and chest congestion. You can use a diffuser in which you add a few drops to the water in the diffuser. If you don’t have a diffuser, you can heat a pot of water on the stove and add a few drops of oil. Inhaling the resulting vapors will ease the congestion.

8. It Can Relieve Itching

In 2016, the journal Clinical, Cosmetic, and Investigational Dermatology described a study in which researchers used a topical peppermint treatment on patients with chronic itching. The scientists found that the peppermint eased the itching. It also had the advantages of being inexpensive, safe, and easy to use.

9. It Is A Bug Repellent

People can use either the peppermint plant or the essential oil to repel bugs. In 2011, the Asia Pacific Journal of Tropical Biomedicine reported a study in which scientists tested peppermint oil’s efficacy as a mosquito repellent and larvicide. They found it could repel mosquitoes for at least 2.5 hours, and that it could kill their larvae.

Peppermint can also repel mice, rats, and spiders. Sprinkling the oil on a pet’s bed can protect them from various pests.

10. It Can Be Used to Make Toothpaste

Peppermint can be used as an ingredient in DIY toothpaste. One recipe is as follows:

11. It Can Be Used to Make A Disinfectant

Many different essential oils can be used to make DIY disinfectants. While many essential oils have some antibacterial properties, no one oil can kill all the bacteria infesting a bathroom or kitchen. Combining two or more oils, on the other hand, increases their effectiveness. They also smell nice. For example, peppermint can be mixed with tea tree oil to make a strong disinfectant with a pleasant aroma.

12. It Can Relieve Sore Muscles

The menthol in peppermint has a cooling effect that can soothe sore muscles. Peppermint also has analgesic and anti-inflammatory properties, and it can relieve spasms caused by pain. There are several ways to use it. For example, you can mix the oil with a carrier oil and put the mixture in a roll-on bottle. You can then use the bottle before or after a workout.

You can also massage the mixture into a sore muscle, so it will penetrate below the skin and relieve pain and stiffness. Here is an example of a recipe for this type of balm:

Adding the mixture to a warm bath is yet another way to relieve stiff and sore muscles.

The peppermint mixture can also be used with compresses. You would add it to a bowl of water. Usually, you would use hot water for pain and stiffness and cold water for inflammation. After soaking a towel in the water, you would place it on the sore area and leave it there for about a quarter of an hour. 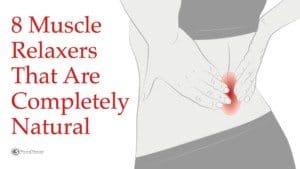 13. It Can Relieve Rheumatoid Arthritis

Peppermint oil can reduce the inflammation that accompanies rheumatoid arthritis. It also has analgesic properties that ease joint pain; it can also relieve stiffness. You would massage the peppermint into the affected joint.

14. It May Relieve Nausea

Peppermint may help relieve nausea – but studies have produced mixed results. For example, the journal Nursing described a 2016 study in which patients who had undergone heart surgery were given a nasal inhaler filled with peppermint essential oil to relieve their nausea. Many patients reported feeling better after using the inhaler for just two minutes.

Conversely, the Cochrane Library published a 2018 review of several studies in which researchers administered aromatherapy to patients who were experiencing post-operative nausea. They found that the peppermint vapors were about as effective as a placebo in easing nausea. On the other hand, they did find some slight evidence that the patients who used peppermint needed fewer anti-vomiting medications than those who did not. They also commented that many of the studies they had reviewed were of poor quality.

A 2018 study reported in Journal of Reproduction & Infertility found that peppermint essential oil was no more effective in treating nausea than was a placebo. The scientists had worked with a group of pregnant women and had them undergo aromatherapy by inhaling peppermint vapors.

More research needs to be done to determine how effective peppermint essential oil is a nausea treatment. New studies should cover longer time periods (up to 24 hours) and include data on both nausea and vomiting. Researchers should also conduct trials with children.

15 – It Has Some Antibacterial and Antifungal Properties

Peppermint is also an effective treatment for some bacterial and fungal infections – and research indicates that the key word is “some.”

For example, the journal Molecules described a 2011 study in which researchers tested the effects of peppermint essential oil on several strains of Staphylococcus aureus and found that it slowed the bacteria’s population growth. Since S. aureus has become increasingly resistant to antibiotics, scientists have been looking for alternative treatments, and peppermint essential oil may be one of them.

In 2017, scientists conducted a similar study in which they tested the effects of several essential oils on Candida albans. So peppermint essential oil did have some effect on the fungus. However, the other oils were all more effective with tea tree oil being the most effective.

Essential oils, in general, seem to be useful treatments for bacterial and fungal infections. Different oils, however, strongly affect different bacteria and fungi. Scientists will have to continue working to identify the essential oils that are the most effective against a given pathogen.

Final Thoughts on the Usefulness of Peppermint Oil

Like most essential oils, peppermint should never be taken by mouth. Very large doses can actually be toxic, so you should always dilute peppermint before using it. Again, this is also true of many essential oils.

Peppermint can also interact with some medications and thus cause side effects. Anybody taking prescription medication should talk to their doctor before using peppermint.