Phobias are more than just regular fears as they cause those who suffer from them to change their lifestyle or build their lives around their aversion. Even imagined fears could set them into a panic, so coming anywhere near the fear can be completely debilitating.

As a diagnosable mental disorder, a psychological professional can treat or ease phobias in their patients. With more than 19 million people suffering from phobias in the United States alone, the number from across the world is significantly higher.

Even if someone knows that their phobia is unwarranted, it doesn’t stop the uncomfortable feelings that accompany them. Some of those feelings include sweating, chest tightening or pains, anxiety, fear, shaking, and many other sensations.

Research reveals that many common phobias are the same across the world, and they include the following: 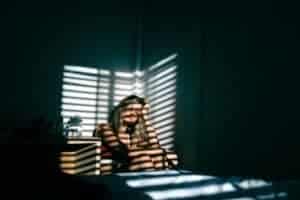 Common Phobias Around the World

The fear of injections can cause people to avoid doctors, dentists, and other health professionals altogether. If they know a medical treatment will require the use of a needle, they’ll either skip the procedure or experience increased heart rate and feelings of dread and anxiety in the time leading up to the treatment. Others with trypanophobia pass out during an injection.

The fear of escalators is real for those who suffer from escalaphobia. If escalators are the only way up or down, the person will likely opt-out.

People with this phobia may experience increased heart rate, shaking, and sweating during a thunder and lightning storm. During a storm, you’ll find those who have this phobia hiding out until it’s over. They may also spend more time than others tracking the weather.

This phobia brings on a fear of being alone or being in a place where escape isn’t always easy. Those who have agoraphobia may avoid crowded areas, open spaces, and anywhere else they may be left alone or without a direct escape route. In some cases, the person may avoid leaving their home altogether.

The fear of horses causes those who suffer to panic or have anxiety at even the mere thought of horses. Sometimes the idea isn’t enough to trigger the phobia, and being near a horse is what triggers it, however. Either way, this fear is all too real.

Just the thought of guns can cause feelings of anxiety for people who suffer from this. Movies or TV shows that include guns are avoided, and if they know someone carries a weapon, they’ll likely avoid that person altogether.

More commonly called the fear of dogs, personal experiences from childhood usually cause this phobia. Whether a child saw a dog behave aggressively or if they have been bitten themselves, the fear can carry on throughout their lives.

Suffering from cynophobia is different than just being skeptical of strange dogs because it is excessive. This excessiveness causes instances of avoiding places where there are dogs, even if those dogs are familiar and known to be excellent.

This fear of water includes lakes, oceans, swimming pools, and even bathtubs. It can cause a huge problem when it comes to hygiene.

This is the fear of germs and dirt. It can lead to or be the cause of the obsessive-compulsive disorder. Those who have the phobia will compulsively wash their hands, engage in extreme cleaning, regularly, and avoid places that may be dirty.

Taking it even further, some who have Mysophobia avoid physical contact, overuse disinfectants, and obsess over illness outbreaks.

This phobia applies to all animals. No matter the shape or size, animals will trigger anxiety or other uncomfortable feelings in those with zoophobia. This condition normally stems from some traumatic events earlier in life.

Although airplane accidents are rare, the fear of flying still affects a significant amount of adults. This fear can cause trembling, increased heartbeat, disorientation, or avoidance of flying. It can be overcome through exposure therapy by first envisioning riding in an airplane, then by seating in the seat, and eventually by flying a short distance.

This sounds like something everyone deals with, but for those with hypochondria, the fear of becoming ill is more than just worry. It causes the person to be overly concerned with their health, and they begin fearing they have many illnesses based on undiagnosed conditions and symptoms. 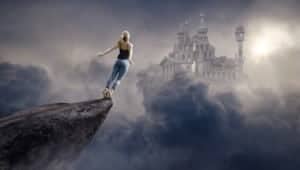 The fear of death or of anything pertaining to death is called necrophobia. Sometimes just the mention of death can cause concern for those who have this phobia, while others need to see corpses, coffins, or the like before their anxiety sets in.

The fear of heights affects a large portion of people from across the globe. This phobia can cause anxiety attacks, and those who are afraid tend to avoid heights altogether.

This is the fear of loud noises, including loud voices or even a person’s own voice. It can cause people to avoid going out or having people over to their home.

The fear of darkness causes breathlessness, sweating, nausea, dry mouth, a general sick feeling, shaking, the inability to think or speak clearly, and many other uncomfortable feelings. Since this fear is common in children, it is only considered a real phobia if it lasts for more than six months or occurs in older children and adults.

Also known as the fear of snakes, this phobia is common. The reason for the phobia varies, however, as some people are turned off by the idea that snakes are disgusting, and others are afraid of poisonous bites.

An overwhelming fear of tight or crowded places can cause the person to avoid windowless rooms, elevators (especially crowded ones), and even driving on busy roads. As one of the most common fears in the world, it can lead to panic or anxiety attacks and oftentimes, requires therapy to cope with.

Being fearful of social situations is a real phobia that affects many people across the world. It can cause people to avoid social events or any place that may be busy. While this is technically not a “phobia,” it does impact millions of people.

While those with a minor case of the phobia will avoid public speaking, others with a more severe case avoid school and work. This causes problems with everyday functioning and interferes with the person’s ability to take care of themselves.

The fear of spiders and other arachnids often causes uncomfortable feelings in people. Arachnophobia can be triggered by a simple picture of a spider in some with this phobia, while others may have to see a real spider to be bothered.

From hearing stories of ancestors who were poisoned by a spider bite to watching movies where spiders killed people, arachnids are a common fear amongst people from all over the world.

This is a newer phobia and is the fear of being away from a cell phone or electronic device. If someone uses electronic devices impulsively or as a way to avoid socializing, they may suffer from this fear.

This fear goes so far for some people that they carry multiple devices with them at all times and always have a charger handy. They never turn their phone off, keep it nearby even when they are sleeping, and they constantly check it for missed calls or messages. 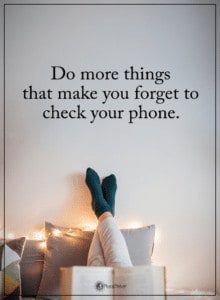 The fear of fire can become so intense for some people that it becomes a true phobia for them. They may feel fearful even when a fire isn’t an actual danger at the time, as even just the thought can cause anxiety. This same phobia also includes high temperatures.

Suffering from phobias and serious fears can be debilitating and life-altering. This is especially true when the person suffering knows that the phobia is unwarranted and still can’t control it.

Luckily, there is help if you seek a therapist who specializes in phobias and overwhelming fears. Eventually, you can live a somewhat normal life without the fears affecting your daily life. With many people suffering all over the world, you are not alone.