Nomophobia is a relatively new and increasingly common psychological condition. This particular phobia stems from the irrational fear of either being separated from one’s smartphone or of being beyond its range.

According to a 2019 article published in the Journal of Family Medicine and Primary Care, the word is an acronym for “no mobile phone phobia.” The UK Post Office first described the condition in 2008 during a study done to evaluate the prevalence of anxiety disorders in people who were extremely dependent on their cell phones. That study found that 53 percent of male respondents and 47 percent of female respondents felt anxious when separated from their phones. Some volunteers compared their anxiety to “wedding day jitters.”

In 2014, the journal Psychology Research and Management published an article in which researchers proposed adding nomophobia to the “Diagnostic and Statistical Manual of Mental Disorders (DSM).” They described it as a type of specific phobia, which is an irrational fear that is triggered by certain situations. They also noted that changes in society and technology have led to the appearance of new phobias, with technology-related phobias among them.

The researchers further defined the condition as a pathological fear of “remaining out of touch with technology.” They also described it as anxiety or other psychological discomfort caused by not having access to a cell phone or computer.

A person with nomophobia will feel anxious and upset at the mere thought of being separated from their phone, whether it is because they misplaced it or the battery died. The patient will thus go to significant lengths to avoid being without their phone. They might always carry two phones, for example, in case one stops working. They might avoid situations or places, like restaurants where using phones isn’t permitted.

A person with a pathological fear of separation from their phone might have their phone on 24 hours a day, and they may even sleep with it. They will constantly check their phone to see if they have received any calls or messages. They will spend hours using their phone, and they will typically prefer the phone over face-to-face interactions with people. Many patients with this type of phobia find the latter stressful. Some patients will use their phones so much that they incur debts paying for the connection.

A patient with this phobia will also refuse to be parted from their phone. They will take it everywhere with them – even into the bathroom or shower. They will charge the battery even if the battery already holds a full charge. And, they will repeatedly check to make sure that they are carrying their mobile device along with them.

As a specific phobia, nomophobia is a type of anxiety disorder. As such, it causes many of the same symptoms as other anxiety disorders. One such symptom is heart palpitations or the sensations that one’s heart is racing or pounding. Palpitations can be accompanied by an abnormally fast heartbeat called tachycardia. Under normal conditions, a person’s heartbeats 60 to 100 times per minute. If a person’s heart beats more than 100 times a minute, they have tachycardia.

Anxiety disorders like phobias cause both physical symptoms and psychological symptoms, with hyperventilating being one of the physical symptoms. Anxiety is actually a pathological version of the fight-or-flight response, in which the body prepares itself to deal with some threat. The fight-or-flight response developed to enable a person to deal with a physical threat like a wild animal or band of hostile humans. A person facing such a threat would hyperventilate to saturate their body with oxygen in preparation for the exertion of fighting or running away. However, doing so can also make the person feel as if they’re having trouble getting enough air – which can worsen their anxiety.

Chest pain is another physical symptom that occurs in anxiety disorders. The pain can vary from patient to patient. It may simply be a feeling of tightness in the chest, or it can be a sharp pain, a burning sensation, or a persistent ache.

For example, a patient often has a heart attack after some type of physical exertion, while the patient having an anxiety attack may experience chest pain while resting. Anxiety-related chest pain often lasts for only a few seconds, while a heart attack causes constant pain. In addition, chest pain triggered by anxiety doesn’t spread, while chest pain caused by a heart attack often radiates to the jaw or down the arm.

Researchers have found that extreme dependence on a smartphone impairs the patient’s ability to sleep. In 2018, the science journal “PLOS ONE” described a study in which researchers studied the habits of 815 young adults for a month. The researchers gave the participants new smartphones programmed to track their users’ habits. They also had the participants questionnaires that included questions about their sleep habits. 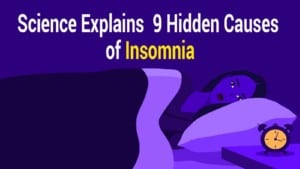 In 2016, researchers at UC San Francisco conducted a similar study. They found a definite link between increased phone use and decreased sleep.

Many patients with this phobia experience increased perspiration, similar to the symptom you’d see in many types of anxiety disorders. Stress sweat differs from cooling sweat in several ways. When someone is hot or working out, the body sends signals to a type of sweat gland called the eccrine glands. They gradually release sweat that is about 90 percent water. 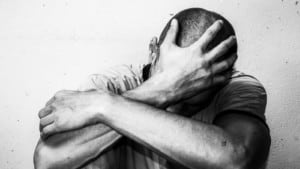 Stress sweat, on the other hand, is produced from a different type of sweat gland called the apocrine glands. When a person is feeling anxious, their body produces the stress hormones cortisol and adrenaline/ In turn, those hormones stimulate the apocrine glands that immediately produce sweat comprised of roughly 80 percent water. Fat and proteins make up the other 20 percent of stress sweat.

A patient with nomophobia often becomes agitated if they know they won’t be able to use their phone for a while. Agitation is essentially an anxious restlessness accompanied by purposeless and unconscious movements. The patient may pace, shuffle their feet, wring their hands, or pick at themselves.

Agitation accompanies emotional upset, and the patient may express limited control over their impulses. In some cases, they may lash out verbally or even become aggressive. Agitation can develop slowly or appear suddenly. It may last only a few minutes, or it can last significantly longer.

Trembling or shaking is another common symptom in many phobias, and it is particularly likely to affect the hands. Like hyperventilation, trembling is triggered by the body’s fight-or-flight response. Stress triggers the fight-or-flight response, which stimulates the production of adrenaline and another hormone called norepinephrine. The muscles tense in preparation for action, and that causes the trembling.

Nomophobia can often occur alongside another psychological condition; a phenomenon called comorbidity. For example, it often occurs along with another phobia, especially social phobia. It can also accompany conditions like anxiety, depression, obsessive-compulsive disorder, or eating disorders. It can also appear with other behavioral addiction disorders like gambling or compulsive shopping.

Phobias, in general, are common, and there are a variety of treatments. In exposure therapy, for example, the therapist will help the patient adjust to not always having their phone with them.

Another technique, cognitive behavioral therapy, helps the patient control frightening thoughts. For example, if the patient fears to lose their phone because they wouldn’t be able to talk to their friends, they could use CBT to remind themselves that they have other ways to stay in touch with people.

Self-care can include establishing rules for when the patient won’t use the phone, like during meals. Similarly, the therapist may recommend other activities, such as taking a walk, reading a book, meditating, trying a yoga class, or playing a sport.

Related Items cell phone dependence fear of being without a cell phone new phobia nomophobia phobias
Power of Positivity uses cookies to give you the most relevant experience. For more information see our Privacy Policy.
Continue
Manage consent