Anxiety left untreated can turn into agoraphobia. This condition is defined as a fear of being in public places because there might be another panic episode. Panic attacks are horrible, and many people feel like they are dying.

To avoid reliving a similar event, you may start avoiding places that trigger such feelings. Being trapped or helpless in a situation is what drives fear and can make things worse.

You may begin to anticipate an anxiety attack from being in the line at the supermarket, riding public transportation, or going to the local movie theater. Sadly, once the anxiety intensifies to a certain level, there is no escaping it.

Agoraphobia can begin after just one bout of panic in a public place. The fear of reliving that event causes someone to close themselves off from the public and stay in the comforts of home. If you or someone you love believes they are suffering from this mental health condition, then here are ten red flags that indicate a problem.

The signs of agoraphobia are pretty much the same across the board. While one person may experience anxiety due to driving, another may have fears that are based in a supermarket. It usually depends on where the first panic incident occurred.

1. Being Alone Is Impossible

If you or someone you love to notice that you feel uncomfortable being alone, it can be a sign that things are not right with your mental health. People who suffer from many different types of mental illness don’t like to be alone. The fear behind this is that when you are alone, and an attack should come, you won’t be able to stop it alone.

Additionally, since a panic attack makes you feel like you are dying, you may fear that there is no help for you, and you will die by yourself. If you notice that you start feeling anxious when you are home alone, then it may be a sign that you need to talk to your doctor. 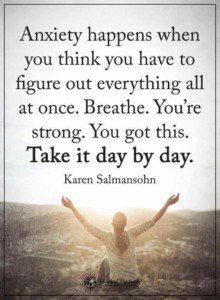 When you must venture out into the public for a doctor’s appointment or other business, you always make sure you have an escape route. Some people also develop claustrophobia alongside with this mental health condition.

The fear of being trapped and not being able to get out is very real. Many people will only drive their car on a two-lane road because they can easily pull to the side.

In a freeway situation where they are surrounded by many vehicles, their agoraphobia and claustrophobia send them into a tailspin. This mental health concern will ruin your life if you allow it.

Some people with agoraphobia may be able to go to the mall, but they avoid a major supermarket like the plague. Their fears are all based on irrational thoughts. For instance, a person might be okay with going into a clothing store because it’s wide open.

However, going into a supermarket where there are aisles, crowds and lots of noise may be too much to handle. Depending on your specific fears, you may notice that you avoid places that are triggers for your anxiety.

4. The Problem Has Been Present For Six Months or More

Like most mental illnesses, agoraphobia isn’t diagnosed over a difficult couple of weeks. Rather, a person is only diagnosed when the problems have been present for more than six months. When you have this level of anxiety, it isn’t going away anytime soon without professional help.

5. You’ve Had Panic Issues Before

You can have agoraphobia without having panic disorder; however, most people have both. Many people will experience a random anxiety attack when things are stressful in their life, but it doesn’t mean they have an ongoing issue. However, anxiety must be severe enough to interfere with everyday life before doctors diagnose another mental illness. 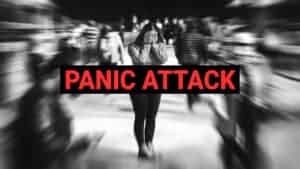 6. You Won’t Leave Your Home

Mental illness causes many people to isolate themselves to their house. Without the comforts of a familiar setting, some individuals feel anxious and fear a panic attack. These are all signs that something significant is going on in your mind.

If you have begun to let your fears dictate your life, then you need to see a doctor. Some people will go months, or even years, without ever stepping a foot outside. The fear of having another embarrassing attack is too much for their mind to handle.

The only rational thing for them to do in their mind is to stay where they are comfortable. Many people don’t have panic attacks at home as they only experience them in public places.

The crippling pains of anxiety and panic can change you into a person you don’t even know. If you once drove everywhere without giving it a second thought and now you can’t even get behind the wheel, it’s a sign of agoraphobia. Driving anxiety is one of the most common and most treatable forms of anxiety.

However, if it’s let go too long, then it can turn into a long-term problem that takes away your freedom. Most people avoid or can’t handle thigs like busy intersections, bridges, traffic jams, turning across traffic, or being sandwiched in between several cars.

The issue is that there is no place to escape quickly should you have an attack, and your body wants to avoid a repeat of a previous one. Or many people fear that if they have an attack while driving that they will wreck and hurt themselves or someone else. 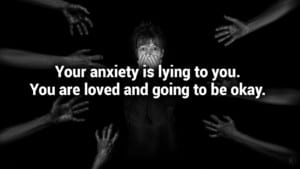 8. You Can Stand In Lines

One of the things that someone with agoraphobia might experience is panic when standing in a line. The line can be the return counter at a department store, or you are waiting for the checker at the supermarket.

Standing in a line is not going to hurt anyone, but some people fear that all eyes are on them. It all goes back to being trapped with no place to go. Long lines can be frustrating as people are in a hurry, kids are crying, and tempers are flaring.

When it’s your turn, you may feel that you can’t escape if you should need too. So avoiding lines, or only using self-checking kiosks because of this fear, is a sign that you need help with your mental illness.

Any situation with a crowd will become an issue with someone who has an anxiety problem. Things that once brought you pleasure like concerts, the club scene, or even a house of worship become impossible with untreated anxiety.