Imagine being trapped in a cage in the jungle, with strange and menacing noises all around you. The air feels so thick, it squeezes all the air out of your lungs. Your heart pounds. Somewhere a branch snaps. You duck, knowing that death is certain to come for you now.

What you’ve just read is a simulation of what it feels like for people who have panic attacks. Unfortunately, for those who do, the jungle in question remains steadfastly in their heads, making it difficult for those around them to understand why an anxiety attack can feel so debilitating. But the anxiety attack symptoms described above, the feelings of being trapped, of not being able to breathe, the heart palpitations, the feeling like you’re dying, those are all part of the disorder.

If you or someone you know suffers from an anxiety disorder, here’s what you need to know.

What Is It/ What Causes It?

An anxiety or panic attack is like a sudden burst of fear and dread that comes on unexpectedly, often catching the person who has it off guard. The fear a person experiences can seem almost irrational, not only to the sufferer, but also to the people around him/ her.

This is partly due to the fact that there is no obvious threat that the person is responding to. However, the body gives all the signs of threat response because of a reaction in the person’s amygdala. The body also produces an adrenaline response.

Sudden bouts of anxiety can have numerous causes. eMedicine health suggests that the cause of different anxiety disorders could be rooted in a person’s hereditary makeup. Additionally, an article on the Mayo Clinic website reminds people that a medical condition can cause anxiety problems. Finally, an overwhelming amount of stress in a person’s daily life can push the panic response into overdrive.

Women suffer from panic attacks more frequently than men. It’s most common in people in the 18 to 25 age range. Although a bout with anxiety can feel like it lasts a lifetime, most of the time it only lasts around 15 or 20 seconds, according to the American Psychology Association (APA). However, the after effects of the attack can last much longer – sometimes hours in some cases.

Anxiety attack symptoms can be deceiving in that they often mimic other health issues, like heart disease or even menopause. If you’re trying to determine if you have a panic disorder, it’s best to take all the symptoms together.

When you’re having an anxiety attack, you could experience one or more of these symptoms:

Many people who are in the midst of an anxiety attack feel unable to adequately express to others what they are feeling.

Typically, doctors suggest a multi-pronged approach to treating an anxiety attack. Although genetics play a role in a person’s susceptibility to anxiety disorders, some environmental and health conditions play a role.

First, a person who experiences on-going anxiety attacks should visit a doctor to rule out an underlying medical cause like heart disease, diabetes, or thyroid problems. This is especially important if you don’t have a relative who also has a panic disorder. 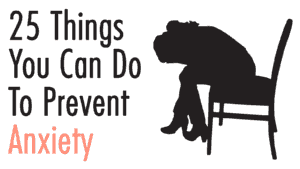 Second, once health-related issues are ruled out, anxiety sufferers should also avoid consuming a lot of caffeine and avoid smoking cigarettes, both of which can increase their risk of having an attack. And some, who might be coming down from drugs will experience panic as their bodies detox from the drugs.