Over the past eight years, Google searches that include anxiety have more than doubled. That’s right … doubled. In just eight years. This astounding fact begs the question: “What in tarnation is going on?” (Shout out to Yosemite Sam.)

We are hardwired for anxiety. While we’ve been around a shade over 200,000 years, our DNA hasn’t really changed that much. What does this mean for how we think? Well, mainly that we continue to operate out of the reptilian brain. And when the part of the brain responsible for impulsive behavior is at the helm, things can go wrong.

Enter anxiety disorders, the most common mental health condition in the world. In the United States alone, nearly 50 million people suffer from an anxiety-related condition (around 20 percent of the population). And that’s just those people who have been diagnosed.

The American Psychological Association (APA) estimates that as many as one in 75 people will develop the psychiatric condition known as panic disorder. Symptoms of this condition include: 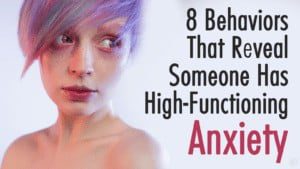 The Current State of Treatment

It seems as if every mental health condition is treated the same way; once the disorder is diagnosed (often, incorrectly), the doctor whips out a prescription pad. The patient is then given a steady diet of prescription medication to take for some indefinite period. Is this the most effective method of anxiety management?

It can’t be, because medications for mental health disorders merely mask the associated symptoms. That is, they do not treat the underlying cause. In fact, prescription medications for nearly every health problem work the same way.

This is not to say that there’s no place for pharmaceutical drugs, some of which are capable of greatly enhancing quality of life, perhaps even saving it.  Some are also capable of destroying life, as the opiate epidemic facing the United States shows every day.

One particularly dangerous type of medication that is commonly prescribed for anxiety are benzodiazepines, or “benzos.” Benzos manipulate the neurotransmitters responsible for cognition, consciousness, coordination, and memory. Xanax and Valium are two popular forms of this class of drugs.

There are many prevention and coping methods that may counteract the panicky feelings associated with anxiety. They may also prove useful in curbing the frequency and severity of panic attacks. The best part is that you don’t need a prescription.

Notice the areas that are tense, and then simply relax them.

This is something with which many people have trouble. By staying in the moment, and facing your anxiety, you weaken the fear association.

You may effectively circumvent hyperventilation by holding your breath while counting to ten a few times.

Fighting feelings of panic is a surefire way to worsen the symptoms, so allow them to come and go.

Forgo the impulse to get up and walk or run. If you are moving around rapidly, the symptoms of panic disorder can exacerbate.

Music is darn near a cure-all. While this may sound nuts, belt out some lyrics.

Remind yourself that panic is harmless and that it will pass.

Okay, so you could do the complete opposite of staying still by engaging in some sweat-inducing exercise. Your symptoms may quickly vanish!

Make this one challenging by counting backward from 200.

If you have a trusted friend or family member that you can talk to, do it!

Manufactured laughter shows to have many of the same brain effects as the real thing.

Being able to visualize yourself in a different situation is a powerful antidote to anxiety.

When in an excited state, the brain is continuously processing internal and external stimuli. Closing your eyes reduces information overload. As such, it may calm you right down.

If you have a quote or something that is meaningful to you, now is the time to recite it.

Many victims of panic attack swear by cold showers, as they can be a powerful antidote.

As with laughing, the brain has a hard time distinguishing between a real and manufactured smile, which makes it an effective method for anxiety management.