Recent research has started to reveal the secrets behind this discrepancy in preferences. To best understand it, we need to consider where hugging came from. We will also look at what might influence a person’s likes or dislikes about the gesture.

Originating from Teutonic and Saxon words that mean “to be tender” and “to embrace”, the word hug has persisted through decades and become synonymous with kindness, gentleness, and friendship. But where did hugging come from, and why do we love it so much?

One of the easiest ways to pinpoint the origins of hugging is by taking a look at animals – specifically, primates. When studied in groups in captivity, primates embrace each other as a sign of greeting or recognition, or shortly after acting in aggression as a way to “make up” with the other animal. Essentially, this hug-like action shows itself as a gesture designed to reduce tension and indicate friendliness.

When approaching each other from the front, apes are prone to greet each other through a variety of forms of touch. Some of these forms would involve hugging, both from the front and from the side, often accompanied by a back pat. This is a positive form of greeting for them, and it’s very similar to what humans do. Given the theory of evolution, it’s not surprising that we carried this behavior into human interaction.

In humans, skin-to-skin, close-quarters contact is often some of the first kinds of interaction you receive. Doctors urge mothers – and fathers – to lay their newborns over their chests for bonding or when nursing, as this forms a close bond between the child and their parent. This becomes a learned behavior for the child.

As one grows, it’s not unusual – and, in fact, it’s quite common – for children to continue to receive hugs and embraces from family members, friends, close guardians, and other people they know and trust. These hugs then become a type of symbol for them. They’re associated with happiness and excitement. They’re a form of comfort and safety. They can inspire confidence and remind one of love.

Essentially, hugs have many positive associations for humans from birth. Likewise, from evolution, humans have the desire to prevent displays of hostility and make it clear to others that we come in peace. In earlier days, this was done through the presenting of gifts. Today, when we first meet someone or see them after a while, we do so through hugging, kissing, and shaking hands in more formal situations.

But hugging means more to us than just showing we are not hostile. Being raised with skin-to-skin contact inspires us to find comfort, security, and trust in hugging other people. That’s why so many people enjoy hugs. But why, then, do others hate it?

Lena M. Forsell and Jan A. Åströmeanings published a paper in the journal Comprehensive Psychology. Entitled “Meanings of Hugging: From Greeting Behavior to Touching Implications,” this bit of research sheds a significant amount of light on the reasons why some people don’t like being hugged.

This article used previous studies and research in order to form a comprehensive and clear explanation behind this affectionate gesture. It discussed the origins and meanings of hugs, what different kinds of hugs mean and why humans perform them, and how important embracing is in human development.

The study also uncovered a variety of potential reasons for the preference differences when it comes to physical embraces. Here are some of the discovered explanations.

A large part of one’s hugging preferences has to do with upbringing. Children who were raised by parents who hugged them often are more likely to carry on the tradition, whereas those who did not receive as much physical affection from parents may become averse to or uncomfortable with hugs.

It should be noted that this can also go the opposite way, however. Some children who feel neglected due to the lack of physical touch from guardians may become touch-starved as they grow. Eventually, this may lead them to become huge social huggers.

It is important to state that hugging is a very important and positive part of raising children, according to Counseling and Counselor Education professor Suzanne Degges-White.

The paper discussed that in early research, women are stated to be more likely to perform hug-like gestures and embraces as opposed to men. This is due in part to social norms that incorrectly consider men who embrace to be homosexual.

The study also suggested that early research indicates men prefer to shake hands instead of a hug, often as a way to assert dominance. Interestingly, more recent research reveals that there are little to no differences between hugging frequency of men and women beginning as early as 1984.

However, they did note that men are more likely to place their hands over the arms, backs, or shoulders of the other men they hug, whereas women may accompany their hugs with kisses towards other women.

Different cultures have different norms when it comes to physical affection. Western cultures are happy with full embraces while women may kiss each other on the cheek at the same time. French and Russian cultures are happy to include the kiss regardless of gender.

Some cultures favor words, only requiring a verbal greeting, while others prefer to shake hands. Meanwhile, some cultures are extremely physically affectionate, even among near-strangers. It all depends on the culture you grew up in – once again, something linked to upbringing.

It’s no secret that different people have different boundaries. Some consider hugs to be a purely loving gesture and reserve it for family and close friends. Others find it to be a friendly motion that indicates goodwill and will hug everyone. Some still may consider hugs comforting and only offer them in support or solidarity.

People may also have different kinds of hugs for different occasions and situations. For example, tight hugs might be for family, light hugs with pats on the back may be for friends, and acquaintances might only receive side hugs.

Outside of the study, science supports other reasons that lead to a dislike of hugs. Here are some of the most common and understood.

a)    Confidence and Self-Esteem

People who enjoy physical touch tend to have stronger senses of self, higher confidence levels, better self-esteem, and more positive thinking regarding themselves.

Those with anxiety of a social variety may find it difficult to engage in hugs and embraces, even with friends and family. Physically reaching out to others can be a cause for panic and nervousness for these people.

People with touch-based trauma, especially those with PTSD, may find it difficult to respond well to touch. Touch can be a negative trigger for these individuals, whose brains may make a bad connection between touch and pain. Those with this trauma must work with a therapist to overcome these difficulties.

Some people may have a fear of coming into contact with germs from other people. Some may be nervous about touching others, ever, and have genuine phobias surrounding physical touch. Again, this is something that is best overcome with professional help.

Believe it or not, a refusal to hug others can affect your health poorly. For young children, a lack of hugs can manifest in two different ways, according to psychology professor Darcia Narvaez:

a)    Lack of vagus nerve development

The vagus nerves are a bundle of receptors present throughout the abdomen and up the spinal cord. These nerves supposedly help individuals behave compassionately or intimately; a lack of development can cause decreased kindness, empathy, and romantic behavior when these children grow up.

b)    Lack of oxytocin system development

This system is responsible for creating the glands that send out oxytocin. Oxytocin is a kind of hormone, and it allows people to form relationships and bonds with others.

A study on orphans in Romania shows that, due to a lack of physical touch, they did not show any positive oxytocin rises when sitting on the laps of parents or guardians. Unfortunately, a lack of oxytocin in the body can make it difficult to recognize and understand social cues, causing a lack of sociable behavior when these children grow up.

But it’s not just children who can benefit from hugs. Studies have shown that hugging can provide strength to the immune system, allowing for better immunity and less risk of disease contraction. Those who feel loved through physical affection actually get a positive immunity boost by up to 32 percent!

On top of that, hugging and physical affection have been shown to have great effects on mental health, especially for those with a terminal illness or disabilities. Embracing can even reduce bodily stress by a significant amount when done with someone you trust.

If you have an aversion to hugs and want to overcome it, there’s good news. Human hormones and emotional systems are naturally attuned to physical touch, so you can unlearn hug aversion if you want to.

If you’re okay with physical touch but have some discomfort with hugging, see if you are able to push yourself to accept hugs from those you trust. Often, slow and steady exposure is a good way to deal with minor hug dislike.

But what if the aversion is serious, trauma-based, or results in strong physical reactions, like anxiety attacks? Speak to a mental health professional who specializes in helping those with touch aversion. Some organizations are also dedicated to similar goals.

Either way, you can also talk to a person you trust about overcoming the aversion and ask if you can work with them on it. Discuss boundaries and consent, and determine the best ways you can slowly introduce yourself to enjoying hugs with this person.

Final Thoughts On Why Some People Don’t Like Being Hugged 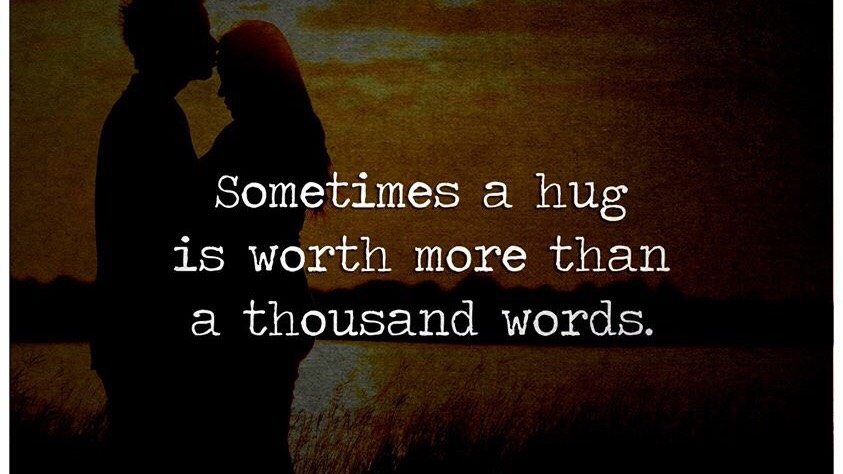 Even though hugging is good for the human body and mind, touch avoidance is something that must be gradually unlearned, typically with the assistance of a professional. For some, forced physical contact can feel very violating.

Respecting the boundaries of other people is extremely important. If someone doesn’t like being hugged, it is disrespectful and imposing to try to “teach” them to enjoy it or to downplay their discomfort and tell them to “lighten up” with positive thinking.

Your best bet is to offer handshakes instead of hugs when meeting someone new. If you absolutely must try and hug someone, take note of their reaction and don’t be afraid to ask first: “Is it alright if I hug you?” or “Can I give you a hug?” And if someone says they don’t like hugs, don’t force them to accept yours!