Jessica McClard launched the grassroots Little Free Pantry project in May 2016 in Fayetteville, Arkansas. Inspired by the Little Free Library concept, she wanted to address the rising food insecurity in the U.S. She filled the mini pantry with non-perishable foods such as canned vegetables, toiletries, and other household items. It began with just one wooden box, and now little pantries have started popping up worldwide.

How Jessica started this project

Jessica said the idea of the little free pantry came to her during a run through her neighborhood one day. She noticed many of the tiny free libraries in her area and loved the idea of sharing items in communities. From there, she wondered how she could apply this to other areas of need. Her mind quickly went to food insecurity, and the Little Free Pantry soon came to life.

After getting the idea, she invited a few friends to help her build the first pantry. They installed it in May 2016 at Good Shepherd Lutheran Church in east Fayetteville. Once the word about the pantry spread around the community, people of all walks of life visited the church. A few months after its creation, Jessica estimated that the box was filled and emptied around six times a day.

Shortly after they built the first location, two more Little Free Pantries joined them. One is at Christ’s Church in south Fayetteville, and another sits outside a church in Ardmore, Oklahoma. Thousands of others have been built worldwide since the project’s launch, and it continues to grow. Jessica answers messages daily from people who want to start their free pantry.

She now has a website and Facebook page to help answer people’s questions and spread awareness about the movement. It’s an entirely open-source project, and Jessica never expected it to grow as much as it has. She hopes that every community will eventually have its very own little pantry to help those in need.

Jessica says that you’ll want to take the location into account first when developing a pantry. You want to ensure safety for everyone who visits, so picking a low-traffic, low-crime area is crucial. Also, make sure you contact city officials to get permission to place your pantry in a public space.

After picking a location, you need to reach out to others who can help you keep it stocked. Perhaps friends, relatives, churches, and other organizations could provide items regularly. In general, items kept in the pantries include household supplies like toilet paper, paper towels, tampons, and diapers. You’ll also want to stock non-perishable foods like canned veggies and proteins, peanut butter, bread, and other snacks. Bottles of water, nuts, seeds, bandages, over-the-counter medicines like pain relievers, and dried fruits are other ideas.

Keep in mind that you’ll want to keep an irregular supply to control traffic and make usage manageable. If you keep the pantry stocked 24/7, it will get hard to maintain the supply consistently. Also, traffic may become a problem for the neighborhood and loitering if too many people congregate in the area. Coordinate with friends and others, helping you decide on a stocking schedule that suits the neighborhood’s needs.

Don’t allow others to dissuade you

Jessica says when she first announced her free pantry idea, many people disagreed with it. They had concerns about the vandalism or people taking too much from them. However, she says that none of those concerns have ever become a reality, as far as she knows.

On Memorial Day, she passed by the original pantry and found someone had decorated it with flags. She believes the pantries are well taken care of by the communities. She also said that if someone needs to take everything from a pantry for whatever reason, they should feel comfortable doing so. After all, the pantries are there to serve people in need. 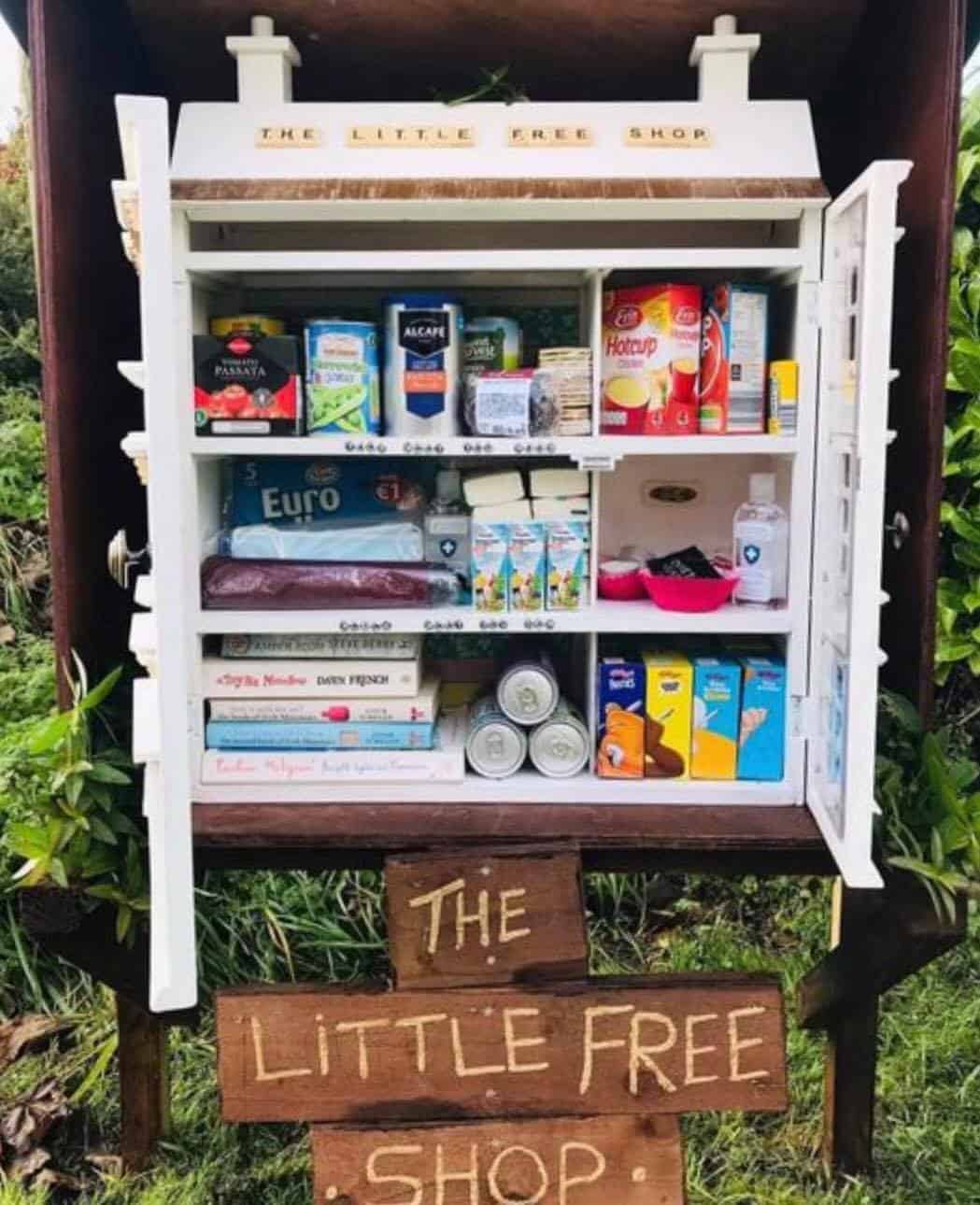 The goal of the Little Free Pantry project

While Jessica knows that the pantries alone won’t solve the growing hunger problem, she believes they can make a difference. Food banks provide help to thousands of people, but their hours may not be convenient for some. The pantries serve as a way to bridge the gap for people experiencing food insecurity. They have access to them 24 hours a day if they need something, and they’re more localized than food banks.

The pantries help bring communities together and promote unity because they serve people from all walks of life. From those who live paycheck-to-paycheck to those who can’t afford a grocery bill, to single parents, many people rely on the pantries. Plus, the anonymity factor helps people because not everyone feels comfortable asking for help. The little pantries allow them to walk up at any hour of the day to get what they need.

The goal of the pantries is to eliminate hunger from neighborhoods as much as possible. So far, 1,530 mini pantries are mapped worldwide, and it continues to grow. Especially during the pandemic when many people have lost their jobs, these pantries provide much-needed relief.