Many people have heard of the law of attraction. The principle states that what we think and feel attracts that same vibration back to us. However, did you know that your words have the power to change your DNA? Words are frequencies, after all, so it makes sense that what we say influences our health.

The Russian biophysicist and molecular biologist Pjotr Garjajev and his colleagues explored the vibrational behavior of the DNA. They refer to human DNA as a biological internet, being far superior to the artificial one we’ve created. Their research explains phenomena such as remote and self-healing, clairvoyance, intuition, positive affirmations, unusual light/auras around people (namely spiritual masters), mind’s influence on weather patterns, and much more.

Western researchers have been mostly interested in studying the 10% of our DNA used for building proteins. However, Russian researchers wanted to investigate the other 90% deemed “junk DNA.”

They joined linguists and geneticists to explore the rest of our DNA and how it influences us. According to them, our DNA is not only responsible for our physical makeup but also stores data and governs our communication. 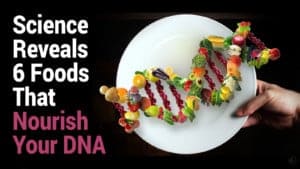 Here’s how our words can physically change our DNA:

All you have to do is say words that reflect the reality you want to see, and you’ll start to see your reality change. In the experiment, researchers found that DNA will always react to language-modulated laser rays and even to radio waves, as long as the proper frequencies are used.

This concept finally explains the power behind affirmations, hypnosis, and other healing modalities. Russian researchers used this knowledge to work on devices that can change DNA through suitable modulated radio and light frequencies and thus repair genetic defects.

Garjajev’s research group proved that using this method, chromosomes damaged by dangerous frequencies such as x-rays can be repaired. They even successfully transformed frog embryos to salamander embryos only by transmitting the DNA information patterns using wave genetics! Unlike the western way of cutting out single genes from the DNA, Russians found a way to transfer all the information without any of the disharmonies. All of this was possible merely using frequency and language, which shows just how powerful our words and the frequencies we expose ourselves to are.

Spiritual masters from various generations have been teaching that words, intentions, and thoughts are compelling and create your reality. The quote from Buddha, “What we think, we become,” describes this perfectly. However, the device the Russian scientists are working on will deliver results as long as the right frequency exists; therefore, one does not have to concentrate on their words and intentions as much.

The collective consciousness, or the state of awareness that connects us all, is primarily determined by our thoughts and energy. So, if we want a better world, it really must begin from within ourselves. The chaos we see outwardly originated in our minds and become a reality due to the actions we collectively took based upon these thoughts. When we all work together toward a common goal and coexist rather than compete, our world will change. Russian researchers call this “hyper communication,” which has existed since the dawn of time. We’ve lost touch with this in the modern world but can regain it by tapping into our intuition and higher states of consciousness.

An example in nature

For instance, in nature, when a queen ant gets separated from her colony, the building continues according to her directions. However, if the queen ant dies, all production stops because the ants lose the signal that tells them what to do. The queen ant communicates using group consciousness. So as long as she’s alive, she can send messages from as far away as she wants. In man, hyper communication can be evidenced by intuition or inspiration from an unknown source. For example, the Italian composer Giuseppe Tartini dreamt one night that a devil sat at his bedside playing the violin. The next morning he was able to note the piece from memory and called it Devil’s Trill Sonata.

When hyper communication occurs, it can be observed in the human being as well as the DNA. The Russian scientists irradiated DNA samples with laser light, and on the screen, they saw a wave pattern. However, when they removed the DNA sample, the wave pattern remained. This effect is now called the phantom DNA effect. It is believed that energy outside space and time influence the DNA sample long after it’s removed.

You can also observe this effect when communication devices go awry around certain people due to their electromagnetic energy field. Or when you accidentally shock someone’s arm when you touch them due to your energy field. This is created by the very power of your own thoughts and intentions, which is influenced by DNA. When someone has a strong energy field, they might notice that CD players, computers, and other electronic devices cease to work for a period of time. Many healers and psychics encounter this in their work. Luckily, it has nothing to do with having weak energy; in fact, the opposite is exact. The stronger your connection to higher consciousness and intuition, the more you’re likely to experience this.

In their book “Vernetzte Intelligenz” (Networked Intelligence), Grazyna Gosar and Franz Bludorf explain these connections between ourselves and our environment. The authors noted that in earlier times humans had lived much like animals in a herd, very strongly connected to the group consciousness and acting together as one. When we modernized our world, we lost this effect to some extent. However, intuition is a lesser form of this knowledge. Remote healing, telepathy, or “remote sensing” about the state of relatives, etc.. can thus be explained. Some animals can sense from afar when their owners will return home. Even if the owner has a different schedule that day, animals can usually sense when their owner is on the way back home.

We now know that just as on the internet, we can connect with the greater network using our DNA and receive signals from others, even remotely. That can only be explained by group consciousness, which is rapidly evolving based on our thought processes and realization that we are not just living on Earth – we ARE Earth as well.

Here’s where it gets fascinating:

Researchers think that if humans could fully regain their powers associated with group consciousness, they would have a god-like ability to create and alter their reality on Earth. You can see humanity’s shifting consciousness at work today because people are getting fed up with the old system and ways of doing things. They don’t want to indoctrinate into the school system, which only serves to create obedient, non-questioning workers who are slaves to capitalism. People want something more. And with these thoughts and intentions, a New Earth is revealing herself right before our eyes.

Kids in school today have a harder time paying attention and following outdated rules because they see something more significant in their future. We want more individuality so that we can become better members of humanity and live out our purpose instead of blindly following orders.

More clairvoyant, sensitive souls are being born today. Perhaps they came here at this time to help shift humanity’s consciousness. They want to live a more harmonious life in balance with nature and her life-giving systems. Some might call them Indigo children. Many indigenous groups believe that they incarnated here specifically to help rebuild our dying planet.

Finally, you can see how group consciousness influences the weather. Think, for example, of the Native Americans holding ceremonial dances when they want it to rain.  The Earth’s resonance frequencies, or Schumann frequencies, impact the weather strongly. However, our brains also send out those same frequencies.

So what happens when many people synchronize their thinking and focus their thoughts in a laser-like fashion? They can positively influence the weather. 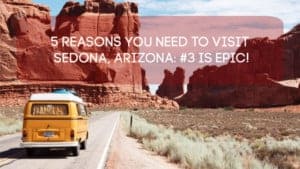 Final thoughts on how our words can change our DNA

This study is revolutionary because it finally proves what spiritual masters have been saying for many years. Our thoughts create our reality and can even reshape the structure of our matter! If you doubt the power of ideas and intentions, you now hold the proof. What you think and talk about really does shape your world. If you want to see a better world, start with reprogramming your DNA using the power of your words.