By now, it’s obvious to pretty much everyone who subscribes to the Power of Positivity that meditation practice produces at least some benefits to the human body.  If you meditate or know someone who does, you’ll almost certainly attest to this.

Due to the popularity of meditation in the United States and other Western countries, it’s a topic of interest to medical caregivers. Professional interested in learning more include psychologists, mental health professionals, and wellness practitioners. Most likely, all of the purported advantages of meditation are in medical and scientific literature.

This implication is a big deal, as some are more inclined to try something if there’s a bit of evidence behind it.

One such research topic is the effects of long-term meditation – and many of the results are utterly fascinating. Here, we’ll be discussing what happens when you meditate for 100 days in a row. (Note: some of the research studies cited are 3-month meditation retreats or just over 90 days.)

Before we get into the potential effects of meditating, let’s cover the basics.

The Basics: What is Meditation?

“Meditation is offering your genuine presence to yourself in every moment.”  ~ Thich Nhat Hanh, Vietnamese Zen Master

Despite the widely-held image of a monk sitting in a temple chanting, or some person trancing out on a pillow, meditation is a rather loaded concept with multiple meanings. Most individuals in the West have practiced some form of mindfulness meditation, which typically involves the open monitoring of mental and physical events.

Also popular are the Eastern-derived meditation styles of Samatha and vipassana. Most 10-day retreats build upon the latter. However, the former is taught and learned as a means of “calm abiding” or maintaining mindful awareness amid daily life.

Zen master Thich Nhat Hanh (and several other teachers and masters) do not limit meditation to a structured activity that occurs while sitting cross-legged on a cushion. While “sitting” (an informal Zen term for meditation) is considered a necessary aspect of a broader practice, true meditation requires us to be fully aware and attentive in the midst of any and activities, however mundane.

While simple, the act of remaining present is not at all natural. It’s tough going, and it is so because of our continuous mental activity. Just in case you haven’t noticed, our mind always seems to have something to say.

Meditate: Achieve balance in your mind

Have you ever wondered why that is? Well, if the Buddhists are right, it’s because this self-chatter isn’t really “you.” Nor is it a “self.” It’s a conditioned pattern – habit energy – of the mind.

Buddhists consider this constant noise to be a kind of “mental disorder.” The natural state of our mind is silent, bright, and luminous. Yet, it has been made opaque through conditioning (i.e., “being in the world.”)

It is vital to realize that this habit energy strengthens the longer that it goes on, continuing to cloud our once-pristine mind.

An example of the healing power of meditation

To illustrate, let’s analogize a smoker.

If someone picks up smoking, they’ll immediately do damage to what was before a smoke-free body. However, if the individual quits smoking after, say, one or two cigarettes, they can reverse the damage quite quickly. But if the person becomes addicted, and continues to smoke year after year and pack after pack, both the mental and physical qualities of that person are severely damaged.

The good news is that a person can stop at any time. A day or two after finishing, their body begins to restore itself.

In the same way, we can approach our conditioned mind and replace its harmful contents with their opposites. One way, the best way of doing this is through meditation.

What Happens When You Meditate for 100 Days

In this section, we’ll be citing from both scientific and other sources (e.g., testimonials). However, it is essential to understand that because everyone is different. Therefore, your results (and benefits) of meditation practice will likely vary from another’s.

In a study published in the journal Psychological Science, researchers tested if sustained attention (“concentration”) improved throughout a 3-month retreat. Per the study, “[Focused meditation] training produced improvement in visual discrimination … [and] improved vigilance during sustained visual attention.”

The type of meditation practiced in the study is called Shamatha, which also known as “calm abiding” or concentration meditation. It involves single-pointedly focusing on a stimulus (e.g., body sensations of the in and out-breath) over a duration of time.

Other studies have also shown improvements to concentration in even shorter timeframes.

The amount of stress that we are subjected to nowadays is unprecedented.  This more than perhaps reveals any other reason as to why people embrace meditation practice. Indeed, there is abundant evidence that meditation can ease the body and mind.

Per a study published in the journal Health Psychology, researchers made a potential breakthrough discovery. Using serum cortisol levels 57 individuals who partook in a 3-month Shamatha retreat, the study’s researchers discovered a possible correlation between self-reported mindfulness and cortisol production. Put another way, the simple act of paying attention in the present moment may suppress the release of damaging stress hormones.

Also, in a 2013 study published in the Journal of the Medical Association of Thailand, researchers found that just four days of mindfulness meditation practice reduced the levels “stress hormone” cortisol by an average of 20 percent. 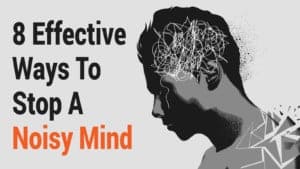 3 – You May Reduce Anxiety When You Meditate

One of the most significant neuroscience discoveries over the last decade or so is that selective attention can “deselect” brain circuits responsible for emotional rumination. Lest we forget, emotional turbulence perhaps the number one reason why we find it so challenging to stay focused.

It’s unsurprising, then, that studies have found that meditation is capable of reducing – and even eliminating – anxiety. In a 2013 study published in the Journal of Clinical Psychiatry, individuals enrolled in an 8-week mindfulness-based stress reduction (MBSR) program reported “a significantly higher reduction in anxiety…,distress ratings…and a greater increase in positive self-statements.”

Emory University in Atlanta, Georgia, conducted one of the more groundbreaking studies regarding the effect of meditation on anxiety. Using brain imagery, researchers found that participants who practiced both concentration meditation and compassion meditation (involving the generation of loving-friendliness) reduced activity in the amygdala.

The amygdala is the region of the human brain that most strongly correlates with the flight-or-flight response. “Overall, these results are consistent with the…hypothesis that meditation may result in enduring, beneficial changes in brain function, especially in the area of emotional processing,” said Gaëlle Debordes, one of the researchers involved in the study.