Do you have doubts about your current relationship? Do you wonder if your boyfriend’s or husband’s feelings for you are genuine? Or, do you have second thoughts about whether you’re being treated fairly by your man?

Unfortunately, this isn’t an uncommon occurrence in unhealthy or unbalanced relationships. Your partner may be using you, whether intentionally or unintentionally, causing you to continually feel like you’re getting the short end of the stick.

But why would someone do this? They may be frightened of being alone, of losing financial and romantic stability, or of breakup confrontation. Perhaps they may desire easy access to bedroom activities or may enjoy being in relationships for the sake of it. They may have feelings for someone else, or they just might not be making enough of an effort.

It’s a complicated situation. Regardless of the reason, though, you never deserve to be treated this way. It can be a severe drain on your positive self-esteem and emotional energy, and it’s just not healthy! That’s why it is imperative that you spot the signs of such treatment.

Here Are 6 Signs A Man Is Using You

Getting personal is part and parcel of being in a relationship. You want to get as close as possible, both physically and mentally. So if your partner has no interest in doing that, he may be using you. Here are some ways he might do that:

Someone who genuinely likes you will want to find out more about you. That’s how they figure out if you’re compatible in the long run, or find out how to make you happy.

No matter what you do, you can’t get your partner to open up. He doesn’t tell you about even the simplest of things, like what his hobbies are or what his weekend plans are. He also refuses to talk about his emotions, so you’re never really on the same page.

When someone doesn’t want to get personal, having in-depth, insightful, or stimulating conversations is nearly impossible. This lack of engagement can leave you with dry, boring conversations. Take extra note of this if it seems like you’re doing all the conversational heavy lifting all the time.

This man has plans for his short-term and long-term future – but none of them include you. He talks about what’s to come without thinking about you, or maybe he won’t talk about the future at all. You find out about his achievements and life events by accident, through others, or much too late to bring it up. To him, you’re not a part of his life.

When you talk about how you feel like he doesn’t care, or when you try to discuss how distant he is, he shrugs and waves it all away. Even if he pretends to care, his actions, later on, will indicate he never really did.

You’ve been going out for a while, but you’ve never met his friends or family. When you ask, he brushes it off. A man who is committed to you for the right reasons would want you to meet those he loves and cares about, but a man who is using you wouldn’t see the point in doing so.

2 – He Has Issues Discussing Commitment

Someone who is using you isn’t really committed – or, at least, not in the right ways. It’s pretty evident that if a man won’t talk about commitment or a future together, then he’s not serious about you at all. His lack of communication may also indicate that he’s going to try and continue being with you for as long as he can – or, basically, using you.

But it’s just as bad the other way around! Many people think it’s a positive thing when someone becomes committed to you very quickly, but it can be quite the opposite.

Too-early declarations of love and devotion can indicate that someone is in love with the idea of you, not who you are. That’s how you wind up being a manic pixie dream girl, and being used by someone who doesn’t realize they’re even using you!

Selfishness is a terrible trait all around, but in relationships, it can be especially toxic. This trait is often the most definite sign that someone is using you; there’s just no way to look at this behavior in a positive light! Here are some signs to look out for.

Relationships are about give and take. If your man always asks for favors but never seems to be able to return them, he might just be using you for convenience. In other words, he’s taking advantage of you!

Compromise is crucial in any relationship. If you feel like you’re getting a losing deal every time there’s a disagreement while your man walks away happy, he is taking advantage of your love for him to get what he wants.

It feels like every time you see your partner; he’s asking to borrow something of yours that he likes. And then, when you say no, he practically throws a fit. He could be just using you for your material objects.

Yes, of course, partners often have different income levels. It’s okay for one partner to be financially dependant on another in a committed relationship if both parties are in agreement about it.

But if your man only comes around when he’s in a tight spot or wants to buy something, be cautious. This behavior is especially true for new relationships; someone who wants to be financially dependent on you from the get-go raises many red flags!

Intimacy is about giving and taking. If your man is only focused on his pleasure in the bedroom and doesn’t care about yours at all, he may just be using you casually for intimacy.

Affection plays a significant role in most relationships. Though levels of warmth vary between different couples, they will usually involve much more than none at all. A lack of affection often points to a lack of interest, meaning that the man in your life may be with you for reasons that aren’t purely romantic. Here are some things to look out for.

For some reason, your man never brings you out on dates. If you suggest one, he’s often not interested. When you do see each other, it’s never romantic or unique. It’s like he’s missing a romance chip – but he might just be losing interest.

He treats you like he treats everyone else – or worse. You often feel like just an acquaintance or a roommate to him. And he doesn’t seem to have any interest in changing that, either.

He doesn’t hold your hand. He doesn’t want to hug or cuddle. You rarely ever kiss, if at all, even just on the cheek.

In most cases, a man who doesn’t want to express physical attraction to you just isn’t attracted to you at all.

An excess of physical affection seems like something that should cause positive thinking – but be warned!

A man who can’t keep his hands off you but doesn’t show any signs of interest in you beyond that might just be using you for intimacy, or as a trophy of sorts to have on his arm. So if he can’t stop touching you but doesn’t care about your interests, feelings, or goals, it’s a red flag.

5 – Everything Is On His Schedule

We all know what it’s like to have a hectic schedule. In a positive, healthy relationship, you’ll learn to balance it all out so you can spend time together without jeopardizing the rest of your life. But your partner doesn’t do that at all – everything seems to be on his schedule, and he couldn’t care less about yours.

A man who is using you won’t go out of his way to see you if it’s not incredibly convenient for him. Here are some examples: 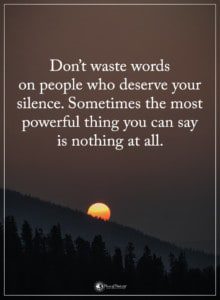 A good partner is there for you when you need them unless they’re in their own inescapable situation. A man who uses you wouldn’t burden himself with being supportive or being there for you. As such, being in a relationship with a person like this can make you feel unimportant and lessen your positive thinking.

This man flakes out on a lot of promises and dates. He bails on you last minute and consistently disappears when you need him most. He’s got an excuse to get out of spending any time with you at all. When he has to choose between you and something else, he will, without fail, never opt for you.

You might find yourself making excuses for him (or believing the ones he’s made), but remember that if he wanted to spend time with you, he would find a way to spare even a short while for you. 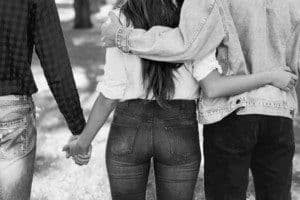 Final Thoughts on Discerning if Your Man Is Using You

The act of using someone and leading them on is hurtful and often cruel. It betrays trust and faith, ultimately damaging a relationship and harming the self-esteem of the affected partner.

If you have reason to believe that your partner is using you, it’s time to sit down and have a serious heart-to-heart talk about it. You deserve better than to be treated this way, so keep your positive thinking and remember your worth!