Impostor syndrome is a term used to describe a condition in which a person doubts his or her abilities. People who suffer from this syndrome may feel inadequate or feel as if they don’t deserve their jobs or achievements.

Does that sound vaguely familiar to you? No wonder! A clinical research project found that 70% of people will experience impostor syndrome at least once in their life.

If you have impostor syndrome, regardless of how much you achieve, you may feel as if you are an actor playing a role. This emotion can happen regardless of which jobs you’ve held or how well you performed on those jobs.

You may feel the need to make certain moves to prove you’re “legit.” For instance, if you’re a college professor, you may need to dress or behave a certain way to prove yourself. Perhaps you make a habit of mentioning individual awards you’ve won or displayed your awards or trophies prominently in your office.

You might also find yourself applying for grants, entering contests, and continuously working on more projects than you can handle. This is because you want to prove that you’re doing more than acting a role. For you, a list of accomplishments shows that you’re a bona fide success. 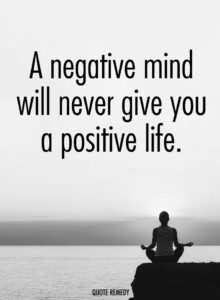 2. You Question Your Awards

Even high achievers can feel like impostors. If you’ve worked hard to win a prestigious award and always question if you deserve it, you may have this syndrome. This uncertainty is especially true if others around you recognize your talent and praise it.

The next time you find yourself doubting that you deserve something, consider that others would disagree with you. If a committee of people chose your project as the winner, it’s because they found it worthy.

3. You Don’t Apply for Better Jobs

Some people with impostorism fail to seek out better work opportunities. They may even fail to realize that they can do better than their current jobs. If your co-workers or loved ones keep asking why you don’t apply for that job in management, and you cannot give a solid reason why then you may be suffering from the syndrome.

Failure to pursue better opportunities can also lead to job dissatisfaction in the long run. While a person feels like the current job is not challenging enough, he or she is afraid to reach for a better opportunity.

If you feel inadequate on your job, you may not believe you’re worth what you’re being paid. This can hold you back from advancing on the job. For instance, you may be resistant to ask for a raise, or you may believe that you don’t deserve a promotion.

In reality, you may be a prime candidate for a raise or a promotion. Consider those around you. Are your co-workers promoted even though they’ve achieved less than you? If so, then you’re perhaps more qualified than they are. 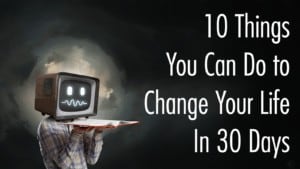 5. You’re Terrified of Being “Discovered”

People who feel like impostors live in fear of being found out. For instance, if you’re a professor, you may worry that your colleagues will find that you aren’t as effective at teaching as you should be. If you’re a physician, you may worry about receiving criticism from patients who doubt your abilities.

However, a fear of being discovered isn’t limited to high achievers. People who work in working-class jobs may worry about being exposed at work, too.

Have you ever been praised for achievement and made excuses for why you were able to achieve it? For instance, people who feel like impostors will rarely, if ever, give themselves enough credit.

If someone with this syndrome publishes an article or a book, he or she may claim it was achieved by getting lucky or having connections in the business. Meanwhile, to others, it is obvious that the achievement was earned through skill and hard work.

7. You Have An Irrational Fear of Failure

Everyone worries about failure from time to time. However, those who feel like frauds will worry to the point of obsession. This worry may cause them to work harder than necessary in hopes of avoiding failure.

Worry can also cause constant anxiety or panic. Fear of failure may lead to avoidance or rejection of new opportunities at work or at school.

In a research article on mental health, it was found that a fear of failure is especially prevalent in college students. The research suggests practicing mindfulness may be a way to combat anxiety related to performance and evaluation. Mindful activities are designed to help a person overcome their tendency to be judgmental. Some mindful exercises are as follows:

8. You Have an Inferiority Complex

An inferiority complex is a term used to describe a condition in which you feel you’re inadequate or you’re unworthy. You may feel you aren’t as good as others.

9. You Have a Constant and Negative Internal Dialogue

People who feel like frauds have a constant, nagging voice. This voice might remind them that they are off schedule with a project. The voice will tell them they will never accomplish everything on the list for this week. This voice generally makes the person feel inadequate.

It is very difficult to ignore such voices. However, some people have found success with the help of professional mental health counselors. According to an article from the American Psychological Association, individual counseling can help people break the cycle of negative thinking associated with the syndrome.

People with impostorism lack confidence, regardless of how successful they become. People at the tops of their fields may even question why they were chosen for jobs or why they are qualified for their positions.

One popular way that people deal with feelings of inadequacy is to set unrealistic goals. They strive to be perfect as a way of showing how worthy they are. Perfectionism is a whole new problem, though. No one will ever achieve perfection. Thus, they fight an uphill battle and rarely feel they’ve achieved as much as they would like to. 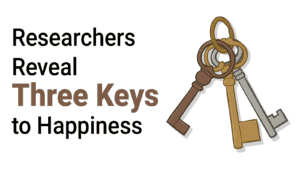 12. You Cannot Help Comparing Yourself to Others

Those who feel like impostors want to feel as good or better than others. People compare themselves to others by asking questions like these:

If you suffer from impostorism, you may have a long list of things you want to achieve. This list is probably very specific and extensive. You may want an education from the best schools and a top-notch job in a specific field. However, even once these things are achieved, you still won’t be satisfied.

When a person fails to achieve satisfaction, he or she may feel like a failure. This might also lead the person to have regrets about specific life choices. Instead of focusing on what they have achieved, they focus on failures or rejections.

Some people are falsely modest when accepting praise, but this isn’t the case for people who suffer impostorism. While a falsely modest person may be cocky underneath, someone with impostor syndrome genuinely believes he or she is unworthy of praise. After being complimented, someone with the syndrome may ask themselves the following:

15. You Struggle with Criticism

Some people don’t take criticism well. They see criticism as a confirmation that they have failed or that they don’t belong in their field. Instead, criticism should be taken and used effectively as a way to improve. 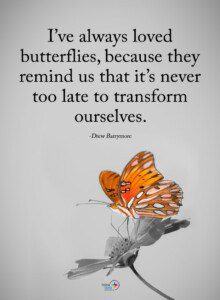 This mental health concern is not a rarity. Better news–you can seek counseling to work through the roadblocks that hold you back. So if you struggle with this syndrome, consider speaking with a therapist. A mental health professional will help you to learn more about avoiding negative thinking and behaviors.