The term hoarding refers to a psychological disorder whereby an individual refuses to discard things that they own. The person holds a firm belief that they will eventually need these items for some reason.

According to a 2016-study published in the Washington Post, the most recent and relevant data available, compulsive hoarding significantly affects the lives of more than 19 million people in America. It is also worth noting that this particular mental health disorder is known to run in families. In short, those with parents or siblings who have a problem with this often misunderstood psychosis could develop it themselves.

What You Probably Do Not Know About Hoarding

As with any mental health disorder, hoarding can have a profound impact on one’s life. That’s not to mention the impact it has on the lives of others.

For example,  some individuals stockpile so many items in their homes that they create a fire hazard. Thus, they make the home inaccessible and also inescapable.

What items do people hoard?

While the type of items collected can vary from one person to the next, a study published by the International OCD (Obsessive Compulsive Disorder) Foundation revealed that the average hoarder has their home filled to the brim with the following:

In severe cases, some individuals may even fill their homes with garbage, rotten food, and human or animal excrement, according to the International OCD Foundation article.

Along with blocking exits in case of a fire, these items can also make the home unsanitary. And this is especially true when it comes to excrement and rotten food. That’s because both can attract rodents and increase one’s risk of being exposed to infectious diseases. The same also applies to bacteria-carrying insects.

To further illustrate this point, we need only take a look at a study published by the BBC, also known as the British Broadcasting Corporation. According to the study, the average housefly buzzing around one’s home carries 600 different strains of bacteria. Moreover, each bacteria can contribute to the following health problems:

As far as rodents are concerned, they can also cause health problems for hoarders and their families if they find their way into the home. According to an article published by the well-regarded Canadian Global Television Network, the urine, saliva, and feces produced by rodents can cause serious health problems, including

While other illnesses stem from living in an overcrowded, unsanitary home, those mentioned in this article are among the most common. Furthermore, they are usually the ones that will prompt friends and family members to encourage hoarders to seek help.

Hoarding Is a Mental Illness

Having established the fact that hoarding is, indeed, a mental health disorder, let’s delve a little deeper so that we can get a better understanding of the psychological and physiological toll that it can take on one’s life. According to the fifth edition of the Diagnostic and Statistical Manual of Mental Disorders, also commonly referred to as DSM-5, hoarding meets the criteria necessary to be deemed an obsessive-compulsive and related disorder. And this is because it can be accompanied or made worse by anxiety and depression, both of which co-occur in roughly 75 percent of individuals with a hoarding disorder.

Let’s break this down. For example, the same compulsion that drives an individual to keep checking to make sure they locked their front door is the same urge that compels them to hold on to items. Beyond that, it will often drive them to hold on to things that can jeopardize their health and wellbeing.

Additional Signs That Reveal a Hoarder

Along with an overcrowded and unsanitary home, there are many other signs that are synonymous with hoarding. According to the fifth edition of the Diagnostic and Statistical Manual of Mental Disorders, individuals with a hoarding disorder will:

Why Do Some People Become Hoarders?

Given the threat to one’s health and overall wellbeing, you might be wondering why hoarders would engage in the behavior. As with any other mental health disorder, there is no easy answer to this question. Aside from genetics, people who hoard do so for many reasons. For example, some studies show that hoarding-related behavior is a byproduct of other mental health problems, such as depression and ADHD, also known as Attention Deficit Hyperactivity Disorder.

Further, several highly credible studies, including one from the National Institutes of Health, have shown that many individuals who identify as being hoarders are also struggling with some form of emotional trauma. That said, some of the traumatic events that can drive individuals to become hoarders include

Along with these events, several studies have shown that hoarding-related behaviors are especially common among those who have previously lost all of their possessions. And this could be the result of either a fire or eviction. In either case, it is not too hard to see why they might want to hold on to their things even tighter on the second go-round. While it is easy to feel sympathy for those who have gone through traumatic events that have led to them becoming hoarders, most would agree that it is in their best interest to seek the help of a licensed mental health professional. The same applies to those who are struggling with the disorder due to genetics. 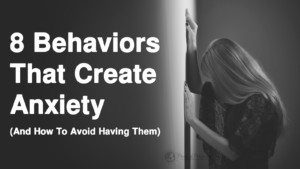 What Treatments Are Available to Hoarders Who Wish to Regain Control of Their Lives?

If you’re a hoarder who is ready to regain control over your life, undo the overcrowding in your home, and reduce your risk of falling victim to an infectious disease, you will be happy to know that there is no shortage of treatments available. For those who engage in hoarding-related behavior due to an underlying mental health disorder or a traumatic event in their lives can usually benefit from counseling. However, the same cannot be said for those who develop the disorder as a result of a genetic predisposition.

As of the writing of this article, there are no FDA-approved, Food and Drug Administration, medications available to treat this particular obsessive-compulsive and related disorder. That aside, counseling has been proven effective in helping many individuals put their hoarding-based lifestyle behind them for good. And this is especially true for those who underwent cognitive behavioral therapy (CBT). To substantiate this claim, we need only take a look at a study published by the International Obsessive Compulsive Disorder Foundation.

According to Gail Steketee, a professor and dean at Boston University and, most notably, one of the many researchers involved in the study, 70 to 80 percent of hoarders who underwent CBT saw significant behavioral improvements after completing just 26 sessions with a licensed therapist. Along with CBT, individuals who struggle with a hoarding-based disorder have also been shown to benefit from the following types of behavioral therapy:

This approach to behavioral therapy is every bit like it sounds in that therapists will work with individuals to help them better understand their disorder.

An integral part of counseling for those who are hoarders is learning how to get organized. Many therapists will not only help their patients in this regard but also instruct them on how to solve problems.

This approach to behavioral therapy revolves around teaching individuals how to declutter both their mind and physical space. During this counseling, individuals learn how to distinguish between the possessions they need versus those that represent an emotional attachment.

In summary, a hoarding-based lifestyle can compromise numerous aspects of an individual’s life. Fortunately, with the help of a licensed therapist and a willingness to correct this maladaptive behavior, individuals can regain control. And that fact improves not only their home but also their life.