As revealed by the National Alliance on Mental Illness (NAMI), approximately 1 in 5 US adults is diagnosed with mental illness every year. Even worse, NAMI reports that over 11.2 million Americans are severely affected by mental illness to an extent of interfering with normal life activities. The above statistics reveal the enormity and seriousness of mental disorders.

Despite the increasing awareness on mental illnesses, there is still a lot that needs to be done, especially when it comes to handling victims of mental disorders. A large number of people fail to understand what people go through when battling mental illnesses, which explains the ever-increasing number of suicides since the turn of the century.

To help combat mental illnesses, it is important to have a deep understanding of disorders and the various challenges associated with the conditions. As you might be aware, living with mental illness is no walk in the park as victims struggle with both personal and social issues.

Read on to find out what it’s really like to live with mental illness.

1. You feel as if you are Losing control

Mental illnesses rob people of the control they initially had in their lives. That is, your thoughts easily get to you, making you feel worthless and undeserving of life. As most victims will agree, dealing with mental disorders gets tougher each day, especially when lacking adequate support from family and friends. Over time, victims of mental disorders tend to lose touch with reality, more so if they allow the thoughts to get the better of them.

2. You start believing that you are unworthy

Once diagnosed with mental disorders, most patients tend to develop feelings of unworthiness. This usually happens due to the disappointment arising from diagnosis. The stigma surrounding mental illnesses does little to help people battling with the mental conditions. Worryingly, victims of mental disorders have higher chances of being suicidal since they question their importance to family, friends and the society in general.

3. You believe you are bound to make mistakes

Unfortunately, a large number of people diagnosed with mental disorders have to deal with anxiety regularly. Victims of mental illnesses tend to doubt themselves as they believe that they are prone to making mistakes. When battling mental disorders, victims tend to avoid taking up responsibilities due to the fear of messing up; this can be frustrating for individuals who, before diagnosis, were highly confident of themselves and their ability to perform consistently.

4. You feel it’s impossible to be happy again

It is not uncommon for people diagnosed with mental disorders to question their ability to be happy. For instance, due to the fear of panic attacks and irritability, victims of anxiety and depression usually avoid interacting and socializing with others. Over time, people struggling with mental disorders tend to isolate themselves as they doubt their ability to maintain meaningful relations.

For most people, mental illness is like a hole that is impossible to climb out of. Due to this, victims rarely face life with enthusiasm since they lack the belief that they can overcome their respective disorders. As such, a large number of victims prefer keeping their issues to themselves which, in the long run, can further worsen the situation. People dealing with social anxiety usually find it hard to interact with others despite being willing to make new friends.

6.You become scared of yourself and others

If you have been diagnosed with a mental disorder, then you must be aware of the exaggerated feelings of fear and anxiety. All mental disorders weigh down on victims, especially due to the fear of losing control or rationality. As such, it is important to reassure friends and family that are battling mental disorders. The fear of self and others is attributed to the self-doubt that emerges as a result of mental illnesses. Once diagnosed with mental conditions, most people find it hard to trust their judgment as they can’t differentiate between genuine thoughts and thoughts that emerge as a result of the illness.

7. You lose your identity

Since mental illnesses affect the brain, it is not unusual for victims to lose their personality, especially when struggling with denial. To put it in perspective, individuals battling with depression or ADHD tend to lose touch with who they were before the diagnosis. Depression can leave one feeling lonely and unworthy of love despite being jovial and extremely social before diagnosis. It is always difficult for people battling with mental disorders to differentiate between the sickness and their true selves. If not addressed immediately, such feelings can lead to suicidal thoughts over time.

8. You find it difficult to fit in

Unlike other disorders which are well-known and understood by the public, mental illnesses are yet to be fully understood, and accepted by society. Unfortunately, a large number of people view victims of mental illnesses as unfit to lead or participate in important activities. Even worse, the stigma surrounding people diagnosed with mental illnesses can be overwhelming, especially for people who lack a strong support system. To avoid the stigma, most victims tend to isolate themselves which instead of making things better, only increases the chances of aggravating their respective conditions.

Understanding what a victim of mental illness goes through is not easy, especially when dealing with conditions such as ADHD, Schizophrenia and Bipolar disorder. While such victims might be genuinely wrong in their judgments, it is important to handle them with caution to prevent causing unnecessary harm. Most people feel misjudged, especially when the symptoms surface. Someone with ADHD can be unfairly judged as disinterested in an activity while in real sense, it is the condition that leads to a lack of concentration.

10. You feel disconnected from the world

Mental illnesses are known to leave victims feeling out of place and disconnected from reality. To expound further, people battling depression struggle to understand their situations and that of others. This can create a disconnect, especially when it comes to personal relationships or business. As mentioned earlier, mental illnesses make victims doubt themselves and their ability to cope with real life situations. Due to this, victims usually feel out of place when required to participate in normal activities such as work, school, or social interactions.

The importance of creating awareness on mental illnesses cannot be overstated, especially due to the need to help victims in their fight against the disorders. Without proper care and assistance, it is easy for people dealing with mental illness to stop putting up a fight and give up. This is due to the stigma and stereotypes surrounding mental illnesses which make it hard for victims to cope with their already difficult situations. Conditions such as depression, Bipolar disorder and ADHD can leave victims feeling isolated and without the will to push on.

Being honest, not everyone can understand mental illnesses and their true implications. While others might encourage you to discuss your issues, opening up never feels okay since no one can truly understand a mental disorder without experiencing it. Some people pretend to care, only to be judgmental later on when the symptoms surface. To avoid being judged or treated differently from others, most victims prefer keeping their personal struggles to themselves. Pretending to be okay does little to fight mental illnesses since the symptoms can worsen if proper care is not undertaken. 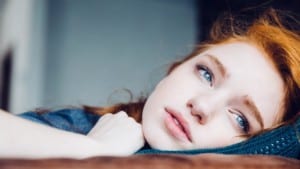 13. You fail to understand what you are going through

Dealing with mental disorders can be overwhelming, especially when having to juggle between the condition and personal responsibilities. For most victims, mental disorders make life unbearable since, once diagnosed, nothing will ever be the same again. Dealing with work, school or other responsibilities can be too much to handle for someone diagnosed with a mental disorder. Due to this, it is important to take time to understand people suffering from mental illnesses and how to help them overcome their conditions.

14. You believe you will never get better

Although medication can help reduce symptoms and manage mental illnesses, the risk of recurrence remains high, especially for people with a history of mental disorders. Due to this, most patients doubt their ability to recover since the disorders can reoccur later on despite being managed. The lack of enough information at the time of diagnosis usually leaves patients skeptical of successful recovery.

Final thoughts on what it’s really like to live with mental illness.

As can be seen from the above discussion, mental illness is a serious condition that requires adequate attention. Although awareness on mental illnesses has increased over the years, a lot more still needs to be done to protect the welfare of people diagnosed with the disorders.

Living with mental disorders is not easy, especially since victims have to deal with social stigma and stereotypes. Unfortunately, some people still view mental illnesses negatively thus making it hard for victims to cope with their conditions. To help out in the fight against mental illnesses, it is important to consider the various challenges victims are forced to face.