According to the National Institute of Health, the primary agency of the United States government responsible for biomedical and public health research, more than 16 million Americans reportedly experienced a major depressive episode during the past year. Given these statistics, it should come as no surprise that the Food and Drug Administration (FDA) recently approved the use of psilocybin, which is found in magic mushrooms, in trial treatments for depression.

Psilocybin is a hallucinogenic that is native to certain mushrooms, which can trigger feelings of euphoria. The approval of psilocybin comes amid growing interest in all-natural remedies like CBD oil, for example, which offers similar relief from depressive symptoms without the side effects commonly associated with traditional medicine. In this article, we will take a closer look at what the clinical trials for psilocybin entail and how these mushrooms could potentially revolutionize depression treatments.

According to Newsweek, an American weekly news magazine, the green light for clinical trials involving the use of magic mushrooms in treatment-resistant depression was given to Compass Pathways, a life sciences company that prides themselves on accelerating patient access to evidence-based innovation in the realm of mental health. According to a statement released by Compass Pathways, the clinical trial will include 216 study participants that have been formally diagnosed with treatment-resistant depression.

These individuals will be taking part in what is described as “phase two” trials, which will span 12 to 15 sites throughout North America and Europe. It is important to note that all participants will receive psychological support while participating in the clinical trial, according to researchers at Compass Pathways. Also, according to spokesperson Tracy Cheung with Compass Pathways, the clinical trial involving the use of psilocybin therapy in treatment-resistant depression will be the largest of its kind.

WHAT IS THE PRIMARY OBJECTIVE FOR CLINICAL TRIALS INVOLVING MUSHROOMS FOR DEPRESSION?

For those who are struggling with depression, the green light given by the FDA for the clinical trials involving psilocybin for treatment-resistant depression means they are one step closer to naturally improving their mental state. However, this approval doesn’t negate the need for CBT (Cognitive Behavioral Therapy) and other forms of counseling. According to the National Institute of Health, the likelihood of overcoming depression increases substantially with a two-pronged approach consisting of medication and counseling.

That said, researchers with Compass Pathway hope these clinical trials are a success. That’s because it will enable them to apply for marketing authorization, which will make magic mushrooms for depression a viable alternative for those seeking relief from depression. In fact, more than 100 million people worldwide struggle with treatment-resistant depression and have found little to no success with existing treatments. According to George Goldsmith, Chairman and Co-founder of Compass Pathways, they will be working closely with the FDA to accelerate the development processes that are critical to the study with the hopes of making treatments available to those need them the most. Goldsmith also states that it may take 12 to 18 months to complete the clinical trial.

There is no denying that the psychedelic drugs of a bygone era are making a comeback; however, instead of being used for their psychoactive effects, scientists and researchers are quickly coming to the conclusion that these drugs can be used treat a number of mental health problems like depression, anxiety, and PTSD (post-traumatic stress disorder), for example. Some of the most notable drugs include LSD (lysergic acid diethylamide), MDMA (3,4-Methylenedioxymethamphetamine), and psilocybin. Although traditionally prescribed medications are effective for some people, they don’t work for everyone. Also, most of these medications can cause severe side effects. According to Harvard University professor and medical director of the National Alliance on Mental Illness Dr. Kenneth Duckworth, the medical community needs to be more creative when it comes to medication used in the treatment of depression even if means thinking outside the box.

The most recent results stemming from clinical trials involving psilocybin for treatment-resistant depression are detailed in a 2017 study published in Scientific Reports, an online science and technology journal. Early results from the clinical trials showed that study participants who were formally diagnosed with depression and took psilocybin noticed a marked reduction in depressive symptoms within weeks of taking the psychedelic drug. Some believe that the compounds in psilocybin played a critical role in resetting the participant’s brain circuitry, which, in turn, helped to ease their symptoms.

However, Compass Pathways cautions that these results were based on a small number of study participants and further testing will be needed to determine the full scope of safety and efficacy when it comes to psilocybin in the treatment of depression. All in all, the outlook for psilocybin in the treatment of depression looks quite promising. A separate study, which involved researchers at New York University and John Hopkins University, revealed that a single dose of psilocybin was effective in easing anxiety symptoms among cancer patients.

These findings further demonstrate the potential for psilocybin as anxiety and depression often go hand in hand. According to researchers at Compass Pathways, psilocybin appears to work by creating new connections in the brain while deactivating the ones that trigger depression.

As with any clinical trial, the health and safety of all study participants is a top priority for scientists, researchers, and Compass Pathways as a whole. According to the ADF (Alcohol and Drug Foundation), magic mushrooms do not pose a significant health risk unless of course they are taken in large amounts or if an individual has consumed an exceedingly strong batch. Of course, consuming magic mushrooms to combat any mental health disorder should be done under medical supervision to minimize adverse reactions like vomiting, diarrhea, psychosis, and seizures, for example.

It is important to note that prolonged depression can impact both your mental and physical health. According to Mental Health America, a leading community-based nonprofit dedicated to addressing the needs of those living with mental illness, depression or bipolar disorder contributes to 30% to 70% of all suicides. In addition to suicidal thoughts, the following symptoms are also common among those struggling with prolonged depression:

When it comes to depression, many factors can contribute to the disorder including brain chemistry, hormones, and even genetics. Regardless of the cause, however, the feelings of hopelessness and despair are universal among those who are struggling with the disorder. In addition to brain chemistry, hormones, and genetics, the following risk factors for depression may include

The first in step in getting help should include scheduling an appointment with a physician. During your appointment, your physician can perform a physical exam and blood work to rule out health problems that may be contributing to the disorder. Assuming that you are otherwise healthy, they can then refer you to a psychiatrist or psychologist who can help unearth the problems that are causing you to feel depressed. The sooner you can get help, the sooner you will start to feel better. After all, long-term depression has been linked to disruptive sleeping eating and eating patterns and, worse yet, suicidal ideation.

Depression can take on many forms, and everyone experiences and handles the disorder differently. Some of the more commonly diagnosed types of depression include

This form of depression is often characterized by low-level depression that lasts for more than two years and is accompanied by feelings of hopelessness and sadness. 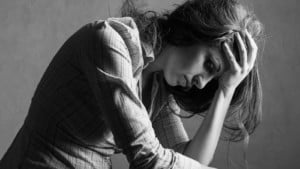 In summary, depression is a serious condition that can seriously disrupt the lives of those who have developed the disorder. Fortunately, alternative treatments like CBD oil and mushrooms for depression are providing many people with an opportunity to overcome the symptoms often associated with being in a prolonged depressive state.