Sharing 98% of our DNA, the Mountain Gorilla is a magnificent being to behold.  They have a frame upwards of 6 feet tall, carrying an average of 400 pounds in weight. Additionally, their arms can reach across to 8 feet wide.  Amazingly, they are vegetarians. They support their frame on roots, berries, tree bark, and pulp from the mountain forests in Uganda, Rwanda and the Democratic Republic of the Congo.

They reside at the height of the mountains between 8000 – 13000 feet.  It’s hard to believe that over 50 years ago, these rulers of the Ape kingdom were down to a population of only 240.  Now, between two locations, their population has grown to 1004, according to the International Union for Conservation of Nature or the IUCN Red List from surveys in 2011 and 2018.  What has created this change?  Here’s how people are saving endangered Mountain Gorillas in Rwanda.

History of the passion for saving Mountain Gorillas

The passionate drive to save the Mountain Gorillas stemmed from an occupational therapist, Dian Fossey, who became restless with her life and chose to take a trip to Africa in 1963.  This trip introduced her to Mary Leakey, a paleontologist, and her husband, an archeologist, Louis Leakey.   They were one of the most renowned husband and wife teams of their fields.  Later, Dian Fossey met Joan and Alan Root, wildlife photographers. The couple was on their mission to photograph the elusive Mountain Gorillas.

Dian Fossey did return to the states but met up again with Louis Leakey in 1966. At that time, she joined him and his wife for a long term study in the Rwanda mountain forest. The gorillas were already of endangered status.  Dian Fossey accepted the offer and lived among the gorillas in the Democratic Republic of the Congo until political infractions, and civil war forced her to go to Rwanda.

At Rwanda’s Volcanoes National Park, she created her Foundation in 1967 called the Karisoke Research Foundation.  While putting forth time there, she also split her time at Cambridge University to obtain her Ph.D. in 1976.  Due to her long-time interacting with the gorillas, she became known as the world’s leading authority on Mountain Gorillas. In particular, she became an expert in the area of their physiology and behavior.  She was the first scientist to interact with the gorillas, not just observe them.

She imitated their behavior, grooming habits, pretended to eat as they did, and developed relationships with the gorillas.  Her research and passion toward their survival also included fighting the very sources of their extinction; game wardens, zoo poachers, and government officials who wanted the land for farming.

In 1983, Dian published the book, Gorillas in the Mist.  After Dian’s brutal murder in 1985 by suspected poachers, Gorillas in the Mist became a movie released in 1988.  Sigourney Weaver was the actress who portrayed Dian Fossey in this heartwarming movie.  Sigourney Weaver went on to become an honorary chair of the Fossey Foundation for 30 years after starring in the film.

Details about the Mountain Gorilla

Mountain Gorillas, or Gorilla Beringei,  as scientists have labeled them, grow from 4 – 6 feet in height and can weigh from 300-485 pounds.  Their build is one with broad chests, muscular arms, and large hands and feet. They are strictly herbivores, devouring about 40 pounds of various plants and tree barks a day.  Most of the plants they eat contain tannin, which is how these gorillas get their black teeth.

Females generally give birth around their 10th year and carry their young for about 8 1/2 months before giving birth. They tend to have children about every 4+ years.  The babies are surprisingly small, only weighing about 4 pounds and they will nurse for the first three years of their life. They develop twice as fast as a human child.  Scientists estimate their lifespan to be about 50 years.

The Silverback Mountain Gorilla is a male gorilla with a silver streak or mark on their backs.  They tend to be the leaders of their group.  They begin to seek out their group, and a mate, at about 11 years of age.  Groups usually consist of about 30 gorillas. As the leader of the group, it is his responsibility to aid in finding the best feeding grounds and resting places and acting as the groups’ protector.

The infamous thumping of the chest, which gorillas are stereotyped to do, is a sign of power and strength.  When threatened, the usually mild-mannered gorilla will thump his chest, stand upright, possibly throw things and give out an impressive roar.  While preferring to intimidate foes in this manner, a silverback will fight to his death to protect his group.

Mountain Gorillas use facial expression, body language, and vocalization to communicate.  As Dian Fossey suspected,  staring is viewed by them as an act of hostility.   Gorillas do play as well.  The children will play tag, on the ground and through the trees and perform somersaults.

Causes of the extinction of Mountain Gorillas

Mountain Gorillas became at risk of extinction due to the political and social warfare, demand for natural resources, and an increase in the human population.

The political climate of Africa has been one of the constant and varied battles and wars both between villages and between totalitarianism regimes, rebel groups, and other countries attempting to colonize.  Often, these wars find themselves in the land which the gorillas need to live.

Despite Africa’s massive continental size, its useable resources are scarce, and it is difficult to initiate and maintain projects which could further the lives of those who live there.

The Mountain gorillas live up in areas that are rich in resources making it a highly-populated region.  With more people, come more diseases that the gorillas lack the immune system to fight off.  Additionally, the land is highly desired, making poaching and illegal animal trade of the gorillas a financial goldmine for the impoverished people trying to survive and for the rebels seeking funds to continue their fighting.

Foundations and National Parks to preserve the Mountain Gorilla

While it can be said that humans are the primary cause of the near extinction of the gorillas, tourism is how national parks are funding the ability to preserve their life.  The Mountain Gorillas reside in the Virunga Mountain ranges, which are shared within three national parks: the Volcanoes National Park located in Rwanda, Mgahinga National park in Uganda, and Virunga national park in the Democratic Republic of Congo.

It is due to this tourism that the parks can provide a wealth of methods to combat the forces placing the mountain gorilla at risk.

It takes a community to save a species

Additionally, various groups have joined in on the cause.  Scientists go out to observe the gorillas also make notes if they see any that need medical care.  They then return to the village and report to area veterinarians. Finally, they render aid to the gorillas that are diseased, ill, or injured.

The idea of using tourism to bring in money originated with Bill Weber and Amy Vedder during their life in Rwanda in the 70s and 80s.  It has been a rough process filled with trials and mistakes in attempting to find the balance of conserving the beauty and necessity of the land and protecting the gorillas while determining the number of people that could be allowed through.

In 2005, the government of Rwanda devised a method to utilize 5% of the profits from tourism toward the villages and built schools and clinics.   Relatively recently, that percentage was raised to 10%.

It took a coordinated and involved approach from all three nations and parks to work together. Besides that, it took dedication to their shared mission. This mission has led to furthering the preservation of other wildlife in the areas as well.

One woman’s passion lived on to incite national and international awareness toward the preservation of the Mountain Gorilla.  It has led to an increase in their population, and they have recently been recategorized from the “critically endangered” list to the “endangered” list by the IUCN. 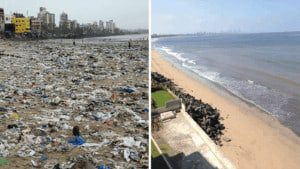 Final Thoughts on the Fight to Save the Endangered Mountain Gorillas

Here is how people are saving the Mountain Gorillas in Rwanda. Entire communities are joining forces to keep this magnificent animal from extinction.  Their protection requires group efforts, national coordination, governmental assistance, and driving personal passion toward the cause.