Food containers made of Styrofoam, or polystyrene, have been banned from Maine businesses after governor Janet Mills signed a bill last week. The law will go into effect January 1, 2021, and will make the use of Styrofoam containers used for takeout illegal since they cannot be recycled.

Maine is the first state to ban these harmful food containers; the law will also apply to plastic beverage stirrers.

States like New York and California have prohibited single-use plastic bags; however, other states like Tennessee and Florida have taken the opposite stance. These states have made it illegal for local municipalities to impose restrictions on plastic and Styrofoam. Hopefully, every state in the nation will eventually be on board with banning materials such as these that ultimately harm the environment.

Maryland has also approved bills to ban Styrofoam, but we do not yet know whether Republican Gov. Larry Hogan will sign them into law. Democratic Delegate Brooke Lierman, the primary sponsor of the Maryland House bill, said that banning foam products demonstrates a step in the right direction when it comes to getting rid of single-use plastics.

Governor Mills explained that since Styrofoam can’t be recycled, every single cup of coffee you drink in such cups does not decompose. In decades to come, the particles will simply pollute the environment even further and cause harm to wildlife and nature.
Violators of the new law could face a fine of up to $100, News Center Maine “Maine has proven itself an environmental leader once again, this time in eliminating disposable foam containers that have become a common, costly, and deadly form of plastic pollution,” said Sarah Lakeman, Sustainable Maine Director at the Natural Resources Council of Maine (NRCM), in a statement.

She added, “With the threats posed by plastic pollution becoming more apparent, costly, and even deadly to wildlife, we need to be doing everything possible to limit our use and better manage our single-use plastics — starting with eliminating the use of unnecessary forms like plastic foam.” 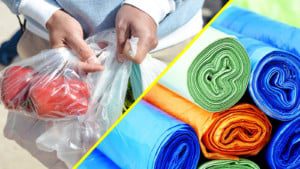 The NRCM reports that plastic foam food containers are one of the top 10 most commonly littered items in the US. In fact, Maine uses more than 256 million pieces of disposable foam cups, plates, bowls, platters, and trays every year. As you can imagine, the number of foam containers used across the U.S. annually likely numbers in the billions; it’s past time for all of us to take a stand in protecting the environment.

15 towns in Maine have already banned foam food containers prior to the law being passed.

Styrofoam serves as a major polluter of the environment; it breaks down into small pieces, making it hard to clean, according to Ashley Van Stone, executive director of Trash Free Maryland. Foam also absorbs toxins faster than other plastics. Additionally, marine life often mistake it for food, she added. This means that, when we consume fish and other marine life, we will absorb some of those toxins as well.

So, polluting our Earth with plastic and its byproducts affects everything on a cellular level. Clearly, Maine’s decision to ban Styrofoam is a monumental step in the right direction.

You probably use emojis every day to communicate with friends and family. Most people only think of them as cute way...

Indigenous People in Washington State Heal by Reconnecting with Nature

A ‘healing forest’ in Washington planted by indigenous incarcerated people helps to revive more than just the land. ...