Wind energy is now leading the way in Texas, according to a new report. The data showed that wind has generated 22% of Texas’ electrical needs this year. Over the past few decades, there has been a huge increase in wind power in Texas, showing that clean energy concerns are a top priority in the state.

Just 35 years ago, wind energy hardly even existed on the U.S. electric grid. However, today there is an estimated 75 gigawatts of wind capacity in the U.S. During the past seven years, wind power has tripled from 25 GW to 75 GW, which equates to providing a little more than 5% of consumed energy.

Coal provides 21% of Texas’ energy needs, according to the Electrical Reliability Council of Texas, which manages electricity on approximately 90% of Texas’ electric grid. Though wind barely surpassed coal, this is still a big sign that things are headed in the right direction. Maybe with Texas’ example, other states will follow and we can collectively lower greenhouse gas emissions.

In 2003, wind accounted for 0.8% of the state’s power, and coal fueled 40% of electrical needs, according to data from the council.

Seven years later, wind made up 8% of the state’s energy, and it climbed to a whopping 19% last year.

Even though clean energy use is on the rise, Texas still uses more natural gas than any other energy source. Last year, natural gas accounted for 44% of the energy mix.

Texas has the second-largest population of any state, but it consumes more energy than any other state. Texas uses double the energy of Florida, the state next in line for energy use, according to the US Energy Information Administration.

Texas generated a quarter of all wind energy in America in 2017, and it leads the nation in producing wind power.

Nationally, wind makes up 6.6% of American energy production, according to the Energy Information Administration..

In January, the agency stated that wind and solar power will be the fastest-growing sources of power for at least the next two years. This is exciting news for the entire country, and maybe a sign that companies are starting to pay attention to climate change.

In fact, New Jersey’s biggest and oldest coal company, PSEG, stated that it wants to be carbon-free by 2050.

However, not all coal companies are making it in changing times. The fourth major coal company since last October filed for bankruptcy in July of this year, which cost 2,000 people their jobs. However, with solar and wind companies popping up as demand increases, people will have other opportunities for employment. 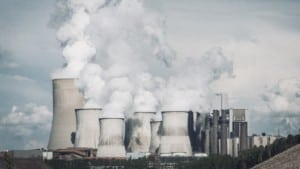 In another part of the world, a whole country is running off wind energy. Between January and June 2019, winds in Scotland generated enough electricity to power the number of homes in the country twice over. 4.47 million homes could be powered by the wind for six months, which is double the amount of households in Scotland!

“Up and down the country, we are all benefiting from cleaner energy and so is the climate,” Robin Parker, climate and energy policy manager at WWF Scotland, said in a statement.

“These figures show harnessing Scotland’s plentiful onshore wind potential can provide clean, green electricity for millions of homes across not only Scotland, but England as well,” he added.

By 2030, the Scottish government says it wants renewables to make up half the country’s energy consumption. By 2050, it wants to be almost completely carbon-free.

Europe is very much a leader when it comes to wind energy production. In September 2018, Europe officially opened the Walney Extension Offshore Wind Farm in the Irish Sea. Capable of producing 659 MW, it’s currently the world’s most expansive operational offshore wind farm and can bring power to almost 600,000 homes in the U.K., according to Danish energy business Orsted.