Do you struggle to get into a flow state and stay focused on one task at a time?

Most people live in a state of constant distractibility, their attention adrift. We’ve accepted this way of being as “normal” – a byproduct of the human brain.

There’s no doubt that the reptilian part of the brain – the brain stem, amygdala, and so forth produces most of the fight-or-flight responses and that these may interrupt attention. The epigenetic toll of living among wild beasts and aggressive neighbors did little to help.

While some automaticity of the brain and mind is indeed innate (“programmed,” if you will), we can train ourselves to become much less susceptible to its pull. The problem? Most people don’t know this fact. As a result, their life’s experience consists mainly of being on ‘autopilot’ – driven by impulse and whim.

Something even scarier: most people were on ‘autopilot’ before all of these distractions, gizmos, and gadgets became so ubiquitous. 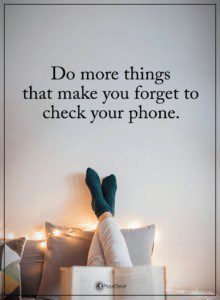 William James, often referred to as the “Father of Modern Psychology,” was the first to write of attention in his masterwork, “The Principles of Psychology,” published in 1890.

Unsurprisingly, Mr. James had little good to say about the state of most people’s attentional faculties:

“[Humans] all know of this state (distraction) … even in its extreme degree. Most people fall several times a day into a fit of something like this: The eyes are fixed on a vacancy, the sounds of the world melt into confused unity, the attention is dispersed…”

In other words, blank stares, inability to listen, and scattered thoughts. Sound familiar?

Little has changed in 130 years. Fast-forward to present-day, and our attention is as “dispersed” as ever. Sit at a café and see how many people are staring blankly at their smartphone.  Go to a restaurant and see how many children fail to get the notice of their parents.

It shouldn’t needn’t be this way. You can sharpen your attentional faculties – and become as “laser-focused” as you want to. So says the latest scientific research.

Excited? You should be! Mr. James would be thrilled, remarking in his book that education in attention would be “an education par excellence.”

Now, if dispersed attention is one end of the mental state spectrum, then ‘flow’ – a term coined by famed psychologist Mihaly Csikszentmihalyi – is its polar opposite.

We’re going to talk about the flow state – and how you can get into it in as little as a couple of minutes. We’ll use the latest and greatest in scientific research and a favorite brain hack to help get us there.

Let’s briefly discuss why attention is so crucial to our happiness.

“For the moment, what we attend to is reality.” ~ William James

Read the above quote a couple of more times, slowly.

Did you read it? Good. Try memorizing it – because it’s that important to your life.

James’ words aren’t mere platitudes or useless hyperbole. In just nine words, the father of modern psychology explains why attention is of critical importance. The people, places, things, emotions, mental activity – anything and everything – to which we attend shapes our reality. And the quality of our existence – how happy we are – depends a lot on how we direct and sustain our attention.

Buddhists and Hindu yogis have known the essentiality of attention for thousands of years. In fact, many would argue, cutting-edge attentional training isn’t to be found in tech or brain hacks, but in meditation practice.

So, why not just learn meditation? Well, you can (and should, coming from a meditation junkie…the benefits are enormous!) However, unlike the recommendations provided below, meditation takes a while to get down.

What we’re looking for is a more “Westernized” approach to honing the attention. Something fast, efficient, and accessible.

But what would fit such a bill?

The Science of Binaural Beats

Binaural beats work by exposing both ears to slightly different frequencies. The difference between these frequencies enters the brain as a pulse. For example, if the rhythm you hear in your left ear is 140 Hertz (Hz), while in the right ear, it’s 100 Hz, your brain will perceive a 40 Hz pulsation.

Your conscious mind won’t detect the difference, but your brain certainly will, and, as a result of the beat exposure, will “shift” how it is operating. How it shifts depends, among other things, on the beat’s frequency. 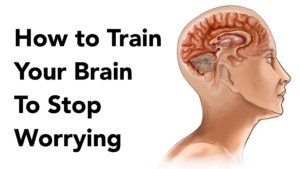 Here’s a list of frequencies and their known cognitive correlations:

It must be reiterated at this point that properly produced binaural beats are scientifically sound (see this 2019 metanalysis, published in the journal Psychological Research for one of the latest examples.). Even the most skeptical studies document that binaural beats produce advertised brainwave frequencies.

(Sidenote on scientific criticism of binaural beats: The rub lies with mainstream science’s rejection of subjective “feeling states,” claiming that these are neither reproducible nor observable. Binaural beats are just one of the punching bags of materialistic scientists, joining such practices as meditation and mindfulness. Apparently, it doesn’t matter to some scientists that millions of people attest to the difference that these practices have made in their personal or professional lives. Oh, and the thousands upon thousands of scientifically rigorous studies that have been done on meditation and mindfulness.)

“In positive psychology, a flow state … is the mental state in which a person performing an activity is fully immersed in a feeling of energized focus, full involvement, and enjoyment in the process or activity.”  ~ Wikipedia (Source)

A word about the task of choice. You can’t enter a flow state if the difficulty of the work exceeds your ability to perform it. You must choose an activity where there’s a balance between both variables. The task should be challenging enough to demand your full attention to the point that it pushes your capabilities but doesn’t exceed them. Easy jobs aren’t going to get you in a state of flow, either.

It’s also much easier to enter a state of flow if the task is, at worst, one that evokes neutral feelings. It’s much more challenging to enter a flow state if you hate the job. (Binaural beats will probably help you stomach the job, however!)

Here are the components for the flow experience for your reference:

Okay, so you’ve found the task to be completed. You’ve got your (stereo!) headphones and are eager to get in the flow. What now?

Now you’ve got to choose the right beat. Remember, binaural beats produce a pulsation in the brain of a specific frequency. We’ve got a beat that falls somewhere along the wavelength frequency experienced in the state of flow.

The Brain Waves of a Flow State

Research shows that flow states produce brainwaves between 12.5 and 15 Hz, also known as Sensorimotor Rhythms (SMR). SMR is associated with numerous beneficial conditions of mind and body, including: