Most physicians, nutritionists, and dieticians agree that a poor diet can significantly impact an individual’s physical and mental health. This consensus is one that has been echoed by the Centers for Disease Control and Prevention (CDC), which linked poor eating habits with an increased risk of developing sleep disorders and the following chronic health problems:

Consuming foods high in sodium can cause hypertension and high cholesterol, both of which can cause cardiovascular disease and increase the risk of suffering a heart attack or stroke. Of course, it is worth noting that the body does require some sodium to function properly.

Studies show that small amounts of sodium can help maintain optimal fluid levels in the body. These are necessary for healthy nerve and muscle function. However, for good heart and overall health, it is best to limit your sodium intake to less than 2,300 mg per day, according to data published by the Food and Drug Administration (FDA). And doing so is not too complicated. It comes down to limiting your consumption of some of the following foods:

There are many more foods that you should avoid to keep your sodium intake low. However, these are a few that can lead to you quickly exceeding the 2,300 mg per day limit recommended by the FDA. And as a result, they can increase your risk of developing hypertension, high cholesterol, and cardiovascular disease. 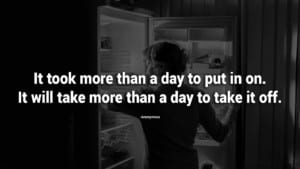 Not surprisingly, poor food choices can give way to weight gain. For many people, unhealthy foods lead to obesity.

To help put this into perspective, we need only take a look at a study published by the World Health Organization (WHO). The study noted that an estimated 2 billion American adults were considered overweight in 2016. Of those, they deemed 650 million as obese.

Along with placing a tremendous amount of strain on your joints, being overweight or obese can eventually lead to chronic health problems.

Some of the more common health problems that stem from being overweight or obese include the following:

Science Reveals a Link Between Sleep and Your Diet

Along with the physical health problems already noted so far, there are credible and science-backed studies that show poor food choices adversely affects one’s mental and emotional health.

One such study was published by Harvard Health Publishing, the publishing arm of Harvard Medical School located in Boston, MA. Researchers and scientists involved in the study noted that 95 percent of serotonin, a monoamine neurotransmitter that impacts everything from emotions to motor skills, is produced in the gastrointestinal tract.

And the foods that we consume, which eventually move into the gastrointestinal tract as part of the digestive process, can play a critical role when it comes to serotonin production. In many cases, individuals with a serotonin deficiency do not consume enough foods rich in L-tryptophan, vitamin B-6, vitamin D, and omega-3 fatty acids. However, each of these is necessary for the gastrointestinal tract to produce serotonin.

According to the same study published by Harvard Health Publishing, it is not uncommon for individuals with a serotonin deficiency to experience the following symptoms:

It is worth pointing out that, along with these symptoms, low serotonin levels can also contribute to insomnia. 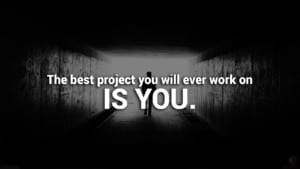 So we know. There is a definite link between sleep and your diet when it comes to physical health problems. Now let’s take a moment to go over how poor food choices can affect the brain.

Much like too much sodium can cause hypertension, high cholesterol, and cardiovascular disease, consuming excessive amounts of refined sugar can affect brain health. According to information available on helpguide.org, a nonprofit mental health and wellness website, some of the foods high in refined sugars include bread, pasta sauces, candies, and most frozen dinners.

Refined sugars are also in soda, with the average 12-ounce can containing upwards of 41 grams, according to the U.S. Department of Agriculture. Along with contributing to weight gain and increasing the likelihood of developing type 2 diabetes, consuming foods and beverages high in sugar not only alters brain function but also worsens existing mood disorders, such as anxiety and depression, for example.

To minimize the risk of physical and mental health problems that can lead to insomnia and other sleep disturbances, it would be a good idea to limit your daily intake of foods and beverages high in refined sugars.

According to the American Heart Association, men should limit their sugar intake to no more than 150 calories per day. Women, on the other hand, should consume no more than 100 calories of sugar each day.

How Trans Fats Affect Respiratory Health (and interfere with sleep)

Respiratory problems can easily keep many individuals from getting enough quality, restorative sleep each night. One such respiratory problem is asthma, which affects the lives of 1 in 13 people in America, according to the Asthma and Allergy Foundation of America.

For many people, the wheezing and shortness of breath of this respiratory condition worsen when lying down. As a result, those who struggle with asthma often have a difficult time getting enough sleep.