Sodium (salt) is a necessary mineral for the human body to ingest. It effectively supplies electrolytes and maintains the fluid levels within our cells. It is also essential to the healthy transmission of nerve impulses within the body. Further, sodium plays a key role in the digestion of food.

The problem is that most of us simply eat too much. The Recommended Daily Intake (RDI) of sodium varies from one source to the next, but falls between the ranges of about 1,500 to 2,400 milligrams (mg) – about 3 to 5 grams of table salt. For example, Canada’s governmental health agencies recommend a maximum of 1,600 mg, while the United States government recommends a maximum of 2,300 mg.

Here is the breakdown of the U.S. governmental health agencies and their recommended intake:

The interesting statistic is the recommended amount from the American Heart Association (AHA). Why’s that? Because excessive sodium intake directly results in a greater chance of heart disease, heart attack and other heart-related problems. Here’s what WebMD has to say:

People with heart failure may improve their symptoms by reducing the amount of salt (sodium) in their diet. Eating too much salt causes the body to retain too much water, worsening the fluid build-up associated with heart failure.

The majority of our sodium intake comes in the form of processed foods. For those that need a refresher, a processed food is one that has undergone a transformation from the raw form either to extend shelf-life – such as the freezing or dehydration of fruits and vegetables – or to improve consumer’s palatability of (taste for) raw commodities – such as transforming grain and animal products into bakery and meat products.

Americans’ average intake of sodium is around 3,400 mg – most of it coming from these same processed foods.

For comparative purposes, let’s look at the sodium content of fresh, raw food versus the processed variety.

For those that eat meat, processed meats contain roughly 400% more sodium than the natural product. Much of this is due to the curing, smoking, drying, canning and salting done to the original product. Processed meats have been directly linked to cancer by the World Health Organization. 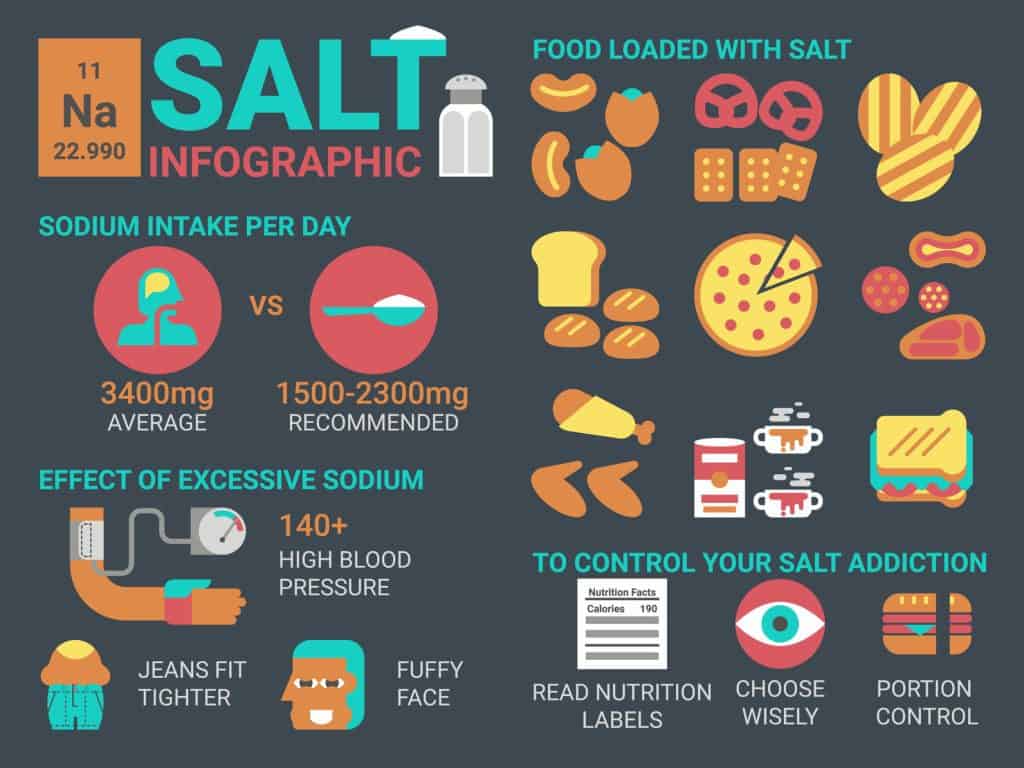 Let’s take a look at some examples of raw, natural vegetables and their associated sodium content.

Now, let’s look at the processed variety and its sodium content. (Please note: some serving sizes had to be approximated for comparative purposes.)