Are you or your loved one suffering from unhappiness and despair? Many suffer in silence because they don’t truly understand what depression is and how it makes you feel. What you may think is a case of the blues may be a common medical problem that is faced by millions of people each year.

While going to the doctor and taking a prescribed medication is the most powerful way to combat a depressive state, you can also cure it naturally.

What is the constant feeling of angst that comes with a depressive mood? Well, it’s a health condition that affects both your physical and mental wellbeing. It’s more than just feeling blue. It’s a sudden loss in things that you once enjoyed, isolation, and being unable to shake the sad feelings that are ruling your life.

Quite simply, being in a depressive state changes the way you think, feel and operate. It’s a serious condition that cannot be ignored. There are various degrees of severity that can extend from slight to suicidal.[1]

While you may know the most common signs, here are fifteen depression symptoms that you may not realize you have:

1. Changes in Your Eating Habits

Most people have natural fluctuations in their eating habits. However, when you are eating too much or not enough, and a low time in your life follows it, it can be related to a depressive disorder. Many people will turn to food as a comfort when they are experiencing sad times.

In fact, it has become quite acceptable in society to eat emotionally. Others may be unable to eat because their stomach hurts and they lose their appetite. Mental health concerns can directly affect your palate, and an increase or decrease in weight should be observed.

One common depressive symptom in isolation. Closing the world off and wanting to be alone is an alarming sign. Many people will lock themselves in their bedroom or another area of the house to avoid interaction with others. To isolate means to separate from friends and family.

This is a very common symptom that is associated with children. Wanting to lock yourself away and keeping everyone at arm’s length distance is a sign of trouble. It can be things like not answering the phone text, emails, or not updating social media, especially if they once made it a priority.

Few people realize that their bowels can be directly affected by their mental health. People who are experiencing depressive problems often have diarrhea. While it’s not a pleasant symptom to talk about, it certainly one that is common. Have you ever heard the term that someone has a nervous stomach?

When your nerves are off-kilter, it can directly impact the need to go to the restroom more frequently. It can be caused by an increase in food if this is an issue. Consequently, anxiety-based diarrhea can occur all alone. In some cases, it gets so bad that people cannot leave their home.

When the chemicals in your brain are not at sufficient levels, it can cause all sorts of emotional disturbances. One of the easiest emotions to show is anger. A person suffering from depression may be subject to anger outbursts.

They may do and say things that they usually wouldn’t. An excellent way to describe this person is they are easily irritated, and you must walk on eggshells around. They may have inner angst that cannot be calmed so they erupt on the outside.

Tension and stress often come right along with depressive issues. If you have noticed an increase in headaches, then it may be because of a mental disturbance. Now, keep in mind all headaches are not from chemical imbalances. However, many do come from this origin.

Have you ever heard someone say they have a stress headache? The body doesn’t know what to do with all that angst that it feels, so it converts the stress into a physical symptom. Your muscles tighten, and this increased pressure can cause your head to throb.

A psychogenic itch can occur with any mental health disorder. It’s the constant need to pick at the skin. Some may feel spiders and other bugs crawling on them when there is nothing there. It has an anxiety base but can be directly linked to hypersensitivity during a depressive spell.

According to Current Psychiatry’s Shailesh Jain, it’s usually activated by emotional triggers.[2] There is a multi-factorial attribution behind this condition that cannot be denied.

Heart palpitations can be described in various ways. Everyone has a different feeling with these occurrences. Some say their heart is speeding up and racing at uncontrollable levels. Others feel that their heart is doing flip-flops inside their chest.

There are technical names for these palpitations, which is premature ventricular contractions. They are mainly when the heart does an extra beat. While they can be linked to a heart problem, they can also be caused by stress. Ever heard the term stress kills or that a heart attack was brought on by tension? Your heart can feel the angst of a depressive low and it reacts.

Flushing is caused by hormones excreted during times of stress. Have you ever seen someone’s face turn beet red because they were embarrassed? Some are more prone to this problem than others.

Flushing and blushing are close but caused by different things. A simple blush doesn’t mean a hormonal overload. Flushing can occur with many medical issues, like Lupus, some of which include mental health. It happens at random times and without any cause. It’s just the body’s way of saying it’s on overload.

One thing that inner angst does is zaps any energy that you may have. You may find yourself sleeping a lot more than you did before. You may also feel exhausted for no good reason. You need to make sure that it’s not from anemia or things like an iron deficiency.

Your routine may not have changed, and you may be doing the same thing day in and day out, yet you will feel so tired you cannot function. If you are sleeping more and cannot find the energy to do simple tasks like cleaning your house, then you may need to get help from a professional.

When the body is throwing around extra hormones and cortisol, it is considered hypersensitive. Do you notice that noises bother you more so than they did before? Some people cannot handle music, loud chewing, or kids playing in the house.

The very commotion seems piercing and sends them into a tailspin. Going to a concert or a venue with many people talking at once can be extreme torture when your senses are working overtime.[3]

There are 101 causes for rashes, yet anxiety can make the underlying condition worse or cause a whole new problem. Issues like psoriasis, rosacea, and eczema, seem to be heightened by hopelessness and unease. Hives or shingles are one of the biggest skin disturbances caused by a mental imbalance.

Again, the body displays outward signs of an inward struggle. Think of your insides as a boiling pot of water on the stove. If it’s boiling inside, eventually it will spill over to the outside if you don’t turn down the fire. You must balance the chemicals in your brain to keep everything flowing in harmony.

We’ve spoken several times about the body taking turmoil and turning that angst into outward symptoms. However, this can be related to conversion disorder, which belongs to somatoform conditions.

It’s not uncommon to see these circumstances with despair. Seizures are often thought to be epileptic in nature. Consequently, a seizure can be pseudo too, which is not real. Constant angst makes changes in the brain that are often troublesome.

While this is not as common as a headache or vomiting from stress and depression symptoms, it does happen. The mind can short-circuit and cause seizures. They appear to be like the petit or grand mal varieties, but they are not caused by an electrical disturbance in the brain. Rather, they come from the brain shutting down because it cannot take the overload it’s feeling.

Do you feel like your brain is in a fog? Do you forget things that you should be able to remember? Memory loss can come along with extended periods of inner turmoil. 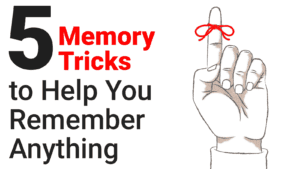 The mind is just like any other part of your body that can get tired and run down. The lack of essential chemicals also doesn’t help matters much. If you feel like you are slipping and losing track of the daily grind, it may be caused by a depressive state.

The fight or flight mode is a state that the body goes into when it feels distressed. Having too much adrenaline pumping through your veins can cause all sorts of sensations.

One of the most commonly notated is sweating. Ever heard of the term hypochondriasis? Increased sweating can be caused by medications, hormones or being in a depressive state. This uncomfortable feeling can be accompanied by hot flashes or flushing too.