Major Depressive Disorder (MDD) is a very common psychiatric disease, and one of the leading causes of disability in the world. According to the National Institute of Mental Health (NIMH), 16 million U.S. adults had a least one major depressive episode in 2012 – or about 7 percent of the population.

Between 20 to 25 percent of adults may suffer at least one episode of major depression at some point during their lifetime. Children, teens, and older adults also suffer from MDD.

Per WebMD, Major Depression (or Clinical Depression) is “marked by a depressed mood most of the day, sometimes particularly in the morning, and a loss of interest in normal activities and relationships – symptoms that are present every day for at least 2 weeks.”

According to the DSM-5, the manual used to diagnose mental health disorders, additional symptoms of MDD include:

– Fatigue or loss of energy almost every day

– Feelings of worthlessness or guilt almost every day

– Markedly diminished interest or pleasure in almost all activities nearly every day (called anhedonia, this symptom can be indicated by reports from significant others)

– Restlessness or feeling slowed down

– Recurring thoughts of death or suicide

Learning from Prior Depression Research

Despite considerable efforts to “peel back” depression’s multiple layers, including the cause(s) of MDD, scientists understanding of depression remains somewhat limited. Small sample sizes, numerous sub-categories of depression, varying treatment methods, and nuanced collection and interpretation of data have made uniformly-accepted conclusions difficult.

To overcome the limitations of past scientific research, scientists – in a study published in the journal Molecular Psychiatry – used a meta-analysis, combining data from 15 different studies.

The main limitations cited prior were accounted for, and the study’s researchers believe that their findings represent the most accurate findings thus far as they pertain to the neurobiological causes and effects of depression.

“To address the limited statistical power of prior studies and overcome some of the issues of the (meta-analyses) … from single studies, we (used) the Enhancing Neuro Imaging Genetics through Meta-Analysis (ENIGMA) consortium.”

In everyday terms, the researchers used a very reliable source for analysis. ENIGMA is an international effort – a collaboration between six different countries.

The team used a total of 8,927 magnetic resonance imaging (MRI) brain scans. 7,199 MRIs were from healthy individuals, and 1,728 images were MDD-diagnosed patients.

Depression and the Brain 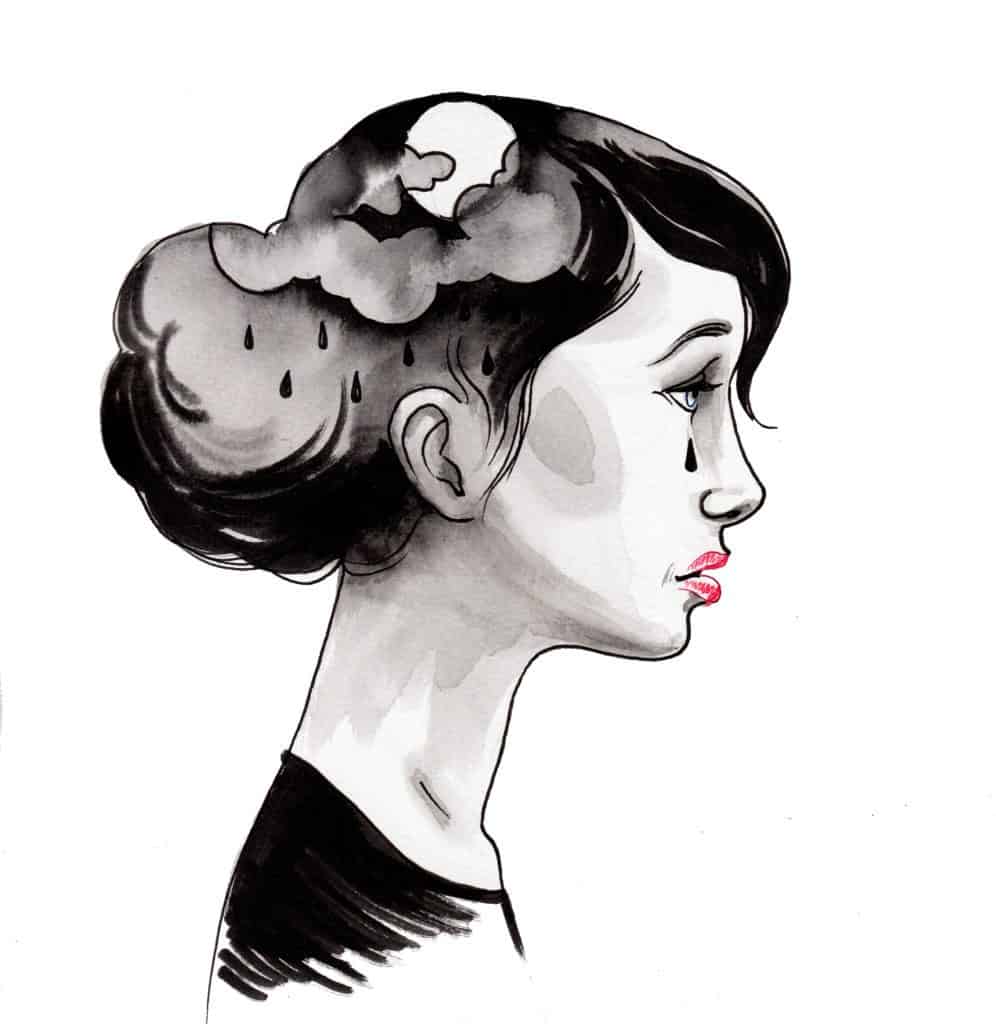 For the sake of brevity (not turning this article into a research paper of it’s own), we’re going to highlight and describe some the study’s most significant findings.

(Lucky for you guys. This writer’s eyes glossed over trying to sift through the research article.)

The main findings are as follows:

– The hippocampus is a part of the brain’s limbic system. The region plays critical roles in consolidating information from short-term to long-term memory. It also processes spatial memory that enables navigation.

– The hippocampus of MDD patients was approximately 11.2 percent smaller than in non-MDD brains.

2. MDD patients had a smaller amygdala, too.

– The amygdala is an almond-shaped set of neurons deep in the brain’s medial temporal lobe. It plays a key role in the processing of emotions.

– The amygdala of MDD patients was approximately 4 percent smaller than non-MDD brains.

3. MDD patients showed an enlargement of the lateral ventricles.

– The ventricles of the brain are a communicating network of cavities filled with cerebrospinal fluid (CSF). Enlargement of the lateral ventricles is tied to a loss of brain volume.

– Brain scans showed a difference of about 3 percent in the size of lateral ventricles between the two groups.

4. Shrinkage was more pronounced in MDD patients whose symptoms originated before age 21.

5. Early diagnosis of MDD may mitigate some of the brain-altering effects.

– “This study puts the emphasis (on) early identification of the more severe persistent or recurrent cases … because they’re the ones who will be most harmed from a brain point of view.”

Although the main points derived from this article may appear depressing, there’s some light at the end of the tunnel.

First, understanding the effects of depression creates an opportunity for more targeted treatment. Paul Fitzgerald, Professor of Psychiatry at Monash University: “Having a better understanding of the regional volume differences will provide greater capacity to draw conclusions.”

Second, depression’s effects on the brain are reversible with the appropriate treatment. Recently, scientists from Harvard Medical School and McLean Hospital discovered that “non-pharmaceutical” treatments, including cognitive exercises, improved the memory, executive functioning, and processing speed of depressive patients.