The average diet lacks the essential nutrients, especially iron. Most prominent public health agencies, (e.g. the World Health Organization, or “WHO”) cite higher rates of iron deficiency than any other vitamin, mineral, or nutrient.

“Iron deficiency is one of the most common nutrient deficiencies in the world, affecting more than 25% of people worldwide. This number rises to 47% in preschool children.” – Adda Bjarnadottir, MS

In this article, we are going to talk about iron deficiency. We will also discuss symptoms, prevention, and treatment.

The Functions of Iron

Iron is an essential mineral. Essential nutrients include “the building blocks of carbohydrates, lipids, proteins, certain vitamins and minerals, and water.” Additionally, iron must be obtained through dietary sources.

Iron is critical to producing hemoglobin, a substance in red blood cells that transports oxygen throughout the body and muscle cells. Recent studies show that iron deficiency anemia may cause neuro-cognitive problems in adults. A small amount of the body’s store of iron (about 6%) aids in the synthesis of both collagen and neurotransmitters.

Populations at Risk of Iron Deficiency

“The prevalence of iron deficiency anemia is 2 percent in adult men, 9 to 12 percent in white women, and nearly 20 percent in black and (Latino) women.” – American Family Physician (source)

As with most medical conditions, specific demographics are more at risk of developing iron deficiency. Among the at-risk populations include:

Children and infants: Children require a steady intake of iron especially during periods of “growth spurts.” Infants who are deficient in iron usually don’t get enough of this vital nutrient from breast milk or formula.

Vegans and Vegetarians: Some research demonstrates that people who don’t eat meat are at a higher risk of iron deficiency.

Other risk factors of iron deficiency include obesity and age. Concerning the former, researchers aren’t sure as to the biological cause. Certainly, high inflammation levels and reduced absorption of iron into the small intestine play a role.

Non-anemic iron deficiency (’NAID’) is a medical term applied when the patient exhibits the symptoms of anemia, yet their hemoglobin count tests in the normal range. As one may imagine, diagnosing this condition is difficult.

Per a research study published in the journal Clinical Case Reports, low levels of the iron-storing protein, ferritin, is a good indication that the person is suffering from NAID; this is particularly true if the individual has a medical history of conditions defined by blood loss.

Research shows that NAID is up to three times more common than iron deficiency anemia. The condition is more widespread in underdeveloped countries. We will discuss the things that interrupt the absorption of iron shortly.

Besides iron deficiency, anemia can be caused by low levels of vitamin B-12 and folate. Experts call such a condition macrocytic anemia, or “vitamin deficiency anemia.” Conditions that may cause macrocytic anemia include hypothyroidism, liver disease, or metabolic disorders. Medications that suppress the immune system may also be a catalyst for anemia.

As a reminder, the two key symptoms of non-anemic iron deficiency are pallor (a sickly, pale appearance) and fatigue. Following are four additional signs of a possible iron deficiency to never ignore:

Low levels of hemoglobin restrict the transport of oxygen to the brain. When deprived of even a relatively small amount of oxygen, the blood vessels constrict, causing intra-cranial pressure and sometimes headaches. Frequent headaches accompanied by dizzy spells could point to a possible shortage of iron.

Abnormal heartbeat, or heart palpitations, may indicate an iron deficiency. As levels of hemoglobin drop, the cardiovascular system is forced to work harder to distribute oxygen throughout the body. Some medical experts think that this extra work may cause heart palpitations.

The cells and tissues of our body need oxygen to produce energy. Oxygen-produced cellular energy is necessary for the proper functioning of every part of our body. Additionally, as mentioned above, other organs and systems of the body remain on overdrive to help deliver life-giving oxygen. Because these organs and systems grow stressed, this heavy workload taxes our energy reserves.

Low hemoglobin stores will mean less oxygen for the respiratory and cardiovascular system. While depriving our heart and lungs, low oxygen levels also affect our muscles. If you have difficulty performing normal, easy daily activities (e.g., walking, climbing stairs, standing up, etc.) it could be because the muscles are not receiving enough oxygen. Furthermore, our body detects oxygen lack and makes up for it by increasing respiration, which may manifest as shortness of breath.

Prevention and Treatment of Iron Deficiency

Prevention measures for iron deficiency include:

Treatment of iron deficiency depends on the type, cause, and severity. As a result, traditional treatment options include:

Iron is an essential mineral, meaning that our body cannot produce it on its own. First, the healthiest way to acquire iron is through diet. Natural, minimally-processed, and organic foods are best. The various foods dense in iron include:

The recommended daily intake of iron is as follows: 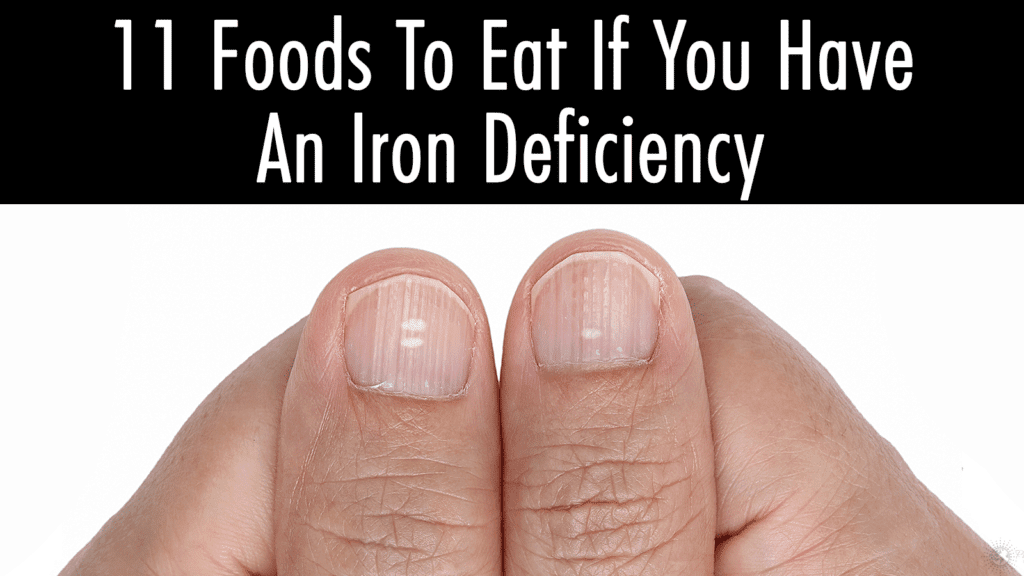 The balanced intake of all nutrients is vital for every bodily function, including those of the heart and brain. To close out this article, we’ll quickly discuss the most important nutrients as they related to human health, along with the recommended daily allowance (RDA) of each.