Did you know that many elderly citizens are at risk for depressive disorders? This is often called late-life depression, which is the onset of major depression in an individual aged 50 and above. It can refer to a sudden or first-time occurrence of a depressive episode or recurrence of an episode in someone who has had depression in their lifetime.

Sadly, it’s common for the elder to dismiss their own experiences of depression, focusing on its symptoms as problems and believing that their lack of positive thinking is normal. This is a harmful direction of thought, as depression can worsen the risk of physical diseases or lower recovery chances.

If there are seniors in your life that you are concerned about, it’s a good idea to keep an eye on them for any signs of depressive episodes. So here are 3 ways to recognize depression in senior citizens and how to help them.

It’s never a good sign when habits begin to fall apart. Many senior citizens stick to a routine for everyday life, and doing so can actually be very good for them. Therefore, if you notice a senior citizen changing their daily schedule suddenly or unexpectedly, pay close attention. 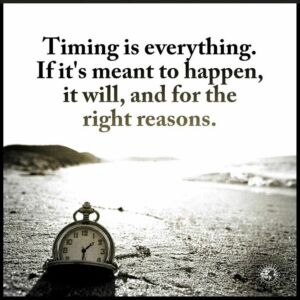 The Diagnostic and Statistical Manual of Mental Disorders: Fifth Edition (DSM-5) lists specific present symptoms and must exist for a diagnosis of depression. A fair number of them involve the disruption of everyday habits, especially ones that once had a positive effect. So here are some ideas for changes to keep an eye out for:

Depression and other mood problems can very easily affect one’s ability to sleep. A depressed senior citizen may sleep more than usual, less than usual, or even fail to fall asleep at all.

It’s not uncommon for dietary habits to shift when depression comes into play. This usually happens with some form of weight change but may occur without it. An individual who is depressed might eat less than usual, more than usual, or even refuse to eat all together.

If someone once cared about their appearance or hygiene has suddenly stopped caring, it might be a sign of depression. For example, if a senior citizen stops dressing up like usual, gives up on putting on makeup, stops bathing, or stops keeping their environment tidy, it’s a cause for concern.

Depression can affect someone’s energy levels in pretty obvious ways. Most commonly, it causes decreased energy or reduced activity, typically accompanied by significant fatigue. However, it is also possible for someone who is depressed to experience increased energy levels and suddenly become very active.

This widespread symptom of depression is one you should never ignore. A senior citizen who stops participating in their usual hobbies and doesn’t do anything for days on end may experience depression.

Many people naturally associate a decline in cognitive ability with age, which is not really an incorrect association. But cognitive changes can also be a sign of depression. On their own, they are likely a natural part of aging, but if occurring in tandem with other mood disorder symptoms, it is likely pointing to a depressive problem instead.

According, in part, to the DSM-5, here are some things to look out for:

A sudden decline in a senior citizen’s memory or ability to focus on tasks is always a cause for concern. Even if the problem isn’t depression, this change should be brought to a doctor’s attention.

Psychomotor retardation refers to the slowing down of motor function and the worsening of speed, strength, coordination, and other similar characteristics. A sudden decline in a senior citizen’s psychomotor ability is always a cause for concern. Even if the problem isn’t depression, this change should be brought to a doctor’s attention. It’s also worth noting that psychomotor skills and an increase in speed can be a symptom of depression too!

A shorter temper, especially when the change is sudden, is often a change in how the brain handles, processes, and regulates emotion. A sudden change in a senior citizen’s temper is always a cause for concern. Even if the problem isn’t depression, this change should be brought to a doctor’s attention.

Medical conditions can be both a cause for and a symptom of depression. It’s a little complicated, but a sudden onset of a serious disease could make an elderly individual more susceptible to depression. It could also be a hint that they’re suffering from:

According to Harvard Health, 17% of individuals with Alzheimer’s also develop major depression. In other kinds of dementia, that statistic only increases. These symptoms of depression can occur before or after the development of dementia, meaning it can be both cause and symptom all in one. Plus, when major depression and severe cognitive impairment occur simultaneously, it’s not uncommon for a misdiagnosis of dementia to be given. It can be complicated to distinguish dementia in its early stages from depression, making it tough to diagnose depression when cognitive problems are involved correctly.

Did you know that a significant number of people who have a heart attack are already depressed before the incident, and an almost equal number of those who experience a stroke develop depression after that? Depression also increases the mortality rate from heart disease! This can be best explained by the vascular depression hypothesis, which research has supported. According to this hypothesis, brain communication pathways can be disrupted by blood vessel pathology.

In uncommon cases, depression in the elderly can lead to incidents and experiences of psychosis. This refers to developing delusions of all kinds, ranging from emotions of guilt to fears of persecution and other similar experiences. An elderly individual who develops psychosis should be checked for depression as a precaution to ensure the most positive outcome.

How To Help Senior Citizens With Depression

1.    Encourage Them To Engage In Social Activities

It’s true that many people just don’t feel like interacting with others when they’re depressed. However, pushing oneself to participate in some social activities can actually boost positive thinking and help relieve depressive symptoms.

Loneliness has many negative effects, even on people who don’t necessarily think that they feel lonely. It can result in mood drops, reduce the release of feel-good neurotransmitters, and even present a risk of earlier death or disease development.

Some examples of social activities you can help a senior citizen engage in are:

Activities that engage the mental faculties or motor abilities can help reduce depression symptoms in the elderly. It keeps their minds sharp and fresh while ensuring that they don’t get bored. Providing several different options allows them to choose which ones pique their interest until they find what works best for them.

Performing hobbies and other activities can give the elderly who have retired a sense of purpose. That sense of purpose can help them a lot in helping them stay positive and healthy. Here are some ideas for activity options:

Diet and depression are linked in many ways, with healthy diets being linked to better mood and positive thinking. The fact that diet can also reduce or increase the risk of multiple diseases, especially later in life. Plus, it is an additional reason to provide healthy meal options for the elderly.

Here are some examples of healthy nutrients that may help with depressive symptoms:

Here are some foods to avoid to help manage symptoms and signs of depression:

Many senior citizens struggle with sleep disorders or problems. Those who don’t may still suffer from uneven sleep schedules and other problems due to the lack of daily routine they may have.

Sleep problems are a prevalent contributor to depression and can cause fatigue and exhaustion for prolonged periods of time that only worsen matters. So here are some requirements for helping senior citizens with sleep issues:

At the end of the day, depression is a serious mental condition that benefits from medical professionals’ treatment. Getting an elderly individual professional help might be met with some resistance. But it’s often better for them in the long run.

Some possible aid that a senior citizen may benefit from, whether performed on their own or with multiple treatments, are as follows:

This refers to the treatment of depression with medications. They’re usually used for more acute depressive episodes and are the common first treatment choice for people of adult age, as they are usually complication-free and effective. A minimum treatment period of six weeks is usually needed for the most positive results.

This involves options like problem-solving therapy, cognitive behavioral therapy, and even life review therapy. Psychotherapy is equally effective across all ages and has noted positive results in older adults.

This treatment method is extremely effective and useful with very severe depression, especially for individuals who don’t respond well to the aforementioned methods. Among geriatric citizens, neurostimulation via electroconvulsive therapy is safe and effective, according to research. 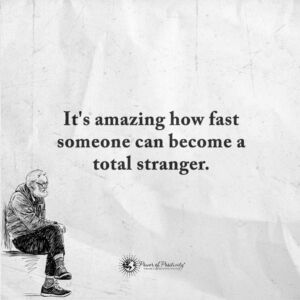 It’s a common belief that depression is “normal” and unavoidable in aging as if it is a simple part of growing old that must be accepted. This is incorrect. Thus, senior citizens experiencing depression require mental health aid, just like anyone else of any age. So if there’s someone age 50 and above in your life who you care about, make sure you keep an eye out for any signs of depression and help them seek aid if necessary!