Common sense is often taken for granted. Despite its name, there are, sadly, many people who lack common sense in the world. If you have yours in check, consider yourself lucky!

But then comes a new problem. What happens when you run into people who don’t have common sense? It’s so easy to become angry with them, question how they could be so ignorant, or brush them off altogether. But what if you don’t want to do that?

Yet, you sort of feel sorry for them, don’t you? You want to help them. It’s usually not their fault that they don’t have this extra sense. Perhaps if you got through to them, you could help them to see the errors of their ways, or at least show them alternate perspectives.

But how can you talk to them while being kind, courteous, and helpful? How do you avoid making them clam up? And how can you make it through unscathed?

1.    Listen To Their Perspectives

Someone who often shows their lack of common sense is probably not used to anyone giving them the time of day. They’ve learned that being as loud as possible is the best chance at getting someone to listen to them, and they don’t understand a lot of the statements commonly used to disprove their theory.

If you want to be kind to them, put on your positive thinking, and get listening. It will help you to meet the person at their level, as you will pick up bits and pieces of information that shows you how their mind works, and what would appeal best to them.

In addition to that, if you don’t listen to them, you will not be able to understand where they are coming from. No matter how right you’re sure you are, it’s purely insolent and a show of bad manners to completely dismiss what another person is saying without even hearing it. Even if you know they’re wrong, try to figure out why they think this way.

It can be difficult not to slam someone who is not showing common sense directly. But in the mind of that person, what they are saying makes tons of sense to them. And the fact that they can tell no one is listening to them makes them believe that all they have to do is convince someone to listen. Here are some tips for communicating better:

Asking questions makes you sound interested and engaged, and it will make the other person feel like they are getting through to you.

When you eventually speak, this will help them feel like you have really paid attention. You can also use this time to clarify some areas of their argument.

There’s a balance to be struck with eye contact. Too little, and you look bored. Too much, and it’s just plain creepy. Find the middle ground. This attention will make the other person feel heard.

When they have finished a particularly wordy argument, they may wonder if you understood them or not. Repeat what they have said back to them by paraphrasing.

Convey, in your own words, what you think they said, and ask if that’s what they meant. They’ll be thrilled!

Yes, it is so incredibly tempting to cut in whenever someone says something nonsensical. But don’t do it. Again, it’s rude, and it’ll just make them feel like you’re not listening. Wait until they are done speaking to offer your rebuttals.

Mirroring is an act of subtle mimicking body language. It creates a subconscious, positive connection between two people and will make the other person feel like they are understood. (1)

Very slowly, and without making it too visible, copy their motions. Stand in a similar position, scratch your head shortly after they scratch their own, and so on.

2.    Encourage Them To Think Of Alternative Perspectives

Instead of bearing down on someone with no common sense, be gentle and encouraging. Don’t shove your views down their throat. Instead, adopt a non-confrontation tone and ask them if they have considered other factors.

Pay attention to what appeals most to the person in question. While you were listening to them, you were likely able to discern their personally held most crucial topic. Perhaps they focus on finances over welfare. Maybe the heart of their concerns lies with efficiency over a job well done.

Whatever the case, there is something that they likely consider most crucial. When speaking of your perspective, make sure to appeal to this side of them. They are more likely to listen if they believe their concerns are abated from your sense of thinking. Use this information to appeal to this familiarity.

Make sure that you’re speaking kindly, and as though you respect their opinions and viewpoints. Speak in simple language, and avoid unnecessary jargon, but don’t be afraid to back up your perspective with proof. You can use scientific evidence, social proof, an appeal to emotion, or any other kind of suggestion.

Does this all sound very complicated? Fret not! Here are some types of statements to begin your sentences with:

You can also make use of some other handy tips and tricks, like:

Hurting someone’s ego is a surefire way to make them get defensive. Often, people who have little common sense are at the end of their rope in terms of positive thinking. They feel that people think negatively of them, and so they jump to build up walls.

But you cannot deal kindly with someone who is intentionally locking you out because they do not trust you. As such, choose your words carefully, or you’ll wind up talking to the equivalent of a brick wall. Do not:

Many people with little common sense have very fragile egos accompany them. While you aren’t required to walk on eggshells, you should probably be a bit careful with what you say and do if you’re trying to get through to them. The last thing you need is for the discussion to escalate into a painfully awkward argument.

Common sense is not common, and it is not a sense, either. It is a learned form of rational thinking and logical reasoning that you were likely lucky enough to pick up on. But not everyone managed to learn this type of common sense.

Besides, common sense can often differ among different people. For example, someone who grows up abundant may have a different set of common-sense patterns than someone who grew up poor. Neither is more right than the other – they’re just different!

Of course, we aren’t referring to obvious, no-brainer things. But more complex issues that seem to have easy common sense solutions may not be as straightforward as you think. Keep in mind that even your personal beliefs may conflict hugely with someone else’s. There’s always more time to learn!

However, we also know that many times, people with no common sense genuinely aren’t particularly capable of simple reasoning. Once again, understanding is key to not losing your patience. The way one was raised or brought up can have a significant disadvantage in these areas of logical thought.

On top of that, many intelligent people can lack common sense. This deficiency is because analytical thinking is not reflective of someone’s ability to use practical and creative thinking styles, which are the other two forms of intelligence outlined by the Triarchic Theory of Intelligence. So understand that this may not be this person’s most positive strength. (2) 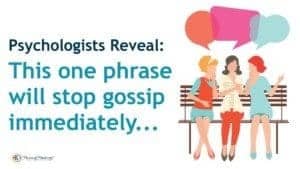 There is wisdom in learning to pick your battles. There are times when something is a lost cause, or when it’s simply not healthy to continue a conversation or discussion. Learning to recognize those times is crucial.

But do you know when it’s time to stop fighting? In the heat of the moment, it can be hard to tell. You should walk away if:

Remember, you have no obligation to force someone to develop common sense. It can often be an unrewarding task that doesn’t bring about any actual change. So, learn when you’re wasting your time so you can politely extract yourself from the awkward situation. There’s no shame in that!

Final Thoughts on Coping with People Who Lack Common Sense

Is it your responsibility to be kind to those without common sense? Of course not! You are under no obligation to change the minds of these people, or even educate them. But they’re human too, and being rude to them will be very counterproductive, likely only further cementing their views.

In fact, those without common sense are not often inherently unintelligent, according to experts. Indeed, they may be brilliant in other aspects, but not in practical street smarts. This dichotomy is what leads to the lack of common sense that drives the rest of us crazy.

Whether you aim to change their mind, excuse yourself politely, or simply get through the conversation in one piece, we can all benefit from being kind to even those who we disagree with. So the next time you talk to someone who seems to lack common sense, give compassion a try!

Related Items 5 Ways to Kindly Deal With People Who Have No Common Sense being kind common sense kindness listining to others
Power of Positivity uses cookies to give you the most relevant experience. For more information see our Privacy Policy.
Continue
Manage consent