New moms and dads feel dismayed, shocked, or saddened if they learn their newborn has cerebral palsy.

As new parents, you eagerly await your little bundle of joy. Many people are anxious throughout the whole pregnancy, hoping for a healthy baby and an easy birth. The first cries of the newborn bring with it a sigh of relief as they have taken their first breath into their new world.

Another wave of relief comes over you as the doctor counts ten fingers and toes. Your baby is alive and well, and you’ve celebrated one of the most memorable days in your life. Now, you will track each milestone as they all are essential.

What happens if your child is behind in some of the growth stages? Confronting the fact that your infant may have a developmental issue is hard to handle. Early health issues are almost always signs of concern.

One of the worst things that you can face as a new parent is a movement disorder known as cerebral palsy. Your beautiful baby will have limitations and will need special assistance in life. You don’t know what the future holds for your child, and you are scared.

Arm yourself with knowledge because there are things you can do to help. CP is a movement disorder caused by a neurological problem.

Cerebral palsy, or CP, is a motion disorder caused by brain trauma in the womb. Some common reasons for fetal brain trauma include a stroke, lack of oxygen, an underdeveloped brain, and damaged white tissue. These may cause congenital cerebral palsy.

It’s also possible for infants less than a year old to suffer from this devastating brain disorder if they contact encephalitis or meningitis. Traumatic brain injuries such as falls and physical abuse can also be the culprits. This uncommon type is known as acquired CP as the child is not born with it.

Both congenital and acquired types may link to trauma or poorly developed brains. However, some babies have a disorder for unknown reasons. To date, there are no cures for CP. 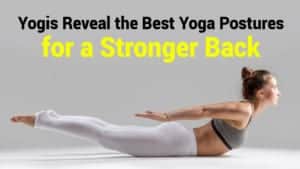 The Different Types of Cerebral Palsy

CP is divided into four distinct categories, which are spastic, dyskinetic, ataxic, and mixed. Each one of these types of the disease is named so because of the area of movement involved.

Spastic CP is the one most diagnosed by doctors today. Within this category is three groups, which are as follows:

•Diplegia- In this type of CP, the legs are mostly involved as the muscles are stiff. Walking will be most difficult as your legs will naturally turn in at the knees, causing a person to move in a scissoring movement.

•Hemiplegia – With this type of CP, only one side of the body is affected. People often walk on their tiptoes. It’s not uncommon for both the arm and leg on this side of the body to be noticeably different. It will usually be thinner and a great deal shorter than the other one. Scoliosis is common in hemiplegia, as are seizures and speech problems.

•Quadriplegia – Quadriplegia is by far the worst type of CP. All the limbs are affected as well as the face and torso areas. People with this type of CP usually don’t speak, and they almost always use a wheelchair because they have little control over the entire body. They may also experience seizures and cannot speak because of paralysis in the face.

Those who are diagnosed with dyskinetic CP face problems with their muscle tone. They have a hard time controlling their movements because their muscle tone is either tight or loose. It’s not uncommon for the muscles in the face to be involved also.

It may appear that the person is always frowning when it’s something they have no control over. Also, they may drool excessively because of poor muscle control, and speaking may not be possible. Experts break down this type into three categories, which are athetoid, choreoathetoid, and dystonic.

Ataxic CP is not common. This rare condition causes the afflicted to have significant issues with both balance and coordination. Though these people walk, living with cerebral palsy is not easy. They may shake and find simple tasks like writing impossible.

When a person receives a diagnosis of a mixed type of CP, then they have more than one specific kind. 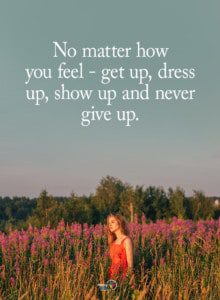 What are the Symptoms of Cerebral Palsy?

Newborns with congenital CP may present with symptoms early after birth or by their second birthday. Discuss any unusual symptoms your child has with your pediatrician. While some of these signs may indicate cerebral palsy, they are also common in late bloomers.

Every child will mature differently. Some babies will walk as early as ten months while others are just getting the hang of crawling at a year old. As a parent, you know your child better than anyone else. You can quickly identify behaviors or movements that are out of character for them.

Keep a journal of anything that seems out of the ordinary to you. Ask friends for advice as some moms and dads are a bit paranoid when their child doesn’t reach the milestones as quickly as another baby. If you are genuinely concerned there is an issue, then you need to talk to their pediatrician.

Pediatric experts have compiled a general schedule of certain activities young children should be able to perform at a given age. Although some children may reach their milestones a bit earlier or later, this schedule is a good indicator of physical or cognitive issues.

Classic symptoms of cerebral palsy are consistently delayed or unmet developmental milestones. Here are some other things you might notice.

Ten Months through One Year Symptoms 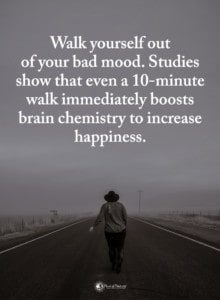 It’s possible to have a fulfilling life and live with a movement disorder like CP. There are many different therapies and devices available to help. The good news is that CP doesn’t shorten your life span, and you can live as long as the general population.

It would help if you utilized physical, occupational, and speech therapy to overcome some of your issues. Additionally, many assistance devices on the market can help with mobility and increase your independence.

The symptoms of cerebral palsy differ with each type, but some things can be beneficial to all who suffer, such as:

Having an active fitness lifestyle is essential with or without a disability. However, for those suffering from CP, moving stiff muscles can help to improve limitations. Two of the most common symptoms that associate with this movement disorder is a lack of coordination and poor muscle tone. Thankfully, physical therapy can improve these problems.

If you have CP, be sure to get at least 150 minutes of exercise each week. Focus your workout efforts on strengthening the muscles. Not only will these programs enhance your body, but it can also help to put you in a good emotional and mental state. Walking and doing your daily tasks are much easier when you have a well-maintained BMI.