Mental health issues have increased dramatically across all age groups in the past couple of decades. Sadly, children are no exception. According to the Centers for Disease Control and Prevention, here are some statistics about  childhood emotional disorders in the U.S. today:

ADHD, behavior problems, anxiety, and depression are the most commonly diagnosed emotional disorders in children

Some of these conditions are co-occurring. For example:

These statistics point to something very wrong with our current system. But perhaps we can look closer to home to figure out what’s happening to our children. 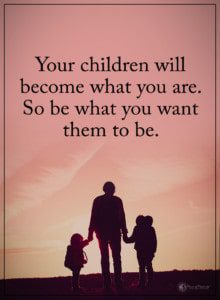 In the old days, before technology and the “always-on” society took over, moms typically stayed home with their children while the dads went to work. Of course, this doesn’t mean women shouldn’t have the right to work if they choose to, but with both parents gone, that leaves the children under the care of babysitters and nannies. Nowhere else in nature does this type of parenting occur; all other mammals remain with their mothers until it’s time to leave the nest. However, since we’re out of alignment with nature, we go against the natural rhythms and processes of the universe.

Studies show time and time again how important it is for mothers and children to bond during the first few years of life, especially. A strong bond during the critical years of a child’s development allows the child to have protection from stress and helps him or her develop emotional resilience. Without the mother there to offer love and nurturing, it doesn’t give the child a solid foundation for regulating emotions in the future.

While caretakers can provide nurturing and support, the baby becomes confused if more than one person takes on the role of primary caretaker. Only the biological mom can give the emotional stability and safety necessary for long-term growth and development. Of course, making ends meet in today’s world often requires both parents working; however, in the first few years of life, the mom should stay at home if possible.

How being away from mom affects a child’s emotions

According to a study by the Society for Research in Child Development, raised cortisol levels were noted in the majority of children in full-time, home-based daycare (63%) compared to those who remained at home with their mothers. Intrusive, overly controlling care correlates to a rise in cortisol. In the girls, the increase of cortisol connected with anxious, vigilant behavior, while in boys, it associated with angry, aggressive behavior.

In another study by the National Institute of Child Health and Human Development, researchers followed more than 1,000 children in 10 cities who had various types of child care arrangements, including daycare centers, preschools, babysitters, and care from relatives other than their mothers. Their mothers, caregivers, and kindergarten teachers monitored their behavior.

The study found that children who spent the most time in daycare had the most severe and frequent incidences of behavior problems. Most children in the study spent ten or more hours a week in childcare, and around 10 percent spent more than 45 hours per week under the care of someone other than their mothers. Even if children had a stable home life and the mother remained sensitive to a child’s needs, behavior problems still existed the more hours children spent in child care. Furthermore, the quality of child care didn’t matter in the study. Indeed, children even showed behavior problems despite having adequate caretakers.

Overall, around 17 percent of the children had above-average levels of problem behavior like disobedience and over assertiveness. Even though the children displayed behavior within normal limits, they still risk developing behavioral abnormalities, said the study’s scientific coordinator, Dr. Sarah L. Friedman.

Even though none of the variables in the study offset the effects of daycare on the children, researchers found that the mother’s sensitivity and the family’s socioeconomic status had more weight on a child’s behavior than the amount of time they spent in daycare. The study found that greater maternal sensitivity and higher income and education levels produced better behavior in children. 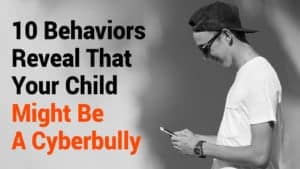 Even if the mother raises a child mostly at home, the quality of care dramatically influences a child’s behavior. For instance, psychiatrist Dr. Luis Rojas Marcos found the following factors produced poor emotional health in children:

A healthy childhood includes emotionally available parents, clear rules and guidelines with punishments if the child doesn’t obey, as well as healthy food and adequate sleep.

Additionally, children need plenty of time to play outside and explore the world; however, most parents today choose to use technology as a babysitter. Many studies have shown how harmful phones and tablets are to developing children. Not only do they promote isolation and lack of engagement, but one study found that the more time children spent on digital devices, the longer their speech was delayed. 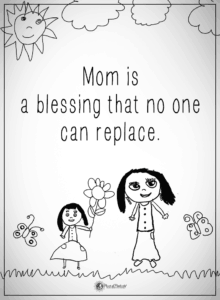 The studies back this up

The study examined nearly 900 children between the ages of 6 months and two years between 2011 and 2015. After gathering data about the children’s daily screen time and language abilities, researchers found that for every 30 minutes of additional screen use, speech delays increased by 49%. However, researchers didn’t find any delays in other forms of communicative expressions, such as hand gestures and body language.

Also, other studies have found that children’s memory, attention span, and comprehension decreases the more online content they consume. In traditional learning environments, children read books and head outside to play. Plus, they don’t have as many distractions as online. In a developing brain, overstimulation can produce behavior problems such as ADD or ADHD. So, in a child’s first few years of life, some experts advise that parents don’t allow their children access to digital devices at all.

Children learn by example from their parents, so if the parents engage with them and allow them time to express themselves creatively and with other children, they will have much fewer behavior problems later on. Even though our world is rapidly changing, our biology still requires the same things: love, attention, education, food, shelter, water, and interaction. Technology has its place, but it shouldn’t come between a parent and a child’s need for bonding and love.

With all of life’s demands today, parenting comes with more challenges than ever before. However, sticking to specific guidelines and habits will benefit your children greatly in the years to come. The psychiatrist mentioned above suggests that parents: