Law enforcement leaders estimate that more than 13 million children, ages 6 to 17, found themselves the victim of a cyberbully in 2006. Unfortunately, the prevalence of cyberbullying has only continued to increase since then. The percentage of individuals who have been cyberbullied nearly doubled from 2007 to 2016, reports PACER’s National Bullying Prevention Center.

Sadly, the number of individuals being cyberbullied is likely to be higher than statistics reveal as much cyberbullying goes unreported. Data analysis shows that in 2015, only 43% of all students who were bullied reported it to an adult. This stat was revealed in the Indicators of School Crime and Safety report published by the National Center for Education Statistics. Tragically, suicide rates and suicidal ideation have also increased dramatically among young people over recent decades. The CDC reports that teenage suicides increased by  76 percent in the last decade. Suicide was the second largest cause of death for 10 to 24-year-olds living in the U.S. in 2017.

CYBERBULLYING AND NEGATIVE IMPACTS ON KIDS

Many psychologists, psychiatrists, and pediatricians aim to better understand the dramatic increase in suicide rates among children and adolescents. Their copious amounts of research have revealed a connection between the rise in suicide rates with the spike in cyberbullying. The harmful effects of bullying are both immediate and long-term. Child psychologists explain how being bullied has a myriad of adverse effects on children’s and adolescent’s lives. Among the adverse effects of being bullied are depression, anxiety, low self-esteem, physical health problems, personality disorders, and even suicide.

The authors of this peer-reviewed research article examined the relationship between bullying and suicide among young people. Their data revealed that bullying strongly correlates with suicidal ideation as well as suicide attempts. Furthermore, researchers found that cyberbullying is more strongly related to suicidal ideation than traditional bullying. Thankfully, parents can aid in helping to prevent terrible outcomes such as these. Parents can help by closely monitoring their children for signs that they may be a victim or perpetrator of cyberbullying. If your child is cyberbullying, there are some telling signs that she or he might show. Knowing these signs and how to respond to them could save a child’s life. Keep reading to learn more about ten behaviors that reveal your child might be a cyberbully.

10 BEHAVIORS THAT REVEAL YOUR CHILD MIGHT BE A CYBERBULLY

Your child might be a cyberbully if she or he:

1) Is secretive about their online activity.

A child who is cyberbullying might quickly switch or close the computer screen when anyone walks by or enters the room. Someone who is bullying others will also commonly avoid having conversations about their computer and cell phone activities with adults.

2) Uses the laptop and/or their mobile device late at night.

In their desire to be secretive and unsupervised, a cyberbully often uses their electronic devices late at night. Consequently, young people who are cyberbullying commonly have trouble sleeping. This peer-reviewed research revealed that adolescents who bully had more irregular sleep schedules and shorter sleep duration than non-bullying schoolmates.

This behavior is related to the anonymity that someone who is cyberbullying seeks. To remain anonymous, a person who is cyberbullying uses fake names to create multiple email and social media accounts. By doing so, the bully can indeed hide behind the screen and remain unknown to their victims. This anonymity often causes a bully to feel even more powerful and uninhibited in their bullying behaviors. Much research has shown how anonymity can have an impact on antisocial behavior online. The authors of this scientific study aimed to determine if online anonymity increased the frequency of cyberbullying among young people. Their research revealed that the more people feel they are anonymous online, the more likely they are to cyberbully.

4) Becomes excessively upset when you take away their computer and/or cell phone privileges.

This outburst occurs because someone who cyberbullies uses the computer and/or cell phone as their “weapon” of choice to bully others. Take away the device, and you effectively disarm them of their weapon of choice. Consequently, a cyberbully becomes extremely upset when you remove these devices. If your child is involved in cyberbullying, he or she may also display excessive computer and/or cell phone use.

5) Blames others for their actions.

Individuals who bully are usually acting out of fear and anger. Because of this, they do not see what they do to others as being their fault. And they don’t accept responsibility for the things that they do. Bullies frequently justify their violent behavior by shifting the blame to their victims. They commonly believe that they are merely reacting to what someone else has done to them. Individuals who bully often perceive themselves to be the victim instead of the other way around. If a bully cannot find a way to blame others for their behavior, they are likely to deny any involvement in bullying.

6) Lacks empathy for others.

Having a lack of empathy makes it much easier for a bully to be emotionally and physically abusive to their victims. Instead of seeing their victims for the humans that they are, bullies often dehumanize their victims. Someone who bullies people will commonly feel superior to others and be discriminatory and intolerant of differences. These perceived differences could be social, economic, physical, or racial. A bully will use anything that they believe makes another person “less than” to try to justify their bullying behaviors. “Researchers Explain 10 Ways to Teach Empathy to Your Kids” is a fantastic resource for parents. Check it out if you’d like to learn more about how you can help cultivate empathy in your children.

Individuals who bully others often live in fear and feel out of control of their own lives and emotions. Because they feel out of control, they fear what will happen to them if they do not control others. Bullies commonly fear that they will be hurt if they do not have total control of a person and/or situation. Consequently, they act aggressively and aim to control and dominate others in an attempt to prevent themselves from being hurt. In many cases, a person who bullies also enjoys watching violent television shows and movies and plays violent video games. All the while, demonstrating a positive attitude about the violence that they observe or commit.

Because those who bully are not in complete control of their own emotions, they often become frustrated, and quite easily. They often escalate to anger quickly, also. This rage comes from the individual’s lack of emotional control as well as a lack of impulse control. The littlest things can set a bully off. This problem is intensified by the fact that bullies frequently feel fearful and are under a lot of emotional strain.

Almost all children and adolescents break the rules and push boundaries. It’s an inevitable part of growing up and learning. However, an individual who bullies may lack the ability to see or understand that what they are doing is wrong. As a result, they do not learn from their mistakes and continue to break the rules. This behavior often causes a bully to get into trouble at school. And when an adult calls out or disciplines a young cyberbully, they commonly talk back to and argue with adults. They might also hang out with other youth who are known bullies.

Are you worried that your child is bullied in person or online? Know all the signs to watch for. Here is an article that discusses symptoms that children might exhibit if they are bullied. 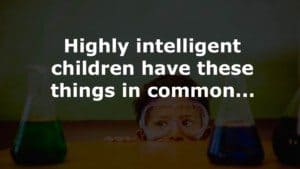 In the not so distant past, many people regarded bullying as a natural occurrence among children and adolescents. In previous decades, it was quite common for adults to believe that bullying was a healthy thing for young people to experience. Some adults even incorrectly assumed that being bullying increased a young person’s mental fortitude.

Over time, an abundance of scientific research has revealed the opposite to be true. We now know the facts surrounding the multitude of terrible outcomes that bullying has on those who are victimized. Consequently, we have come to understand that bullying is not healthy or okay in any way, for anything. Unfortunately, cyberbullying can be more challenging to detect and control than traditional bullying due to the anonymity of cyberbullies. Because cyberbullying often takes place when young people are at home, the help of parents in prevention efforts is vital. If you’d like information about how you can help prevent cyberbullying, “Preventing Cyberbullying: Suggestions for Parents” is a wonderful resource.

There is no denying that technological advancements have had an impact on young people and cyberbullying. The rise of social media and smartphone technology plays a crucial role in the cyberbullying epidemic. However, technology is not the problem, nor is it to blame. Some of the impacts of technology and social media on kids are incredibly positive, and some are not. Technological advances, including the Internet, have helped youth to accomplish many great things and to grow in truly incredible ways. But with more and more technology comes the need for more and more parental supervision, guidance, and responsibility. 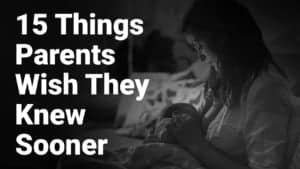 Those who bully others likely found themselves the target of a bully, themselves. Children and adolescents might not report the incidents for fear that the bullying will only get worse if they do. The best thing that you can do is have an open and honest conversation with your child about bullying. If you’d like information about how to approach this conversation with your child, this resource is incredibly helpful and informative.

Children who bully are not bad or hopeless. Quite the opposite. They often feel hurt. And you can uncover (and address) logical explanations for their behavior. Here at the Power of Positivity, we aim to help every child and parent to succeed and remain healthy. We hope that this article, and the resources included in it, have given you an excellent place to start talking about cyberbullying with your child.