Cognitive decline is something that many people accept as a part of their potential future. Almost everyone has seen a relative slowly develop a degenerative disorder of the brain, leading to a tragic and difficult-to-manage situation. But what if this declining brain health didn’t have to be the case?

Though some people are predisposed to degenerative conditions, there are methods that can be used to prevent their progression, lower their risk, or simply slow the degeneration down. It sounds pretty simple when it’s put this way: all you need is to keep your brain healthy. But that’s easier said than done!

It can take real effort to make sure that your everyday habits are doing your brain well. Luckily, research into brain health and preventing cognitive decline has been in place for a long time. Plenty of people perform good habits in order to keep themselves sharp, backed by scientific findings.

So how can you be like these people? What do you need to do? Here are 3 habits of people with good brain health – but there’s still so much more beyond the simple three!

If you want a healthy mind, you need a healthy body. It’s said very often, but people often underestimate just how true and accurate it is! Your mind simply cannot be healthy if the body that it is in isn’t.

You don’t need a lot of exercise to reap the benefits that come with it, including good brain health. Spending half an hour a day simply walking around can be all you really need. Even simple tasks like doing household chores, gardening, or playing with pets can help, too. There’s no need for a fancy gym membership! Here are some ideas for simple exercises that people with good brain health practice habitually:

According to neuroscientists working with UCLA, yoga has positive benefits for more than just stress and anxiety. Those who do traditional yoga accompanied by meditation can experience a significant reduction in cognitive problems, including those which can lead to degenerative disorders. Yoga was also revealed to be even better than most typical exercises for memory enhancement.

When you have an exercise routine, working out can feel like second nature. You get used to the process and it can even become comforting in its way. It’s a way to fill your time in a productive way. What’s not to like?

According to a study in the Journal of American Geriatrics Society, exercises and activities that involve mindful movement, such as dance, often have much stronger cognitive ability than those who don’t. Dancing for just an hour a week was revealed to aid those with cognitive decline, boosting their positive thinking and daily function. 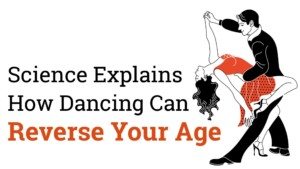 If you are experiencing some cognitive decline or have some issues with cognitive health, changing up your routine regularly can help make a difference. According to research published in the Journal of Aging Research, activities such as lifting weights and walking help boost spatial memory. Other types of exercise offer different benefits. As such, you should mix up your routine regularly to get a diverse group of benefits!

At the end of the day, all you really need to do is get moving. Vigorous exercise can make you scientifically ten years younger in terms of cognitive health! This is likely because experts believe that exercise produces new neurons in the brain, especially in the hippocampus, which is the memory and learning center of the brain.

Mental activity is very crucial to maintaining your brain’s health. Think of it like a muscle. If you never put it to use, it will slowly waste away. As such, you need to continue working out your brain so that it stays strong and “fit”. Here are some great, science-backed ways to do so – and ones that those with good brain health employ!

Crossword puzzles, and other games related to words and numbers that engage the mind, have been proven to have some pretty impressive effects on brain function. They aid reasoning skills, memory, and attention, and two separate studies in the International Journal of Geriatric Psychiatry found that those who do puzzles have performance levels that indicate processing levels eight years younger than those who don’t do puzzles.

Lots of people in the world are bilingual, but if you’re from a primarily English-speaking country, there’s a chance you are only really fluent in English. Well, now you have a reason to learn something else! MRI scans done by researchers in Canada revealed that those who have fluency in more than one language have thicker and denser brain portions focused on memory, language, and cognition. This reduces the speed of degeneration.

According to research published in the Journal of Neuroscience, learning a musical instrument can actually alter brain wave performance! This causes an increase in hearing and listening skills very quickly, which can even prevent hearing loss as you age and keep your mind sharp.

If you’re bored but can’t do absolutely anything you want, grab a piece of paper and a writing instrument and color, doodle, or draw away. When you do these activities, you’re actually boosting your positive thinking, giving yourself better levels of creativity, improving problem-solving skills, and innovating. Why? Because the blood flows more smoothly in your prefrontal cortex when you draw freely!

If there are children in your life, play games with them! Puzzle games, especially physics-based ones, improve abilities to do different tasks, focus, and adapt and react to changing situations. If you don’t have kids to play games with, try getting a book of brainteasers, or encouraging friends to play puzzle games with you!

Learning new things is crucial to keeping your brain active. You can even learn from a modern device, such as an iPad, laptop, or smartphone. Plus, learning new things doesn’t have to be specific. You can take a class for something new. Or perhaps you can learn new recipes. You can figure out how to use a social media site you’ve never been able to figure out. The possibilities are endless!

3 – They Eat and Drink Mindfully

You are what you eat. The things you put into your body often have a significant effect on your brain and mental health. After all, the brain controls every part of your body, and so it needs sufficient nourishment to get that job done. Here are some specific eating and drinking habits that people with good brain health have!

Multivitamins themselves may not do anything particularly useful, but certain vitamin deficiencies can lead to a decline in cognitive function. Make sure you’re getting the minimum required vitamins and minerals every day.

For example, without sufficient Vitamin B12, the central nervous system can develop cognitive loss. A lack of vitamin D has been linked to an increased risk of cognitive decline. Insufficient iron causes difficulty in oxygen transport, leading to less of the crucial component reaching the brain.

Sugar – as well as any other kind of simple carbohydrate – can be a real drain on the brain. Studies have indicated that even healthy people experience a drop in cognitive performance after consuming these types of foods.

We just talked about how bad refined sugars can be for you – but omega-3 fatty acids are the complete opposite of that. They can undo damage to a certain extent thanks to the properties of the fats, which improve brain permeability.

Antioxidants prevent free radicals from taking free reign over your body. Oxidation is responsible for aging and damage to the body and its organs, and antioxidants can help slow the process. Do note that plant-derived antioxidants work best for this purpose.