If you’ve never heard of biohacking before, it encompasses ways to hack your biology to improve various health markers. For example, making small lifestyle changes such as diets and exercise programs are forms of biohacking. It’s merely a fancy way of saying “Improving health.”

People engage in biohacking for several reasons, some of which include losing weight, boosting brain function, reducing anxiety or depression, or just feeling better overall.

Below, we’ll go over the most common forms of biohacking:

Nutrigenomics involves how your diet affects your genes. The entire premise for this type of biohacking is that your body’s genetic makeup can be tracked and optimized by testing the various ways that nutrients influence your health. It also looks at how the nutrients you consume could affect your mental and emotional health. As most of us know, the foods we eat have a direct impact on our moods and psychological functioning.

This form of biohacking comes from experts and scientists who have studied the various ways that lifestyle choices and biology affect health. Scientists help average people like you and me by sharing tips so that those at home can perform structured, safe experiments on themselves.

A grinder is a type of biohacking that views the entire body as changeable. They see human bodies as a type of robot that can be transformed in various ways. Grinders, in general, wish to become superhuman by using chemical injections, implants, and other gadgets so that their body works in the best way possible. This is an extreme version of biohacking.

Here are some results of each type of biohacking:

Nutrigenomics may hack your biology by:

Foods can alter your genes, but other factors play a role in your overall health as well. For example, a 2015 review of nutrigenomics research shows that factors such as stress levels, weight, and exercise habits also determine how your body responds to food.

These more dangerous forms of biohacking should be done with caution and perhaps avoided altogether due to their inherent risk. For example, one man injected a chemical compound called Chlorin e6 into his eyes so that he could have night visions. The man could see people moving around at night in the woods because the chemical causes temporary changes in the photosensitizers in your eyes. This change allows the cells in your eyes to make out light more efficiently. However, this could’ve had horrible consequences, such as blindness or other health problems.

DIY bio can also lead to legal problems if you make a mistake. A 2017 piece in the UC Davis Law Review warned that using biological agents could break international bioterrorism laws or cause severe health problems.

As for the grinder subculture of biohacking, serious problems can occur as well. A 2018 New York Times piece followed grinders who inserted RFID chips in their bodies to get into secure hospital wings or have enhanced hearing by using built-in headphones. While these objects might sound cool, they can have health ramifications such as causing inflammation, chronic infections, and even cancer.

How blood testing can be used to biohack

The safest and most effective way to biohack is to get bloodwork done. This is an excellent way to measure your body’s nutrient levels and other markers, such as plasma. You can use bloodwork before and after trying a new diet to see how it affects your vitamin and mineral levels. For example, if you’re on a keto diet, you’re probably getting more B vitamins from all the meat. You can check your levels of these before and after getting on the program.

Of course, blood tests aren’t necessary to see changes. You can have noticeable changes in your health just by paying attention to how you feel. Eating more whole foods, and a plant-based diet will probably give you more energy and improve your cognitive function. However, bloodwork will show you specifically where your body needs work and how lifestyle changes affect your overall health.

The case for nootropics

Nootropics are discussed regularly in biohacking communities. They are found in supplements or food sources and are used to increase brain function. They can boost your mood, productivity, and attention span. Many people already use a type of nootropic every morning – caffeine.

Nootropics are usually safe unless they’re consumed in large quantities. For instance, drinking too much coffee can cause a caffeine overdose, although this is very uncommon. Medications containing nootropics can also be dangerous unless regulated by a medical professional. Nootropics are popular among biohackers because of how readily available they are and how quickly the body metabolizes them.

Caffeine is consumed by millions of people around the globe every day because of how it boosts energy and mood. You can get caffeine in the form of coffee (the most popular method), green tea, or in foods such as dark chocolate. Have the caffeine at the same time every day, preferably the morning, and take note of how you feel. Some people are more sensitive to caffeine and become jittery or anxious. However, you can always lower the dose and see if it still affects you in the same way.

You can even make what’s called bulletproof coffee. This is widely touted in the ketogenic world for its energy-boosting and weight loss effects. It contains medium-chain triglycerides (MCT) oil, which helps boost metabolism.

You can try an elimination diet, which consists of making tweaks to your diet to see how you feel. Then, you reintroduce the food and notice if it negatively affects your health. Many people who believe they have allergies to foods try the elimination diet to see if getting rid of the food improves their well-being. Dairy, sugar, wheat, and red meats are common foods to eliminate to see how they affect health.

There are two steps to an elimination diet:

If you notice the following symptoms, you might be allergic to that food: 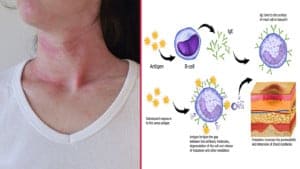 Many people don’t get enough sunlight in today’s world. However, studies have shown that sunlight has the ability to boost your mood or enhance your cognitive performance. Try to spend at least 30 minutes outside per day and notice how it affects your mood. However, don’t get carried away by spending too much time outdoors, because sunlight has strong UV rays that can lead to skin cancer if you’re not careful. Don’t stare at the sun directly, and always wear layers to protect your skin.

Intermittent fasting involves only eating at certain times and then fasting the rest of the time until the next eating period. Many people choose to eat during an eight hour period and then fast for the rest of the time. Noon to 8 PM is popular in the intermittent fasting community. Some people even choose to eat just one meal per day and have a two-hour eating window.

Talk to your doctor before you start an elimination diet if you:

Final thoughts about how biohacking can improve health

Biohacking clearly has health benefits; however, it’s important to monitor your health closely in case of any issues that arise. With DIY biohacking and grinder, you’ll probably want to avoid them unless you have experience in the scientific field. Messing around with biochemical agents and gadgets like RFID chips can cause serious health problems if you don’t have experience with them.