For most of us, the day doesn’t start until we’ve had that first cup of coffee. The caffeine wakes you up and prepares you to tackle each day. Plus, it’s just comforting to cradle a steaming cup of joe. But, is it good for you? The good news is that it can be when you drink the right amount of it.

Study after study show that people gain more from this stimulating beverage than researchers used to think. For instance, the caffeinated beverage is filled with substances that work to guard against conditions that develop more often in women than in men such as heart disease and Alzheimer’s. Diane Vizthum, M.S., R.D., a research nutritionist who works for Johns Hopkins University School of Medicine, said, “Caffeine is the first thing that comes to mind when you think about coffee. But the drink also contains antioxidants and other active substances that may reduce internal inflammation and protect against disease.”

Decreasing the Risk of Alzheimer’s and Parkinson’s

Some studies have found that the beverage can protect your brain as you age. When it comes to neurodegenerative diseases, people develop Alzheimer’s more than any other. In prospective studies, people who drink coffee have a 60 percent lower risk of developing Alzheimer’s and dementia.

Parkinson’s disease is the second most common neurodegenerative disorder. It occurs due to the death of dopamine-generating neurons in people’s brains. Drinking the caffeinated beverage can decrease your risk of Parkinson’s by 32 percent to 60 percent.

Help for Those at Risk for Type 2 Diabetes

Type 2 diabetes is a disease that is quickly becoming an epidemic. It is a lifestyle-related disease, and during the last few decades, it has increased at a rapid pace. Today, about 300 million people suffer from the condition. Characterized by high blood glucose levels because of insulin resistance or the inability to produce insulin, some people can cure the disease with diet and exercise.

Good for the Liver

The drink is also good for your liver. This is a particularly remarkable body part, one that performs hundreds of functions. The organ is vulnerable to a number of dietary pitfalls including consuming too much fructose or alcohol. Cirrhosis is a condition in which liver tissue is mainly replaced with scar tissue. It occurs when people suffer from diseases like alcoholism and hepatitis. When people develop cirrhosis, they have the last stage of liver damage. Several studies have found that drinking coffee can decrease your risk of developing cirrhosis by as much as 80 percent. People who enjoyed four or more cups of the beverage each day experience the strongest effect. In general, the beverage can lower your risk of developing liver cancer by about 40 percent.

If you drink one to two cups each day, you could be warding off heart failure, stroke and coronary heart disease. Every extra cup of joe consumed each day decreases these heart conditions by 8 percent, 7 percent and 5 percent respectively according to one of the country’s biggest and longest-running studies.

A research team from the University of Colorado assessed the data from the Framingham Heart Study. This study has been tracking the eating patterns and heart health of more than 15,000 participants since the 1940s. As the team assessed the data, coffee stood out as a substance that could potentially lower the risk of heart failure.

Lowering the Chance of Dying from Colon Cancer

Statistics show that one in 23 women develop colon cancer. But, research has determined that those who drink either decaf or regular were 26 percent less likely to develop it. Harvard University published a report stating that people who had colorectal cancer, or CRC, who drank a minimum of four cups of the caffeinated beverage each day following their diagnosis had a significantly lower risk of dying early than those who didn’t drink it. Yang Hu, a Harvard Chan School doctor of science candidate and lead study author, said, “Until now, very few dietary factors have been linked with colorectal cancer prognosis. Our new study suggests that the beverage may potentially improve survival of patients diagnosed with colorectal cancer.”

The American Cancer Society reports that CRC is the second leading cause of cancer death in the country. Earlier evidence has suggested that the drink works to lower the risk of mortality in general. Researches believe that it is because coffee benefits include its ability to counteract inflammation and insulin resistance since it contains anti-carcinogenic compounds.

Moving Past the Medical Benefits

Coffee benefits include the number of antioxidants and nutrients it has in it. Many of the nutrients that are in the beans make their way into your cup. When you brew that cup of joe, you’ll be ingesting plenty of vitamins and nutrients. One cup contains:

While these percentages may seem on the low side, if you drink several cups each day, they add up. Along with the nutrients, the beverage also has huge amounts of antioxidants. It is one of the biggest sources of them in the Western diet, containing even more of them than many vegetables and fruits.

Caffeine is often an included substance in commercial fat-burning supplements. The reason for this is that it has a stimulating effect on your central nervous system. Caffeine raises your metabolism and increases the oxidation of fatty acids. Coffee benefits also include improving your athletic performance by mobilizing fatty acids from their tissues. Two separate meta-analyses found that caffeine increased a person’s exercise performance by about 11 percent to 12 percent on average.

The caffeine in the beverage can make you smarter. How does it do this? Caffeine is the beverage’s active ingredient. It is a stimulant, and it is the most commonly ingested psychoactive substance in the world. Caffeine affects your brain by blocking the impact of an inhibitory neurotransmitter known as adenosine. When it does this, caffeine increases your brain’s neuronal firing. It also releases other neurotransmitters such as dopamine and norepinephrine. 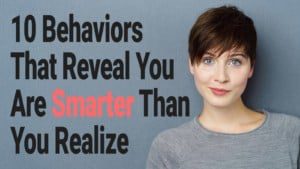 Several controlled studies have looked into the effects of caffeine on people’s brains. These studies have determined that caffeine can improve your mood, memory, vigilance, reaction time and overall brain function.

How Much Can You Drink?

When it comes to a strong cup of joe, you can drink too much. If you overdo it on the beverage, then you could experience:

So, how much is safe to drink? According to reports, up to 400 milligrams of caffeine, each day is a safe allowance. This is about four cups of brewed coffee, 10 cans of a cola soda and two energy drinks. But, check the amount of caffeine when drinking anything that contains it because the actual caffeine content in drinks varies widely.

Caffeine is safe for most adults, but it’s not so great for adolescents. Also, some medications and herbal supplements can interact with the substance. Use caution if you’re taking ephedrine. Combining it with caffeine can increase your risk of high blood pressure, stroke or seizure. Theophylline also interacts negatively with caffeine. If you take this medication, which opens up the bronchial airways, with caffeine, you may experience nausea or heart palpitations. Echinacea is another substance that doesn’t go so well with caffeine. In this case, the supplement tends to increase caffeine’s common negative effects.

Also, remember that adding stuff to your drink can change how healthy it is. For instance, if you drink yours with a bunch of cream and sugar, then it won’t be as beneficial. To keep it at its healthiest and enhance it, drink a cup with two tablespoons of milk, a milk substitute or half-and-half along with a naturally sweet spice or flavoring. Try adding a ¼ teaspoon of vanilla extract, cinnamon, cardamom or cocoa powder.

“The bottom line is that coffee is one part of your lifestyle,” says Diane Vizthum. “Some of the factors that make a bigger impact on your health are eating a balanced diet, exercising and maintaining a healthy weight.”

The Thing to Keep in Mind

Many of the mentioned studies were observational only, which means that they can only show an association and are unable to prove that the substance was the only cause of the beneficial results. Also, while moderate amounts of the beverage are considered good for you, drinking an excessive amount of it can be harmful. So, the thing to keep in mind with the beverage is to enjoy it in moderation.

To gain the most benefits from it, drink the beverage without sugar, and if caffeine tends to affect your sleep, be sure to stop drinking it by early afternoon. Despite the downsides, coffee appears to be one of today’s healthiest drinks.