Memory can be tricky. Because of the complexity of the human brain, you might recall finite details but forget important dates.

How many people attended your wedding?

On what day of the week was your first child born?

Odds are that you can recall some pretty detailed information. That’s regarding not only these events, but others that hold emotional significance. From a neurobiological perspective, it is no coincidence that we tend to recall significant life events with astounding clarity. This fact is something we’ll go into with a bit more detail later.

In this article, we’ll discuss some interesting (amazing!) facts about memory and how vivid memories are formed. We’ll also explain a fun trick or two that may help you acquire a better memory. Finally, we are giving you helpful memory-boosting tips!

The human memory is genuinely fascinating, as evidenced by these 10 incredible facts about it:

Considering some of these remarkable facts, it should come as no shock that we humans possess a remarkable ability to strengthen our memory. The case for the voluntary evolution of memory was only enhanced by this next study.

“Memory retention can be enhanced when something novel … occurs shortly before or after the time of memory encoding, as in ‘flashbulb memory.’” – Tekeuchi, T. et al. “Locus coeruleus and dopaminergic consolidation of everyday memory.”

(Please forgive the writer for the highly-technical verbiage regarding the studies. If you are interested in the nitty-gritty components of the study – e.g. the location and known functions of some regions of the brain – a simple Google search should suffice.)

In a fascinating study published in the journal Nature, scientists at the University of Edinburg uncovered the biological processes that drive memory creation under new and interesting conditions. Understanding these processes may improve your own memory in certain circumstances. To help contextualize how it all works, let’s dig a bit into the study itself.

The intention of the study was to find the neurons linked to novel memory formation. The research becomes fascinating when the large team of scientists discovers that the brain’s response to novel stimuli occurs in a completely different area of the brain than initially believed, the locus coeruleus. Moreover, despite a plethora of studies claiming otherwise, this area of the brain releases dopamine. Regarding this last point, the authors note their surprise:

“We anticipated that TH+ neurons [those associated with novelty-related memory] … would be critical, but the possibility that locus coeruleus … can sometimes release dopamine as well as noradrenaline … led to our broadening the project.”

How The Study Impacts You

While this may sound like a bunch of mumbo jumbo that only an academician could produce, the study has a significant impact on our everyday life. More specifically, our memories from everyday life. Let’s talk about that.

Let us first summarize the key takeaways from the study, point by point:

(1) Activation of certain chemical messengers, the tyrosine-hydroxylase-expressing (TH+) neurons, was thought to originate within a single region of the brain, the ventral tegmental area (VTA).

(2) However, this study found that another, entirely separate part of the brain – the locus coeruleus – exhibits stronger neuronal activity when we experience a novel situation compared to the VTA.

(4) The complex neurobiology underpinning this relationship has potential ramifications on the development of long-term memory.

(5) Aside from enhancing memory, the release of dopamine receptors within the locus coeruleus may also improve both spatial object recognition and selective attention.

We use the former ability when, say, navigating an unfamiliar landscape. Selective attention is the “spotlight” of concentration in that we attempt to focus complete attention onto an idea, object, event, or situation while ignoring internal and external distractions. 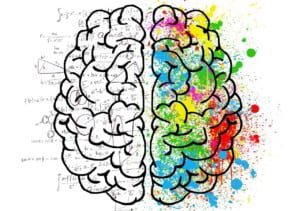 Switch On The Flashbulb!

“Little surprises happen all the time in subtle ways that reflect our personal lives and interests. Somehow, the novelty of surprise creates a halo of better memory for all the otherwise trivial events of one’s day that we ordinarily forget.” – Professor Richard Morris, University of Edinburg

Now that you’ve (patiently!) read through the specifics of the study, let’s get to the really good stuff!

The one way to improve your memory is to “switch on” the flashbulb that encodes the memory. To do this, you need to experiment. Find ways to turn the ordinary into the novel.

Here are a few things that you can do to switch that flashbulb to “On”!

The brain loves novelty, as mentioned. Novelty means more dopamine. Therefore, you’ll foster improved memory! As such, don’t feel guilty for indulging in some YouTube or Facebook for a few minutes.

Tip: You need a bit of self-discipline to make this hint productive. If you have the tendency to fall down the rabbit’s hole of social media, consider taking a brisk walk outside instead!

The food that we put into our mouths has everything to do with brain output. Food is the building block of neurotransmitters; as such, learn how to optimize your brainpower through the right foods. Eat foods that boost dopamine levels, including almonds, avocados, bananas, beans, chicken, eggs, and fish. If you need more alertness, eat proteins. To fight stress and relax, eat some carbs. To fight depression, try caffeine. Also, do not underestimate the power of certain minerals. Choline, which is acquired through foods like eggs and liver, aids concentration and memory. Selenium, which you can get through Brazil nuts, sunflower seeds, tuna, or whole grains, normalizes cognition.

People underestimate the impact of quick workouts. Remember: exercise means a boost of dopamine and endorphin. Try doing a quick set of 10-15 pushups or jumping jacks. If you have the inclination, go get a cheap jump rope and keep it in your desk. Try an exercise or two every other break or so. You’ll feel better, trust us!

Again, the brain loves new stuff. (Why do you think Americans have a huge problem with spending?)  Instead of going to the mall to ease your boredom, try a new sensory experience. Keep some scented oils at your desk or pop in a piece of gum while working. Do anything that arouses your sense of smell, touch, taste, or sight.