On March 17th, 2009 Hanspaul Saund was diagnosed with Hodgkin’s Lymphoma. From there, he had to process all that was going on with one question still looming over his head: what would it be like living with cancer? The answer to his question: what would it be like living with cancer, would become crystal clear for him after becoming aware that cancer was showing up everywhere around him. It was plain and simple, it would just be living. It would be enjoying life. It would be surrounding himself with positive people and doing good deeds. Living with cancer for Hanspaul meant to be living with no fear of dying. That was his awakening and allowed him to live life in the moment. The day this registered within him felt like a rebirth and the renewed sense of life that has brought him to this moment in time and the concept behind Hanspaul's vision, "Cancertainly". Cancertainly eradicates the negative meaning behind cancer by changing it to cancertainly which Hanspaul defines as living in complete optimism throughout any road block encountered in life. 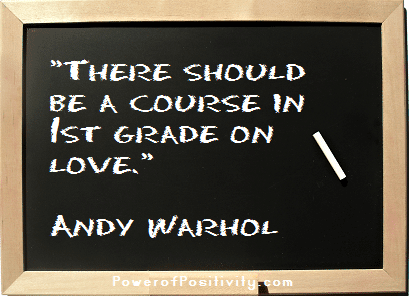 "I am sure of nothing so little as my own intentions." ~ George Byron Do you have good instincts? Are you a good ju...

Hanspaul Saund
March 22, 2013
Power of Positivity uses cookies to help us provide, protect and improve our site. By viewing, you agree to our Privacy Policy.Ok