s.The term artificial intelligence receives mixed emotions in society. Many people feel that AI means that robots will take over the jobs of many humans, and the job industry will suffer. Though the fear is that people will become obsolete, it’s far from the truth.

AI creates new jobs with the birth of innovative products and methods. AI-driven computers make decisions that don’t require human intervention. In the future, will a robot make a diagnosis in the medical field and remove some of the roles that a doctor plays?

It’s imperative to separate fact from fiction as many applications of artificial intelligence are already in use. It has made significant changes in modern medicine and the way physicians handle their patients.

What Can Artificial Intelligence Do for The Medical Field?

Outside of robots, artificial intelligence in the medical field gives doctors and medical centers life-saving information and data on demand. They can quickly identify a patient’s best treatment methods, the potential outcome, survival rates, and they can gather this data from patients across the globe in a matter of minutes.

Armed with computer power, AI can quickly analyze trends and make predictions. The ability to detect potential health outcomes is substantial. It can help doctors know which treatments to use and which ones to avoid.

Computers are programmed with statistical techniques, which means the data that is entered can be scrutinized to identify unique patterns. Doctors can use these trends to make decisions about their patients’ health.

Crossing the Barriers of the Human Brain

Decades of data that has been collected can be entered into computers that allows this information to be used for your health. Since these computers need very little human interaction, it’s able to cross barriers that were once impossible. Some experts believe that the ability of artificial intelligence to improve the health care field is astounding.

A machine can learn new information, which means that it can keep it straight and put the data to good use. It doesn’t have the limitations of the human brain. Take, for instance, the astounding correlation between ovarian cancer and blood pressure medication.

Women who are diagnosed with ovarian cancer, who also happen to take beta-blockers, can live almost five years longer. No human would be able to analyze the data and come up with that conclusion.

However, using artificial intelligence, it was easy for the computer to spit out this data. By merely putting a woman suffering from this form of cancer on a beta-blocker, it may add years to their life. While this big data has not been sent to a trial yet, it gives promising hope that wasn’t there before. 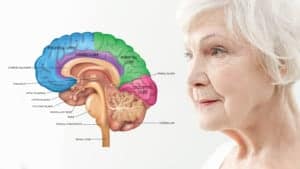 Medical experts have dreamed of using this kind of intelligence to help their patients. Another way that the big data can assist is by comparing one patient with another.

For instance, if you have Parkinson’s disease, the data can look at what’s been the most successful with similar patients. It allows doctors to have a brilliant discussion with you about what statistically has worked. Together, you can make an informed decision about your care.

Did you know that the human brain can receive about 34 GB of data each day? In total, it can hold the equivalent of three million hours of television shows. That’s quite impressive when you consider how much information that contains. While the brain can hold a substantial amount of data, it cannot even compare to a computer.

Think of AI as an advocate for you that is continuously looking for a better way to treat your condition and making sure that your doctor issued a diagnosis correctly based on previous data.

The Downside to Artificial Intelligence

Of course, many critics are against using artificial intelligence in the medical industry. One of the main points of concern is that big data can be used against doctors and hospitals.

If performance irregularities track, then the information can be used in lawsuits and other disciplinary actions. Can administrators discipline doctors and bring about lawsuits based on artificial intelligence data alone?

AI can also affect how the medical community treats a patient. Will some doctors do things to try to make the numbers look good in their favor, rather than have the best interest of the patient?

When it comes to a patient’s care, the stakes are high. Whenever people are involved, there will always be bureaucracies and competition, and this could directly affect the patient and the care they receive.

Consider top surgeons that are in high demand. One of the things that makes them at the top of their league is the survival rates of their patients. Some doctors may use artificial intelligence to refuse those that need a high-risk surgery.

Surgeons could eliminate the use of nonstandard treatments for fear that it will mess with the data and their status. There could be potential deaths from the lack of medical intervention that people desperately need. Consequently, AI can easily detect these trends.

If a surgeon purposely inflates their data by taking the easy cases and turning away the tough ones, then they taint the data. Or, if administrators manipulate the numbers when entering crucial data, then the use of AI is of little benefit.

The Advantages of AI Far Outweigh the Risks

The advantages of tapping into the power of AI far outweigh the risks. Using algorithms and various other types of intelligence has been around for some time. However, the medical community is just now beginning to learn how to collect and analyze the data for the good of the patients.

Over the past ten years, molecular biology has been the focus of study. Scientists have looked at the sequences of DNA and its associations. While it was exciting, the next decade seems to be dedicated to the development of big data.

Hospitals across the globe are adopting artificial intelligence as well as metric analyses to help in the care of their patients.

Most people think robots when they think of AI. However, AI only employs robots, only a portion of the time. One of the fascinating uses of this robot benefits autistic children.

Many autistic children can’t distinguish facial expressions. With the help of Dell Technologies, they created a robot that could teach children to identify emotions.

This robot, named Milo, is now used in 27 states around the country. It can help children from five to 17 years of age with facial expression recognition.