As a parent, you might be wondering about the ever-rising autism rates. More and more kids are diagnosed today with an Autism Spectrum Disorder or ASD than ever before.

Today there exists better diagnostic tools and a better grasp of ASD, which could affect this increased number. However, scientists realize there are more children with autism than anticipated. Many people wonder if autism is on the rise in the United States. So, are undiagnosed autism rates going up?

The Autism and Developmental Disabilities Monitoring Network (ADDM) was started in 2000. This group has observed over 300,000 eight-year-old kids in sixteen different states looking for symptoms of ASD. Using the ADDM process, a study began a decade ago to determine how many four-year-old children in certain areas showed characteristics of ASD. This study examined undiagnosed autism rates in seven specific districts and lasted for one year during the years 2010, 2012, and  2014.

Here are the results over the first three years:

Then in 2018, ADDM conducted another study on older children, finding that 1 in 59 eight-year-olds in eleven different areas showed characteristics of ASD. This study shows that ASD cases are on the rise. Of course, how we define ASD has changed, too, so that could be part of the reason. Plus, there are more studies being conducted all over the United States, but despite these other reasons, scientists believe the number of children with autism is growing. 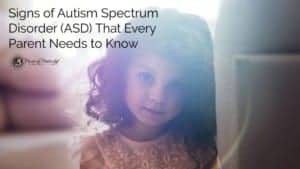 Recently, Rutgers University conducted a study where children in specific areas were observed for ASD. Many of the kids who showed ASD characteristics but had never been diagnosed with ASD. This study revealed that out of 4,498 children, 1,135 had ASD characteristics, without previously being diagnosed. Researchers think these kids were not diagnosed for several reasons. The probable causes include:

Being part of a minority group.

Language and cultural differences can slow down the complicated process of determining if a child has ASD. If English isn’t the child’s first language, an ASD diagnosis will also be delayed.

Minority parents may distrust the assessment, insisting the child has a medical condition, or it’s a cultural issue instead of ASD. These situations delay a child’s evaluation and treatment.

If the child is doing well academically in the early grades, his parents, teachers, or doctors may not be concerned.

Some children with ASD function well socially and academically. Adults may not have ASD concerns until the child is older. This delays the opportunity for evaluation and treatment.

Every parent should request an ASD evaluation. Those children with even the smallest signs of autism should receive an immediate diagnosis. ASD can be detected in kids as early as two years old. Doctors and teachers must help parents understand that early detection and treatment can give their child the best opportunity for treatment. 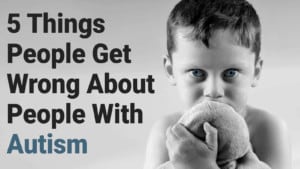 Autism is a formative condition that affects a child’s social communication and ability to function. ASD is a spectrum condition, which means this disorder has differing symptoms, from acute to mild.

Classic symptoms of ASD include:

Children with autism have social irregularities along with inflexibility in certain circumstances. Some symptoms are more exaggerated than others, but all kids with ASD have social and behavioral issues at some level.

Some children with ASD often have an exceptional ability to learn–and that’s a contributor to undiagnosed autism rates. Their challenges with learning are more common ones like interacting with a group in a classroom, sharing ideas appropriately, and being flexible around people. These kids often have are 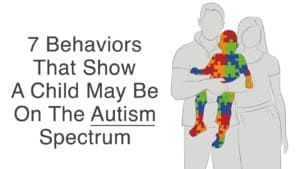 NDBI for children with autism

Fortunately, early diagnosis and treatment help kids with autism learn to function well in social situations and be more flexible.  Studies show that naturalistic developmental behavioral intervention or NDBI is a successful way to teach children with ASD. This intervention is two-fold, teaching excellent social and behavior skills in comfortable settings, motivating the child with rewards like games, toys, or privileges.

These sessions are usually led by a special education teacher who asks the ASD children questions encouraging their interactive discussion. She may stop and help a child to look her in the eyes or stop talking so others can share. When the discussion continues, if the child looks in her eyes and allows others to speak, the instructor rewards the child, usually with a special privilege to play with a specific toy or play a game they like.

The goal is to teach good social interaction at a young age. These sessions may be playtime for the child, such as playing a card game where the child must ask another child for a card, wait his turn and learn how to respond to losing or winning the game.

What if my child has autism?

You may suspect your child isn’t developing as he should. Perhaps for his age, he is behind in speech, and he doesn’t interact with others with eye contact or expression. Or he seems like a daydreamer, lost in his world. Your observations are helpful, and if you have any concerns, you should talk with your child’s pediatrician.

Scienced classifies ASD into five distinct syndromes. The symptoms of these syndromes look different in different children. The good news is that detecting ASD early and providing treatment will help. Never assume your child won’t have a happy, productive life. Many children and adults with ASD enjoy a great productive life at school, work, and in their community.

Five syndromes of autism are:

Kids with Aspergers don’t understand social norms. They may get obsessed over a topic, talking incessantly about it. However, they are often incredibly intelligent and command a fantastic vocabulary. Certain clothes may bother them, and they’ll refuse to wear anything with a texture they dislike. They need NDBI to teach them social protocols and how to be flexible. Changing their diet may help by eliminating sugar and food dyes.

Only girls are affected by this condition. Symptoms start at six months. These symptoms include hand flapping, delayed talking difficulties with fine and gross motor skills. Furthermore, the symptoms worsen over time with breathing problems, mental remission, teeth grinding, and lack of growth. Girls with Rett syndrome will need care for their entire life. Physical therapy may also help.

This is a severe disorder where a child develops typically until he reaches the age of two, then suddenly regresses. This syndrome is baffling to parents and doctors. The child may stop talking or looking into the eyes. They may lose the social abilities they had. Kids with CDD need early treatment, diet changes, speech, and occupational therapy.

This is your classic autism. Children with Kanner’s syndrome may have social ineptness, don’t make eye contact, overly sensitive to noise and light. These kids may be in loners, without interest in other people or activities. They do well in programs with other kids, need occupational therapy, and NDBI therapy to teach them social interactions.

Kids with PDD-NOS may not seem like they have autism. They may have social, physical, or speech delays, but then grow out of it. These kids often learn to overcome their challenges, totally unaware they have PDD-NOS. Additionally, they do need training in social skills, and changes in their diet can help, too. 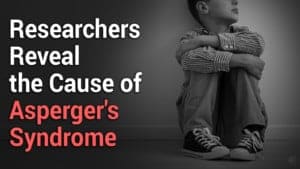 Undoubtedly, undiagnosed autism rates are up. Researchers are working hard to equip doctors, parents, and teachers to detect autism early on in a child. Children with autism benefit from consistent therapy will help them function at their schools, work, and communities.