In addition, a small minority of people spend roughly equal amounts of time introverting and extroverting. These interesting folks are  “ambiverts.” However, scientists classify the personalities of most people into one of the two main types.

The differences in personality types result from how our brains are wired and the variances in brain chemistry. Our environment can also influence how much we alternate between types.

The brains of introverts and extroverts are activated (aroused) under different circumstances. Extroverts require more stimulation from the outside world, which is where these individuals gain their energy. Introverts are stimulated internally and quickly deplete their energy with too much social interaction.

Here is the basic breakdown of Extroversion from the Myers & Briggs Foundation, administrators of the infamous Myers-Briggs Typology Indicator (MBTI) test. According to Myers & Briggs, extroverts:

– Get their energy from active involvement in events and various activities.

– Become excited and energized around other people.

– Are often seen as “outgoing” or as a “people person.”

– Have a wide range of friends and know many people.

– Are often seen as great motivators who inspire those they are around.

– Often dive into a project, hoping to figure out the details as they go along.

Terms that are often used when describing extroverts include: 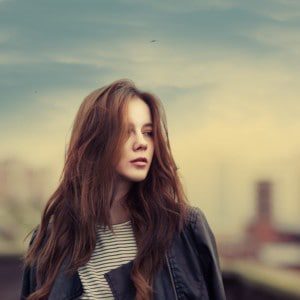 In general, extroversion is viewed more positively in Western society than elsewhere. The reason for this? Perhaps because extroverts outnumber introverts by about 3 to 1 in the United States and a few European countries. This number drops significantly as you move eastward from the U.S. on a map.

Extroverts also have higher levels of subjective happiness than introverts do. In fact, the often display more positive, outward emotions. Because of this, the group is well known for making people feel welcome, comfortable, and cared for. Also, due to this disposition, extroverts make excellent managers, coaches, leaders, politicians, counselors, and teachers. 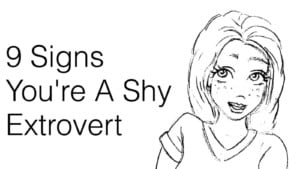 According to the Myers & Briggs Foundation introverts:

– Get their energy from ideas, pictures, memories, and other thoughts

– Energy is quickly depleted by socializing too much.

– Are often seen as “reflective” or “reserved.”

– Have a smaller circle of friends, but have deeper relationships.

– Often lay out a project in detail before diving in.

In addition, terms that psychologists frequently use when describing introverts include:

Introverts are the minority in Western society, especially in the United States. As a result, they often feel out of place. In other parts of the world, especially in Asia, introverts constitute the majority. Additionally, countries with a significant introverted population include Austria, Belgium, Czech Republic, Denmark, Finland, Iceland, Sweden, and Switzerland.

Due to the common misconceptions of introverts, we sometimes view them as not a “happy” group. However, introverts are “happy” – just under different circumstances. This means that too much social interaction drains introverts of their relatively limited energy supply. On the other hand, solitude and quiet environments recharge them. In fact, it’s the exact opposite of their extroverted counterparts.