By Power of PositivityPublished on January 12, 2015Last modified July 20, 2022
Sigmund Freud, considered to be the father of psychoanalysis, studied a very complex set of theories about the human ego. He surmised the following basic precepts.

In layman’s terms, the ego is responsible for mediating impulses and desires with responsible, socially-acceptable actions. But those with excessive egos do not adequately balance their desires with action; instead, they act on what is most self-serving, instantaneous, and beneficial – otherwise known as immediate gratification.

“We must go beyond the constant clamor of ego, beyond the tools of logic and reason, to the still, calm place within us: the realm of the soul.” – Deepak Chopra

Here are nine signs your ego is in control of your life: 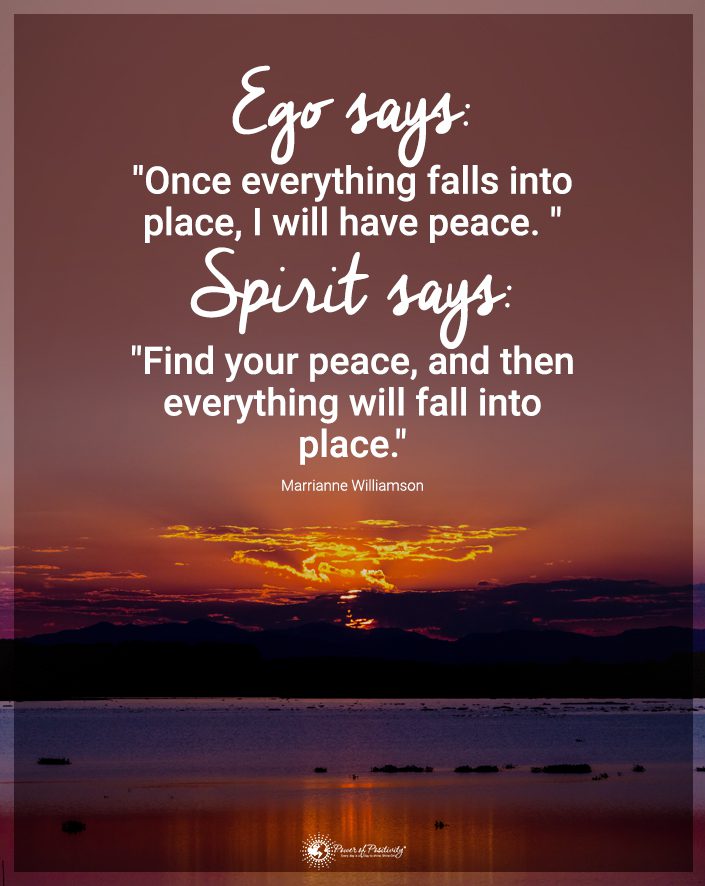 1. Too much is never enough

Greed can bring down an individual, a family… even a society. It’s normal to want to achieve success, possess nice things and have some security. It isn’t normal to have an insatiable desire to attain the most of something– money, cars, homes, power, etc. In fact, such behavior is included in the textbook definition of narcissism.

If you want to see what greed can do to an individual, type ‘Bernie Madoff’ or ‘Charles Ponzi’ into a Google search. To see what insatiable greed can do to a society, type in ‘Great Depression’ or ‘2008 financial crises’. While these may be considered extreme examples by some, such events began with one person’s gluttonous thoughts and actions.

Takeaway: Attempt to rein in your impulses to always acquire a more, while showing gratitude about what you already have.

Can you remember when someone was promoted at work? What was your reaction? Were you happy for the person or envious of what they’ve attained?

People with large egos don’t appreciate when someone achieves success; especially success that they feel was rightfully theirs. This is seen quite often in the workplace where two co-workers vie for a coveted promotion, only to have the envious one feeling that they were wronged.

Takeaway: Even if you don’t want to congratulate someone, do it anyways. You’ll feel better and likely find that more doors open up for you.

3. Redirecting the attention back to you

Here’s something interesting: attention seekers are likely to have inflated egos. Actually, that’s really not all that interesting. It actually makes perfect sense because everything is about them!

The need to always be the center of attention no matter what – in meetings, at parties, during conversations, etc. – is a telltale sign that the ego has become a little too big. Everyone should have the chance to be seen and heard.

Takeaway: Understand that attention-seeking behavior is counter-productive; it’s also obnoxious, rude, and annoying. Even when you may not necessarily feel like it, give others the chance to be seen and heard.

Here’s the thing: no matter what you do; the skills you have; the talent you’re born with; the look that you’ve got; the intelligence that you possess – you’ll find someone, somewhere that is “more” talented, attractive, smarter, and successful.

Comparing yourself only succeeds at one thing – making you upset and potentially undermining any progress that you’ve achieved in the process. It’s an absolute waste of time and energy. Being the best possible at what you’re attempting to achieve is all that you should need.

The need to feel appreciated is normal and healthy. We all want to feel that our contributions are recognized and valued. Egotists take this need to another level by always needing to feel validated through excessive acts of respect and recognition.

You’ve likely seen this in the workplace at one time or another; maybe a co-worker or boss who incessantly sought recognition for virtually everything they achieved from the time they clocked in. 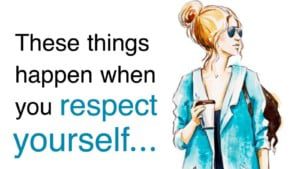 Takeaway: The only respect that you should require is self-respect. The fact that you’ve done a good job and gave your best effort is enough. People will recognize your efforts and contributions, while in turn giving you the respect and recognition that is due.

The ego is something that will protect and defend itself from unpleasant feelings. For those with an excessive ego, they will take any subtle disagreement and turn it into an argument. They perceive any resistance to their thoughts and actions as “attacks”.

Being defensive continuously can damage relationships, career and personal growth, and make them more critical – of themselves and others. It’s simply a bad personality trait to have. 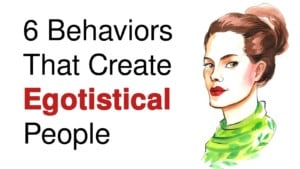 Takeaway: Make the attempt to actively listen while accepting resistance and constructive criticism. People who resist a thought or idea are often not doing so out of contempt, so don’t take it personally.

7. Rarely (if ever) helping others

Our culture, at least in America, is very individualistic and self-serving. Unless we make a conscious decision to disregard this influence, it is very easy to think and act this way by default.

People who have ego problems are very individualistic; if a situation or circumstance does not pertain to them then it’s not worth their time or effort. We see this often in societies defined by class and status. The result has been the degradation of the social contract, the indifference to suffering, and the increased emphasis on materialism.

Do something positive for those that are less fortunate by donating or volunteering. Don’t buy into the notion that the accumulation of wealth and possessions will place you into another “class”.

Takeaway: Do something to help others instead of focusing on your own gains.

Setting goals is a powerful, productive action that empowers us to strive for excellence. It is human nature to desire accomplishment and the rewards that come with achieving a goal.

However, setting unrealistic goals is counterproductive; often done out of pride or ego. No matter how unachievable or unrealistic, egotists set these goals to internally demonstrate their superiority. 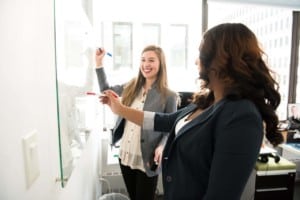 Takeaway: Goals are great, but be realistic when constructing them. Further, set mini-goals that will provide immediate, actionable things that you can do to achieve the desired outcome. 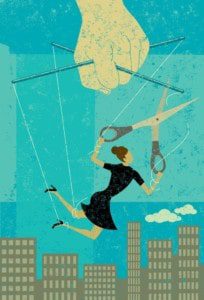 When it comes to manipulation and control, egotists are not afraid to throw a compliment or two someone’s way to get what they want. They think of it like throwing a bone or an eager dog; the person on the receiving end should be extremely grateful. Mind you, this is all in their head.

Takeaway: Regardless of the situation, don’t use manipulation as a way to get what you want. Not only will you likely be unsuccessful, but people will quickly lose trust and respect for you.