When you are ready to give someone a piece of your mind, it’s tempting to let them hear every angry thing you’ve been holding back, but giving a bit of your heart instead might surprise you with unexpected joy. Let’s look at some positive ways to refrain from responding with anger and instead, respond with heartfelt love.

Here are 5 ways to give someone a piece of your heart (not your mind):

1. Seek to understand them by being curious

You may be frustrated by the other person’s lack of willingness to listen, but what about your own willingness to listen? Ask them to tell you more about why they feel the way they do and listen without waiting for your turn to talk. Ask another question. What is the result that they are looking for? Again, listen with curiosity as if someone fascinating is telling you a story. This approach of seeking first to understand the other person before demanding that they understand you is a way to gain information, allow for the sharing of ideas, and demonstrate your willingness to learn and listen.

No matter how loving and accepting you are, you don’t have to love and accept someone’s unloving and unkind behavior. That’s what healthy boundaries are all about. However, simply letting the other person know that you accept them, mistakes and all, is a good starting point to a productive conversation. With acceptance out in the open, you can discuss your differences and learn from your diverse experiences rather than focus on perceived separateness from the other person.

Nurturing doesn’t come easily to many people, but the easiest way to use kind words is to think of what you would want to hear yourself. No one wants to be called a name or be made to feel less than someone else. Start by thinking about how you would ideally like to hear some potentially upsetting feedback that was directed at you. For example, if someone told you that you had bad breath, it could upset you, but is there a kind way to do it? Think of the most loving way for someone to address a sensitive topic with you and use that same sensitive, caring tone for the other person when you give them a piece of your mind.

4. Find places to lighten the mood with humor

Researchers studying people who have a high level of emotional intelligence, sense unease in others and take action to reduce the tension, preferred to seek collaborative solutions when confronted with conflict. Working together collaboratively with some give and take shows that you are making an effort to place their feelings in high regard.

Adding laughter and joy to a tense conversation can also change the overall feeling of both parties to a positive one, but doing so with tact requires a little skill and emotional intelligence. Look to add some self-deprecating humor when the time is appropriate. For example, you might say, “As you can tell from my many past failed relationships, I’m still working on being good at communicating,” and follow the joke with a laugh at your own expense while explaining that you want to do better at your communication starting now. 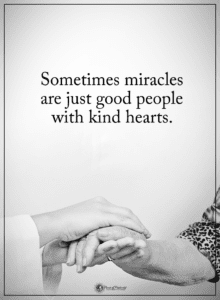 5. Manage emotions to bring out the best in them while being your best self

Ultimately the goal is to help the other person to feel empowered and enlightened by the interaction that they are having with you. Research shows that vulnerability to negative emotions like sadness is associated with the brain’s bias toward paying attention to negative information, rather than the positive things that the other person is saying. In order to achieve a loving resolution that results in giving someone a piece of your heart, a part of your brain called the anterior cingulate cortex (ACC) has to regulate your own emotional reactions to what is being said.

Giving someone a piece of your heart rather than a piece of your mind is a skill that can be enhanced by practicing these 5 conflict resolution strategies. Ultimately, seeking a win-win solution for both parties should leave you feeling like you gave a bit of your heart, but uplifting your adversary even higher is an even loftier goal.