A Sagittarius is the known hunter of the zodiac, with its element being fire. While they may not be leading the charge in the grouping of zodiac signs of known traits like “the most stubborn signs,” “highly emotional signs,” or “these signs have a hard time forgiving and will seek revenge,” they can fall into different groups of popular traits.

Sags have their traits or qualities that are more like a moral code for them than a set of “rules.” These traits or moral codes that every Sagittarius have are what you will want to know and understand if you’re going to have and keep any relationship with them.

While this sign may not be leading the charge in know groups that many zodiac signs fall into, for example, “never double-cross” or “they are indecisive,” they do lead in one fundamental group: “being free-spirited.” Having a relationship with a Sag can be fun and random.

On the other hand, that relationship can be slightly stressful and end quickly if you don’t follow these rules listed below.

1) Saying they or someone they love lacks passion

One thing a Sagittarius never lacks in doing is following their passion. Be it in their professional or personal life. They do what their heart and their free-spirited natural tells them to go and do.

While it can seem that a Sag may live by the seat of their pants, they want to live their life by what feels right for them that’s achieved through a somewhat planned out plan.

No one likes to be lied to, let alone be cheated on. Anyone under any zodiac sign would hate this happening to them. So why do they hate more than say some other signs? Only because it all falls under another category for a Sag, fakeness!

To lie to them or around them brings a nasty cloud of falsehood that they hate touching their energy. To cheat on a Sag or to do something around a Sag that involves cheating is beyond acceptable. In their eyes, there is no reason to lie, to be fake, or to hurt someone.

Consider this to be part of the “10 commandments” for a Sagittarius that you do not break. A healthy and happy relationship or friendship is what they want and need.

3) Try to force them to be lazy for long periods

If the zodiac signs had a modern product to represent them, the Sagittarius sign would have an energy drink or coffee brand logo attached to it. They never stay still! Do not be caught off guard if they have multiple projects going on around the house at different stages, especially when they are stressed.

Its common knowledge that rest is good for the body and the mind. There are scientific articles out there proving it. However, to a Sagittarius, a few too many nights of “Netflix and chill” can make one into a couch potato, and they hate that.

If you want to have a good relationship with anyone born under this sign, make sure that you have a healthy balance between relaxation and adventure.

4) Trying to change their wild nature

Anyone born under this sign will never fall into the straight lace, always predictable lifestyle. You would be wasting your breath if you tried to talk them into having a life that they do not want.

Sags are the type of people who believe in fate. Letting fate take its course can be viewed as a massive influence on their wild nature and how they navigate through life. Think of them having more a rough draft outline of how their life will go then a final draft.

On the other hand, do not think that someone with Sagittarius in their chart or as their sun sign can not be faithful or have long and happy, fulfilling relationships because they absolutely can. Just plan on your life to be filled with more adventure at times than others.

5) Keeping them out of the conversations

They hate when people exclude them from any discussion that could affect them or the ones they love. And, in general, they hate secrets! They will gladly talk your ear off if you let them because they have so much information that they are passionate about. They want to share and be social.

One thing you should also do is if you want to get them a gift for a special occasion but are not sure what to get them, ask their family, lover, or friends when they are not in the room. If you are texting someone for a gift idea, make sure a Sag is not near them if the gift is for them.

While taking these extra steps may seem like extra work, but it will not make them feel like you are helping keep secrets from them and getting them out of the conversation. It will save both of you the feeling of resentment.

One thing a Sagittarius can not stand being said to them or around them is being told what they can or can not do. The immediate thought that comes to them is, “what right is it of you to say that?”

If you want them to do something, it is better to suggest it or to make them believe that it was their idea in the first place.

7) Keeping secrets from them

Be it a little white lie or worse, keeping any secrets from a Sag will irate them to no end. To have a healthy relationship with them would require you to be upfront with about what is going on and to let them in on what is going on even if it adds unwanted stress.

You will be happier in the end if you don’t exclude them or take it to your grave.

It would be an understatement to say that someone with this sign in their chart is not up for debate at the drop of a hat. They hate when people tell them they are wrong when there are no facts to back up that claim up.

It does not matter if you have a different opinion or not, if you have no facts to back it or ethical reasons why you disagree, they will prove or at least say you are wrong.

9) Taking the fun out of life

Having a boring life drives this sign crazy. Life should be filled with adventure and seeing where the wind or in this sign’s case, fate takes them. The same goes for the friendships and personal relationships Sags have. They hate when someone takes the fun out of something they hold dear.

If you need them to slow down or to take a day off if you will from their busy schedule, they have you on, suggest a night in, but still doing something that they enjoy. This way, you can get time to relax, and they don’t feel like you are trying to change them.

Broken promises translate to being untrustworthy and lying to a Sag. It is different if something uncontrollable comes up, but if you can’t keep your promises or break your word, then it is best not to issue them in the first place.

While it may not make sense to some, being lied to and suffering the disappointments from broken promises hurts Sags deeper then what people give them credit.

Unless forced, Sags will not do business with or associate with fake people. This goes back to them not wanting to deal with anyone who cheats, lies, and which only give out empty promises. This fakeness is toxic, and Sagittarius is astute enough to notice this.

Be it people or animals, to harm others unnecessarily for any reason is uncalled for and cruel. Hurting others is something unjust and unforgivable in their eyes. 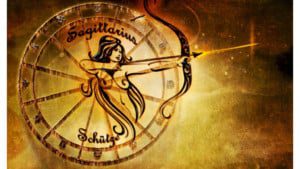 Final Thoughts: If You Stay on Their Good Side, Sagittarians Are Great People

After you have read all these moral codes that Sags have, you will have a better understanding of the mindset of a Sag. Be it their sun sign or somewhere in their birth chart, everyone who has this zodiac sign somewhere in their chart will have some of these pet peeves that irritate them.

Sagittarius can make great friends and passionate lovers due to their free spirit and their love for adventure. Do not be scared off by believing that they cannot have faithful and fulfilling relationships because of their wild nature. They can make great partners and friends.