Have you ever met the woman of your dreams whose traits check all the boxes? Sometimes, this woman appears at the most unexpected moment and the most inconvenient time in your life but she could change your life forever.

Clearly, if she has made an impact on you then she’s not going to be easy to forget. But if she popped in your life when the time is right, then the universe has blessed you with finding this rare woman. Do yourself a favor by recognizing her amazing traits and never, ever letting her go.

“Authentic feminity is a combination of class, tenderness, and virtue. When a woman possesses these traits, a man will naturally want to be more of a gentleman around her.” – Jason Evert

1.    She has a positive outlook on life

You’ll never forget a woman whose best traits include having a positive outlook on life. If she’s someone who always sees the glass as half full, you’re likely going to be touched and inspired by her optimism.

According to a study in the journal American Academy of Neurology, cynical and negative people develop diseases faster than positive people, so for your health and sanity’s sake, stick with a positive person.

2.    She is honest about her feelings

A man will never forget a woman who’s honest about her feelings and perceptions in life. Even if this honesty means showing her displeasure, frustrations, and anger, the men will appreciate her for being authentic about it even more, according to experts from Florida State University.

A smart woman will be more unforgettable and stimulating than a gorgeous woman because she can challenge you intellectually.

A study in the University of Aberdeen revealed that men who end up marrying a woman who’s smarter than them end up living longer. Perhaps the saying is true that “Behind every great man is a greater woman.”

4.    She has a kind and nurturing heart

You won’t forget a woman with a kind and nurturing heart. These characteristics are generally the mark of a good person. If she’s not kind-hearted, she will not likely make a great impact on your life. Worse yet, she could give you trauma that you won’t be able to shake off.

Experts say that men have craved for nurturing women since the beginning of time. But with today’s conveniences, it’s not always easy to find this trait in modern women. This doesn’t mean, however, that men aren’t looking for this.

Some people associate a kind and nurturing personality to having a maternal instinct. However,  even if a woman can’t physically bear children, she can still develop this natural response to those close to her, according to National Geographic.

5.    She can be loads of fun and game for doing crazy stuff

It’s hard to forget a woman who doesn’t take herself seriously. What is not to love about a person who can also laugh at herself? People will likely want to be in her company if she’s game for some fun and won’t back down when asked to join in something crazy.

A woman who is able to enjoy time alone and who values the pursuit of her own pleasures and goals is a woman who loves her independence. She can be in partnership with a man but still have a good life of her own. She doesn’t need a man but she still enjoys the company of men. Can you see the difference?

This is the kind of woman who’s established, mature, and secure about who she is and what she wants. It shows the strength of her character.

You won’t forget a woman who makes you feel that you belong. Being around her is so comforting and soothing that it’s like you’re always home. If there’s no other place you’d rather be than with her, it’s hard to let go of this kind of person.

If she gives you contentment, you’ll feel more positive every day. A woman like this will give your life order and a sense that everything has fallen into place.

8.    She compromises and makes things work

A woman who’s willing to compromise and adjust is hard to forget because life with her is about making things work. These days, it’s not easy to find someone who puts forth an effort to make it work.

A woman who is willing to compromise makes a great relationship partner because she’s willing to set aside her ego, as well as her own wants and needs, for the good of the partnership. How lucky are you to have a person like this in your life, who won’t give up at the slightest problem!

Disagreements and arguments are inevitable if you’re trying to remain in a committed relationship with another person. But if she’s willing to compromise, chances are she will influence you too. It’s hard to forget a woman who can compel you to make the right choices that will positively impact another person.

She’s a strong woman in a sense that nothing will dampen her spirit or ruin her passion. She might demand equality but she will also acknowledge that men should woo and please the ladies once in a while.

The true strength of an unforgettable woman is in her ability to embrace her femininity despite her accomplishments and her intelligence.

Women with these qualities are rare; it’s hard to forget about them if they have touched your life.  Men won’t forget a girl who’s strong enough not to put up with their nonsense.

10. She’s accepting of your flaws

Finding a woman who’s accepting of your flaws is like winning the jackpot. How can you forget a woman who will love you for who you are? It’s this kind of a person who’s in it for the long haul and who’s serious about making a lasting commitment.

It’s a choice and a sacrifice to stay in a relationship. It takes hard work to make a union work between two flawed human beings. If she has seen you at your worst and still wants to be with you, you know that this woman genuinely cares for and loves you. So, forgetting and letting go of this woman would be a big mistake.

According to the Journal of Behavioral Medicine, being forgiving is the secret to long life and good health. If a person chooses to be accepting of her partner’s flaws and mistakes, and still loves unconditionally, she can actually live longer. 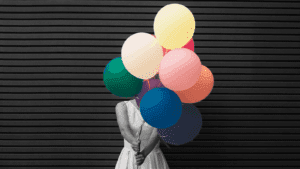 So, if you find a woman who has a forgiving heart and who doesn’t bear grudges, you’ll likely remember her. What is more, it would make sense to never let her go. This is a keeper. Your life will be a lot better if you have a partner who’s able to forgive you and your imperfections.

Final Thoughts On Traits Of A Woman You’ll Never Forget

The uniqueness of a human being is what makes the search for that perfect mate challenging but also interesting. For decades, scientists have been trying to study the behaviors of humans who fall in love, find a partner, and commit to a long-term relationship.

While every man has a different standard, these 11 traits in a woman could help it make it easier for you to recognize and find your true love. When you see these traits in the woman you’re dating then you have a positive chance of making the relationship last.

Now, it’s not easy to spot this great personality with just one date. You have to put yourself out there; mingle, date, and also do your part to make the relationship work. If she’s the woman who brings light to your life because she has all these qualities, don’t make the mistake of taking her for granted.

Related Items a woman not to forget a woman you'll never forget traits of a woman woman
Power of Positivity uses cookies to give you the most relevant experience. For more information see our Privacy Policy.
Continue
Manage consent