We face the growing use of technology and an ever-increasing fast pace of modern life. Thus, people spend less time in nature than ever before.

According to a study published by the National Academy of Sciences of the USA, people today spend 25% less time outdoors than they did 20 years ago. Instead, most people use their free time to play video games, watch TV, or scroll through their social media accounts.

Many of us have gotten used to the instant gratification that entertainment provides. But many forget about the sheer pleasure that comes from just sitting with Mother Nature for a while.

Nature can do wonders for your mental health. So if you have neglected your time with Earth lately, these incredible examples of nature healing the mind might encourage you to hit the trails again. 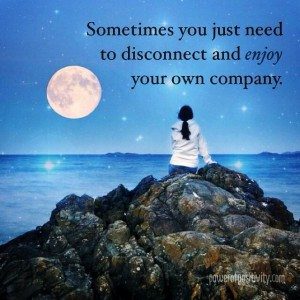 After spending time outside, have you ever noticed that you feel more lively, cheerful, and refreshed? Well, there’s actually a scientific reason behind that. Several studies suggest that spending time in nature increases vitality. Furthermore, the research finds that just 20 minutes a day out in nature can significantly boost energy levels. Richard Ryan, the lead author of the scientific studies mentioned above and a professor of psychology at the University of Rochester, says:

“We have a natural connection with living things. Nature is something within which we flourish, so having it be more a part of our lives is critical, especially when we live and work in built environments.”

A study published in the journal PLOSone indicated that immersion in nature can boost creativity by as much as 50%! Participants in the study had to spend four to six days in nature. They completely disconnected from all technology. Psychologists explained that because of the gentle, more relaxing stimuli in nature, people’s attentional system becomes rejuvenated and able to function correctly. Whereas, in modern society, we constantly have to switch between tasks. That’s not to mention we expose our ears to loud, sudden noises.

If you have been struggling to bring out your creative energy or inner peace, try spending more time in nature!

Numerous studies have found that time spent outside can greatly reduce stress. For example, a study published in 2012 in the journal Landscape and Urban Planning revealed that out of 25 healthy adults living in Scotland, those who lived in areas with the most greenery had lower levels of cortisol.

Stress can increase your risk of mental and physical illnesses, but among all remedies, nature is one of the easiest ways to heal the mind and recharge the soul.

Along with all the other benefits of nature, a bit of greenery can go a long way in helping those who suffer from dementia. Researchers at the University of Exeter Medical School discovered that when administrators installed gardens in nursing homes, the patients showed less agitation. Plus, they enjoyed more relaxation and appeared to be more stimulated mentally.

The researchers believe that the gardens triggered past memories that brought the patients pleasure and relaxation. They may have tended to a garden in the past, so putting one in their nursing home unearthed happy memories for them. Also, the stimulation from natural elements helped to lessen dementia symptoms.

By either looking at an image of nature or going for a nature walk, you could improve your short-term memory by 20%. In a study performed by researchers from the University of Michigan, they placed participants in two groups: one that would walk around an arboretum and another that walked down a busy street. Before going for the walk, each group had to repeat random numbers to the researchers in reverse order.

6. Nature will give you a better connection to the world around you. 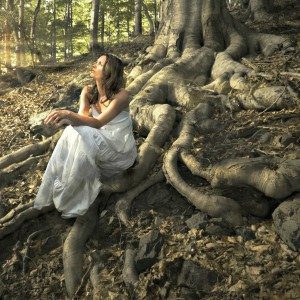 A study published in the Journal of the Study of Religion, Nature, and Culture, found that kids who were outdoors playing for between 5 to 10 hours a week had a stronger spiritual connection to the Earth (Van Wieren & Kellert, 2013). The researchers of the study also interviewed the parents of the children and discovered that the children who spent a lot of time in nature had parents who also loved the outdoors.

This study proves that nature can help both adults AND children feel more connected to the Earth.

City life can disrupt many aspects of a person’s mental state, but living in a more ‘green’ urban area can boost mental health for up to three years. The fact that the people in the study showed a consistently positive mental state throughout a three year period lends even more credibility to the immense power of Mother Nature on the human spirit.

8. Exercising in nature can increase your self-esteem.

Did you know that just five minutes of exercising outdoors can improve your self-confidence? Out of 1,252 participants who took part in 10 separate studies, researchers found that those who exercised near water showed the most improvement. However, any sort of natural setting helped boost the volunteers’ self-esteem.

Related Article: 10 Ways to Boost Your Self Esteem

A study published in Applied Psychology: Health and Well-Being followed400 children who suffered from ADHD. They found that those who spent more time outdoors had better concentration and appeared more relaxed and content. Interestingly, the study also revealed that the children who sat indoors looking out at greenery showed less severe symptoms than those who played outside in a man-made structure with no nature around.