There are different kinds of skin rashes. They are often uncomfortable and sometimes very painful. Heat rash, also known as miliaria, is one of the most common skin rashes.

Miliara often affects adults and children during hot and humid conditions. It is often a result of the blocking of the pores which makes it nearly impossible to sweat.

The cause is attributed to friction, usually on the surface of the skin. Among adults, miliaria develops along the body parts that rub together causing friction. Miliara occurs across both sexes but there are some studies that have shown it is more common in men. [1] It occurs when the eccrine sweat duct is blocked. Other names include prickly heat or sweat rash. There are different kinds of sweat rashes and they are classified based on the severity:

This is the most common and mildest type of sweat rash. In case you have Miliaria crystalline, you will notice white bumps, usually filled with fluid forming on the surface of your skin. The condition can be caused by heat, fever, and occasionally some drugs (bethanechol and isotretinoin) [2]

Miliaria crystalline is never itchy or painful, which is contrary to popular beliefs. This sweat rash is more common in babies than in adults.

If you’re an adult and experiencing a sweat rash, chances are high you have Miliaria Rubra. This kind of rash is known for causing discomfort compared to Miliaria crystalline. This is because it goes deeper on the outer layer of the epidermis. The condition is caused by hot or humid conditions. Some of the symptoms include:

The bumps caused by Miliaria Rubra can progressively get worse and be filled with pus. [3] When it results in pus, the condition is referred to as miliaria pustulosa.

This has to be the least common kind of heat rash. There are high chances of it recurring and becoming a chronic disease. It occurs in the deeper layer of the skin, which makes it stubborn to treat. It is common in adults who sweat a lot after physical activity.

The bumps are flesh-colored and are usually larger than the other kinds of sweat rashes,. It may lead to dizziness and nausea because the pores are blocked completely thus preventing the sweat from leaving the body.

Contrary to popular beliefs, a person can also get heat rash in cooler temperatures. There are certain clothes that can trap sweat which makes it difficult for the skin to breath. Intense physical activity could also lead to a heat rash. Miliaria develops when the skin is clogged and can’t release sweat as a result.

When to See a Doctor

The condition is not always serious and should clear after a few days even without treatment. You should contact your doctor if you start experiencing:

You should also see a doctor if the condition is affecting your young child and doesn’t clear after a couple of days. The doctor might recommend applying some specific lotion like lanolin and calamite to reduce the itching.

There are some basic tips you could follow to avoid heat rash:

Avoid Tight Clothing: These are clothes that don’t allow the skin to breathe. Look for moisture-wicking clothing for your exercises as they prevent the buildup of sweat on the skin.

Cool Off: Make sure you’re not heating up during the warmer months. Go for a swim and take quick showers whenever the temperatures are unbearable.

10 Heat Rash Home Remedies You Could Try For Instant Relief

As much as most sweat rashes will clear after a couple of days, there are heat rash home remedies that could provide relief and are highly recommended.

Olive oil is full of Vitamin E and helps in healing and replenishing of the skin cells after a lot of itching. The Vitamin E acts as an antioxidant and provides relief from the constant itching. You can mix a combination of honey and virgin olive oil to be applied on the rash daily until it heals. According to aesthetic plastic surgeon Paul Lorenc, MD, “Olive oil contains antioxidants that fight free-radical damage and an ingredient called squalene, which is extremely hydrating.”

Coconut oil and castor oil have also been found to be among the effective heat rash home remedies.

Baking soda is readily available in most homes and is used as a remedy for many ailments. It can come in handy when dealing with sweat rashes and also in providing relief from itching and inflammation.

Start by adding three parts water to 1 part baking soda and then apply to the affected area using a clean cloth. You can make it more effective by adding coconut oil to the mixture. You should not leave the baking soda to stay on your skin for a long time as it may lead to irritation.

Oatmeal comes highly recommended for prickly skin. It can provide immediate relief from constant itching and inflammation. It can also be helpful in treating rashes that are triggered by allergies, poison, sunburn, and even chicken pox.

Mix warm water with finely grounded oatmeal and let it soak for about 20 minutes. You can apply equal amounts of plain yogurt mixed with honey together with the oatmeal. You can repeat the procedure daily until the rashes heal.

Nearly every beauty product has aloe vera as one of the components. Aloe vera is used to treat skin diseases because of its emollient, antifungal, anti-inflammatory, and antibacterial properties. [4] It will not only treat the rashes but will also help in smoothening the skin. It is recommended you use fresh aloe vera for the rashes, but you can always opt for the gel if it is not available.

This is not a popular technique but is still one of the effective heat rash home remedies you could try out. It works best for rashes caused by heat, bites by insects, shingles, and poison ivy. A cold compress helps by reducing the swelling, itching, and inflammation. You should try it out when you notice the rashes are developing into blisters. Gently compress the affected area with ice cubes for a couple of minutes. Never place the ice cubes directly on the skin, as it could lead to further irritation.

Apple cider vinegar is another solution that is readily available in most homes. It can be used to treat rashes and provide relief from the itching. It contains acetic acid which comes in handy when countering skin allergies and infections which could aggravate the situation. 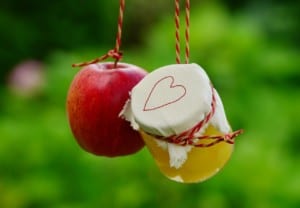